Oil and gas outperformed other sectors in terms of combined revenue and profitability in 2018, according to GlobalData, a leading data and analytics company.

GlobalData analyzed the total year-on-year (YoY) revenue and profit change of 10 core business sectors, based on the performance of the top 20 publicly-traded companies picked based on market capitalization in each sector.

Besides oil and gas, technology, construction and medical equipment were the standout performers as they witnessed double digit growth in terms of combined revenue and profitability. 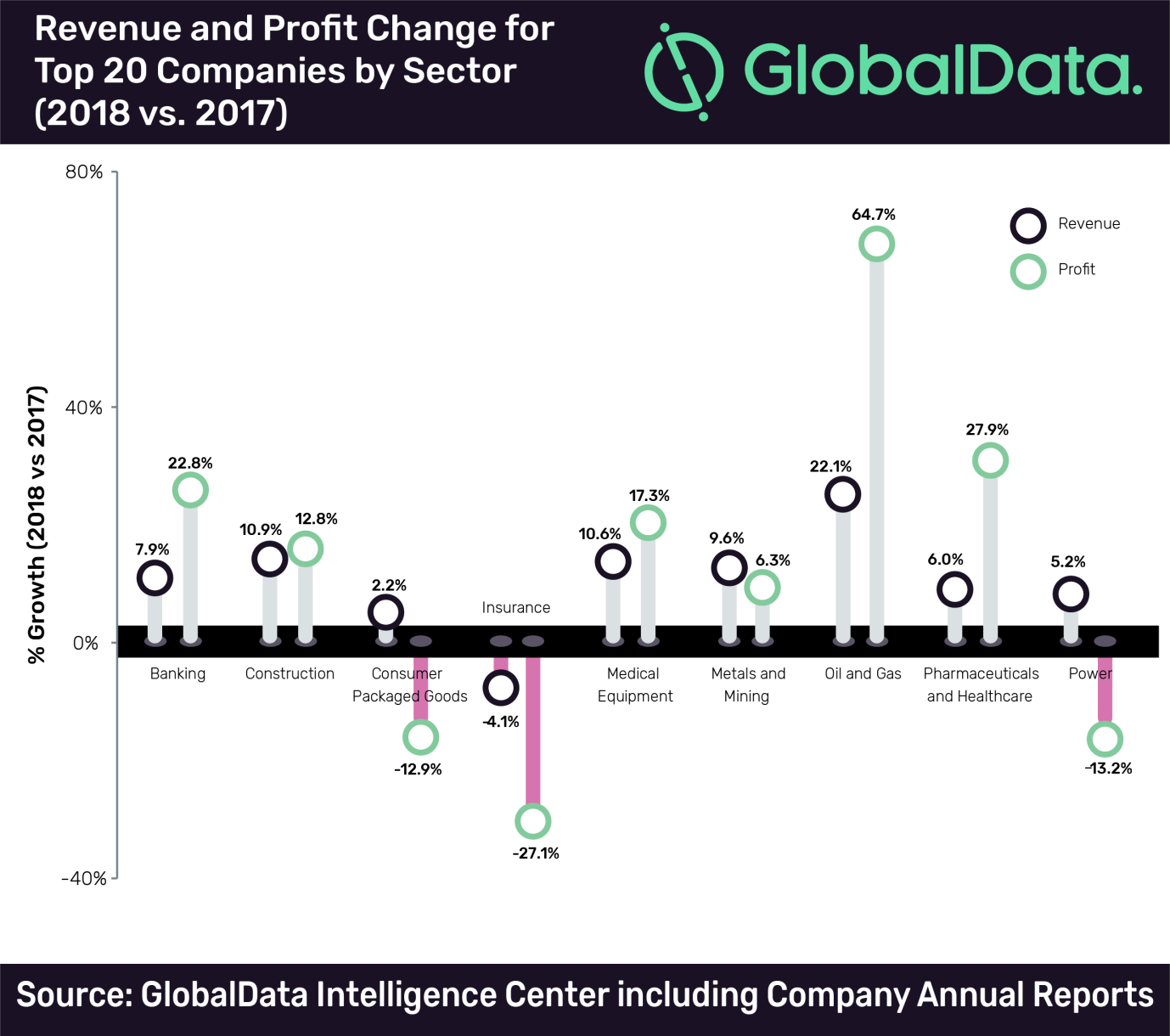 Parth Vala, Company Profiles Analyst at GlobalData, comments: “Oil and gas companies benefitted from the rise in oil prices due to tightening supply on account of production adjustment agreement between OPEC and non-OPEC oil-producing members, and the US sanctions on Iran and Venezuela.

“In the coming months, oil prices are expected to further rise as recent attacks on Saudi Aramco’s oil facilities can have prolonged disruption in global oil supply.”

On the other hand, top technology companies continued to remain on the growth path.

Vala explains: “The growth is driven by the growing need to achieve operational efficiencies cutting across sectors. Driving these transformations are disruptive technologies such as artificial intelligence, cloud computing, cybersecurity, Internet of Things, blockchain and digital payments.”

The list of top 20 construction contractors was dominated by players from Asia-Pacific, especially from China and Japan. In China last year, in view of slowdown in the construction sector, the government issued guidelines to invest in infrastructure projects and use special bonds to finance such projects. The Tokyo 2020 Olympics is one of the major drivers responsible for growth in the Japan’s construction industry.

Vala continues: “To benefit from such growth-conducive environment, mergers and acquisitions are also on the rise, which were witnessed even among the top 20.”

Companies such as Abbott, Thermo Fisher, Danaher, Becton Dickinson and Co, Stryker Corp and Boston Scientific made several acquisitions in 2018.

On the other hand, insurance was the only sector that reported decline in both combined revenue and profitability.

Vala comments: “Drop in revenue was largely due to decline in the performance of European majors such as Allianz, AXA, Prudential, Zurich Insurance and Munich Re. Low interest rate environment, uncertainty over Brexit and complex insurance-based investment products remain major headwinds.”

US insurers such as Berkshire, Aflac, AIG and Prudential Financial too reported substantial YoY decline in profitability.