Majority (15) of the banks in the GlobalData’s list of top 25 publicly traded global banking institutions by market capitalization (M Cap) reported quarter-on-quarter (QoQ) decline during the third quarter (Q3) ended on 30 September 2019, according to GlobalData, a leading data and analytics company. 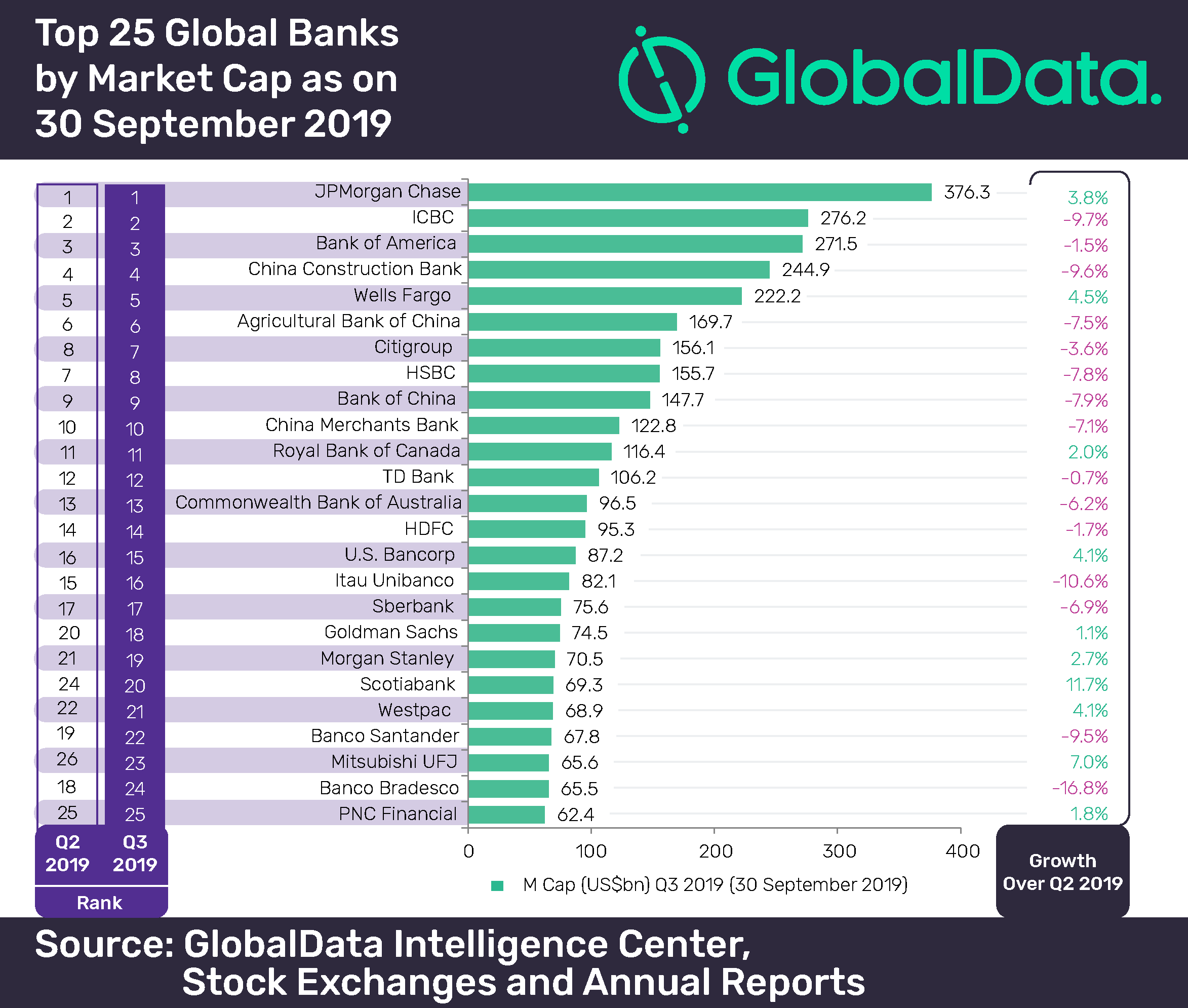 In terms of ranking, 14 players maintained their position, while Scotiabank jumped four places to be at 20th position. Banco Bradesco slipped six places to settle at 24th place while Mitsubishi UFJ was back in top 25 as China-based Bank of Communications moved out due to yuan depreciation.

Parth Vala, Company Profiles Analyst at GlobalData, comments: “Banco Bradesco and Itau Unibanco seem to have been affected as investors are increasingly moving towards and investing in fintechs, as compared to that in traditional financing services providers.

“There was a capital raise of about BRL1.25bn from SoftBank by Brazil’s online lender, Banco Inter, whose stock rose over 20%. SoftBank’s investment in the online lender is a sign that challenging days are ahead for conventional banks in the country.”

A EUR1.5 billion write-down of UK franchise on account of unintended effects of ring-fencing legislation and looming Brexit uncertainty were the major drivers that affected Banco Santander’s M Cap.

All the Chinese banks’ M Cap fell during the quarter as for the first time since 2008 yuan depreciated and breached seven per US dollar mark, which is seen by many as China’s counter to the US’s threat to inflict 10% tariffs on about US$300bn worth of Chinese imports, which are not already part of any levies.

Among gainers, growth was rather subdued except Scotiabank, which was the only player that witnessed M Cap growth of more than 10% as its third quarter results were better than estimates on account of another quarter with double-digit growth in international banking division.

Vala concludes: “Geographic diversity and quarterly dividend payout of CAD0.90 per share, representing an attractive yield of 5.1%, are seen as major growth drivers for Scotiabank.”