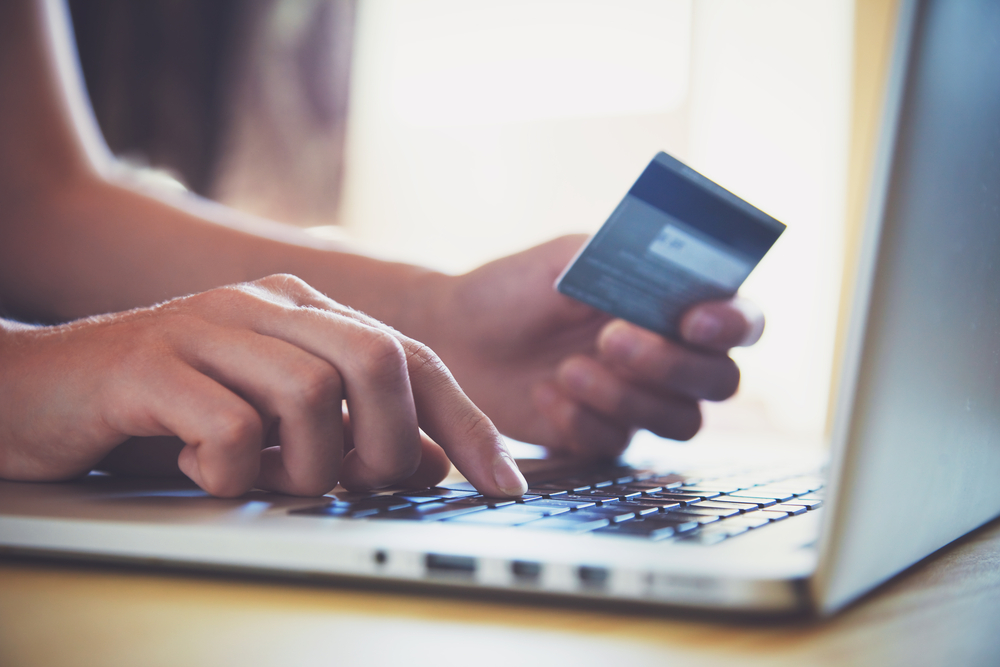 Goldman Sachs has dominated the latest mergers and acquisitions (M&A) league table of the top 10 financial advisers for the Retail industry for Q3 2018, compiled by leading data analytics company GlobalData.

Goldman Sachs, an American bank, raced to the top in terms of deal value, with an impressive six deals worth a total $10.6bn. It was also involved in the highest number of transactions during the quarter, including the big-ticket deal of Coca-Cola’s acquisition of Costa for $5.1bn.

According to GlobalData, which uses its tracking of all merger and acquisition, private equity/venture capital and asset transaction activity globally to compile the league table, Morgan Stanley and Rothschild & Co worked on deals worth $6.4bn and $5.4bn, respectively, occupying second and third positions.

Prakhar Baghmar, Financial Deals Analyst at GlobalData, said: “The Coca-Cola-Costa deal saw the involvement of all the top three players. Interestingly, Deutsche Bank made it to the fourth spot with just this transaction.” 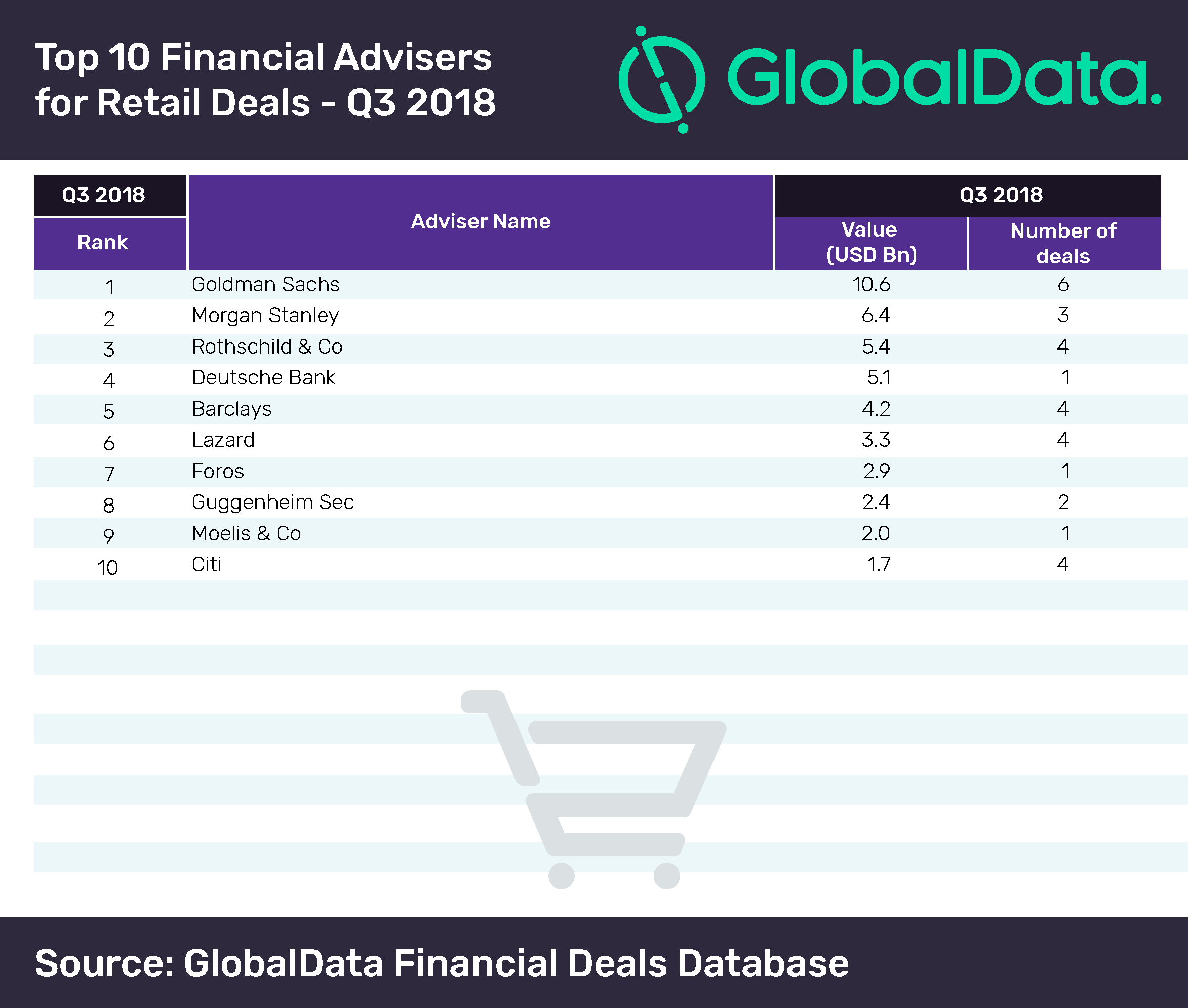 US-based law firm Skadden Arps Slate Meagher & Flom emerged as the lead player in the list of top 10 legal advisers by value with five deals. It advised on deals worth a combined $9.6bn; including the industry’s top two transactions – the Coca-Cola-Costa deal and United Natural Foods’ purchase of Supervalu. All the top four advisers in this list were associated with the Coca-Cola-Costa deal. Jones Day, which ranked eighth position by value, was involved in eight deals – the highest in the volume chart. 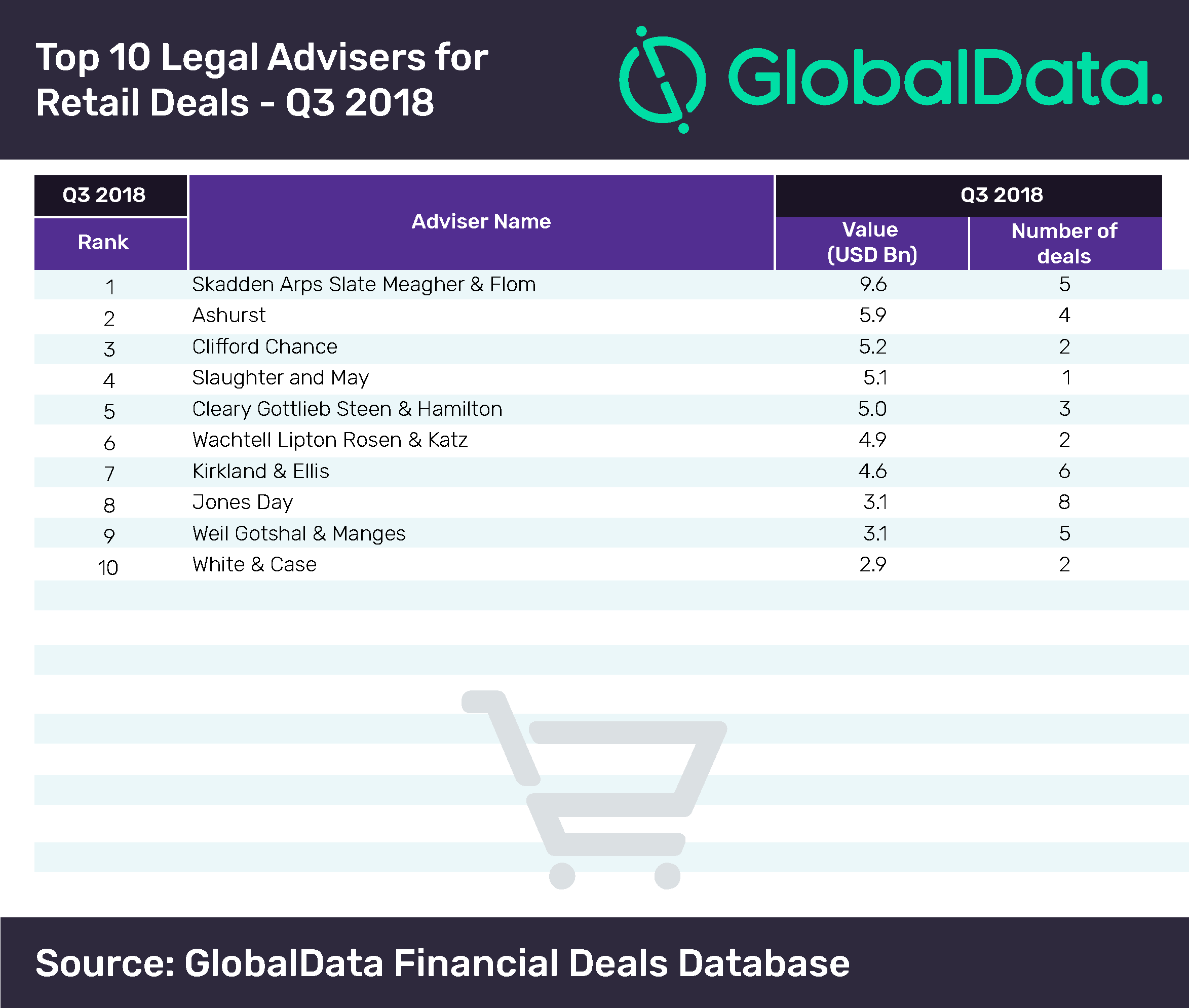