Goldman Sachs has topped the latest mergers and acquisitions (M&A) league table of the top 10 financial advisers in the financial services sector based on deal value in the first half (H1) of 2019, according to GlobalData, a leading data analytics company.

The US-based multinational investment bank secured the top spot based on the total advised deal value of US$104.4bn. However, in terms of deal volume, it came second behind JP Morgan with 19 deals.

According to GlobalData, which tracks all M&A, private equity/venture capital and asset transaction activity around the world to compile league tables, Credit Suisse and Centerview came in second and third positions, advising on deals worth US$56.5bn and US$44.6bn, respectively.

Nagarjun Sura, Financial Deals Analyst at GlobalData, says: “The US$43bn merger of Fidelity National and Worldpay, and the US$28.2bn merger of BB&T and SunTrust Banks were instrumental in determining the financial services H1 2019 league table. Eight out of the top 10 financial advisers and nine out of the top 10 legal advisers took part in these high value transactions.” 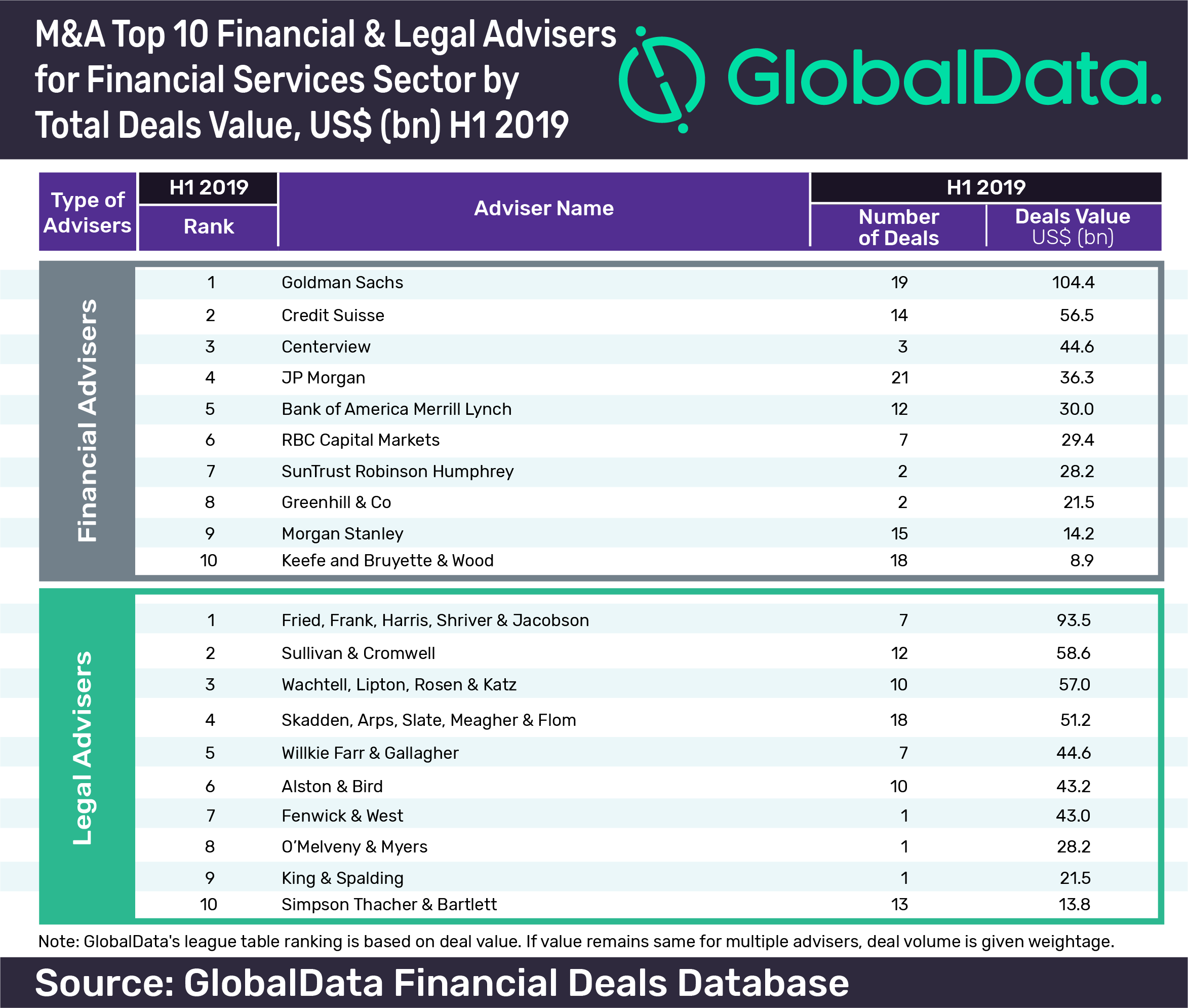