Goldman Sachs and Houlihan Lokey were the top mergers and acquisitions (M&A) financial advisers in automotive sector for Q1-Q3 2020 by value and volume, respectively. A total of 499 M&A deals were announced in automotive sector during this period, according to GlobalData, a leading data and analytics company.

In GlobalData’s ranking, Goldman Sachs secured top position in terms of deal value by advising on four deals worth $4.7bn, which was the highest value among all the advisers. Meanwhile, Houlihan Lokey led in terms of volume having advised on five deals worth $218m.

Aurojyoti Bose, Financial Deals Analyst at GlobalData, comments: “Houlihan Lokey, despite leading in terms of volume, failed to even surpass $1bn mark due to its lack of involvement in high-value transactions. In result, it lost the top position by value to Goldman Sachs. It also did not feature among the top 10 advisors by value.

“In contrast, Goldman Sachs not only led by value, but also managed to occupy the third position by volume. It advised on two billion-dollar deals (deals worth greater than or equal to $1bn) while Houlihan Lokey could not advise on any such high-value transactions.” 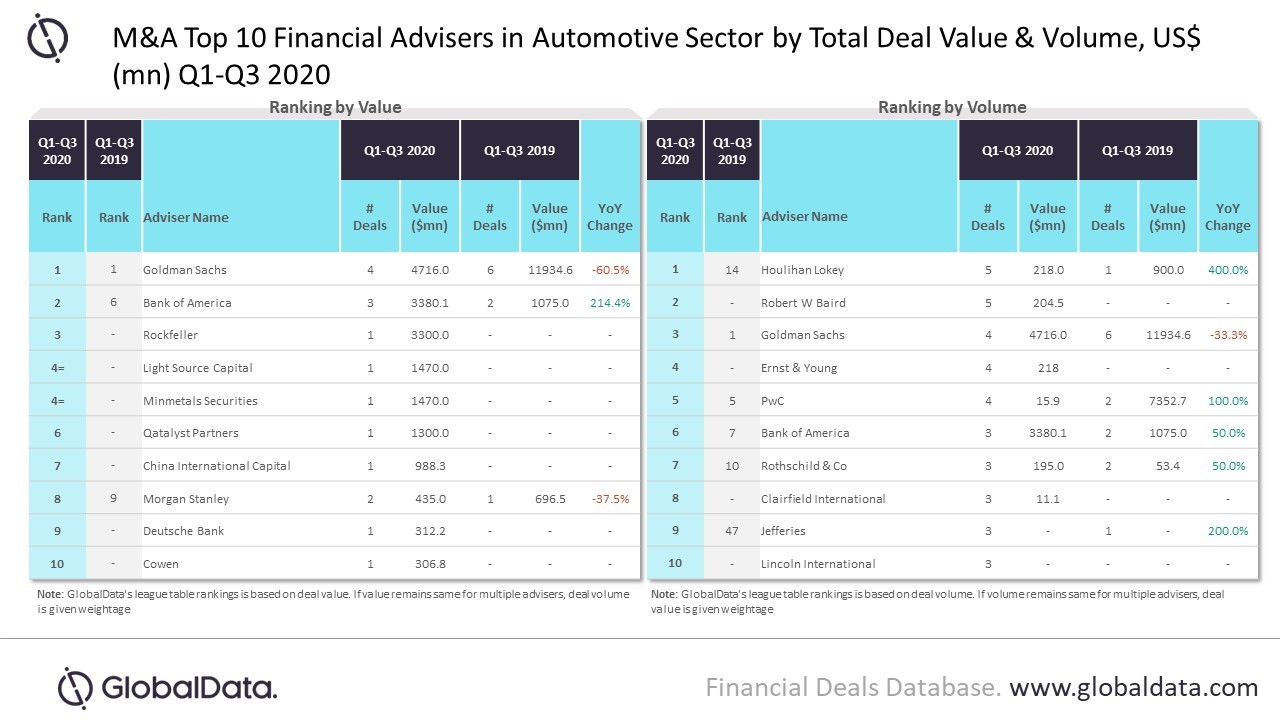 Bank of America occupied second position in terms of value with three deals worth $3.4bn. This was followed by Rockfeller and Light Source Capital with one deal each worth $3.3bn and $1.5bn, respectively.