Goldman Sachs and Itau Unibanco were the top advisers for mergers and acquisitions (M&A) in South & Central America by value and volume, respectively, in Q1-Q3 2020, respectively, according to GlobalData, a leading data and analytics company. 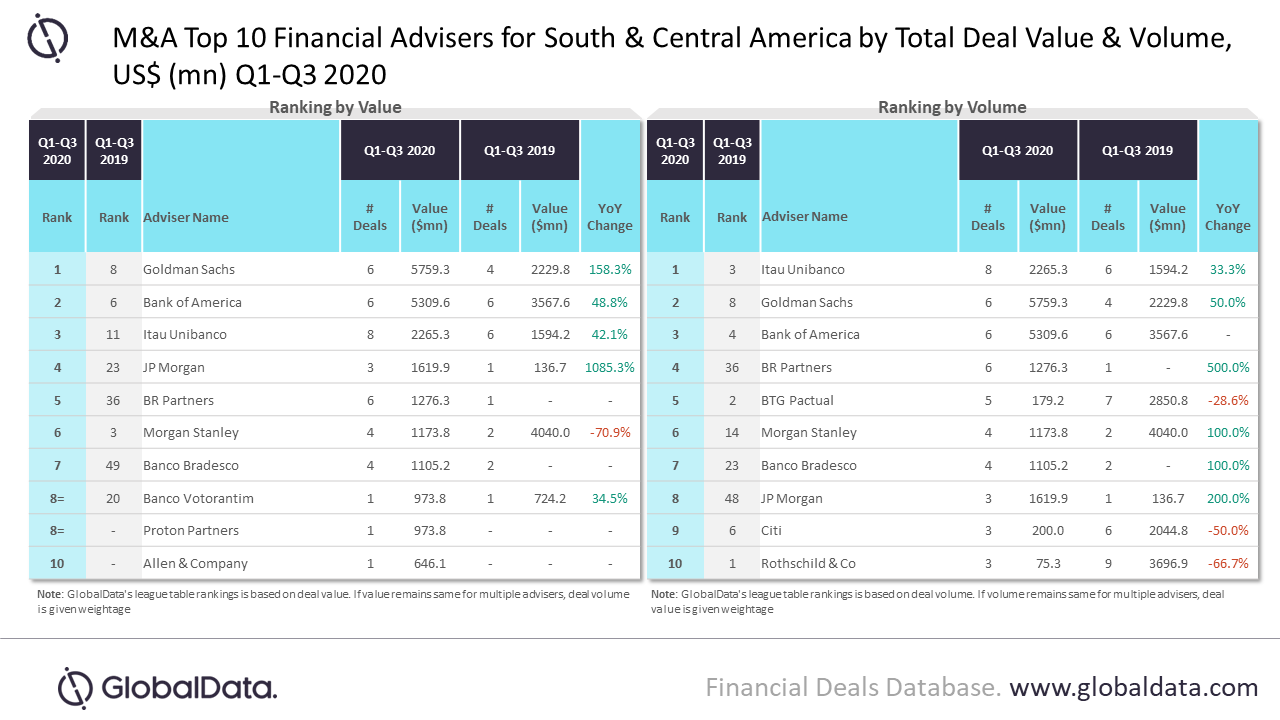