Goldman Sachs and JP Morgan were the top M&A financial advisers by value and volume in the US for 2021, finds GlobalData

28 Jan 2022
Goldman Sachs and JP Morgan were the top M&A financial advisers by value and volume in the US for 2021, finds GlobalData

Goldman Sachs and JP Morgan were the top mergers and acquisitions (M&A) financial advisers in the US for 2021 by value and volume, respectively, according to GlobalData. The leading data and analytics company revealed that Goldman Sachs advised on 283 deals worth $698.5 billion, which was the highest value among all the advisers tracked. Meanwhile, JP Morgan led by deal volume, having advised on 295 deals worth $585.9 billion.

Aurojyoti Bose, Lead Analyst at GlobalData, comments: “Goldman Sachs was the clear winner by value, as it was the only firm to near the $700 billion mark. Moreover, it was among the very few firms to have advised on more than 200 deals during 2021, which also helped it occupy the third position by volume.

“Similarly, JP Morgan advised on just short of 300 deals, but its involvement with some big-ticket deals helped it occupy the second spot by value.” 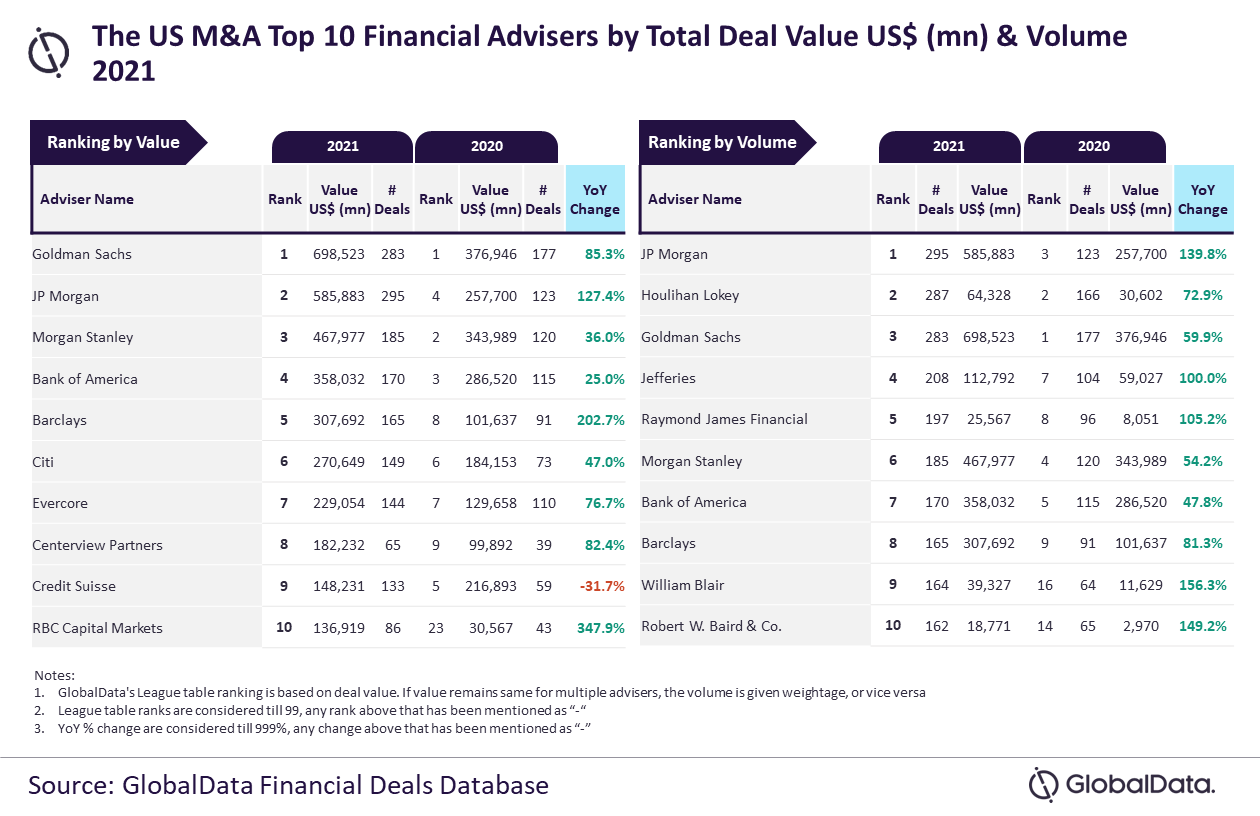