Goldman Sachs has secured the top position in the latest mergers and acquisitions (M&A) league table of the top 10 financial advisers for the oil & gas sector based on deal value for the first half (H1) of 2019, according to GlobalData, a leading data and analytics company.

The American multinational investment bank topped the rankings with a deal value of US$214.7bn, by advising on 13 deals during the period. Bank of America Merrill Lynch stood at second position with US$169.8bn earned on the strength of the same number of deals.

According to GlobalData, which tracks all M&A, private equity/venture capital and asset transaction activity around the world to compile the league tables, Citi occupied third place with 19 deals worth US$169.6bn. 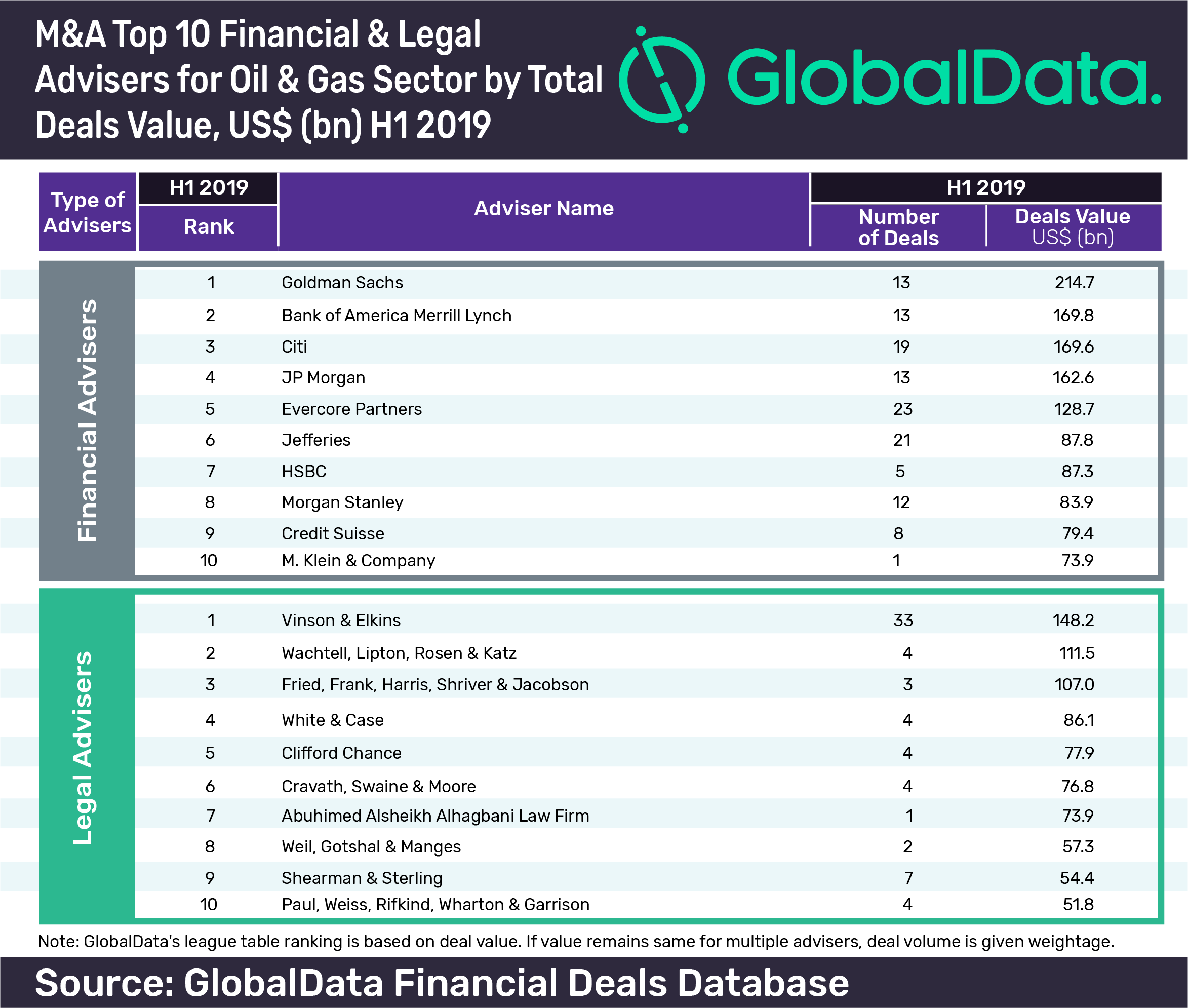