Goldman Sachs has dominated the latest mergers and acquisitions (M&A) league table of the top 10 financial advisers in the retail sector based on deal value in 2019, according to GlobalData, a leading data and analytics company.

The American investment bank advised on 16 deals worth US$62.0bn, including the big ticket deal of EP Global’s bid for a 100% stake in Metro.

According to GlobalData, which tracks all M&A, private equity/venture capital and asset transaction activity around the world to compile the league tables, JP Morgan ranked second with 19 deals worth US$46.6bn. 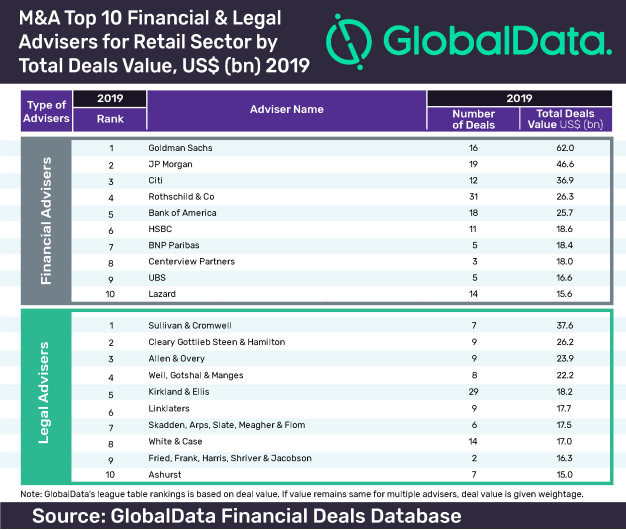