Goldman Sachs has claimed the top position in the latest M&A league table of the top 10 financial advisers for the Oil & Gas sector for FY 2018, compiled by leading data analytics company GlobalData.

The American bank scored the top rank with a deal value of $151.8bn, with 46 deals advised during the quarter – which incidentally was also the highest in terms of volume. Barclays stood second with $143.5bn earned on the strength of 32 deals. 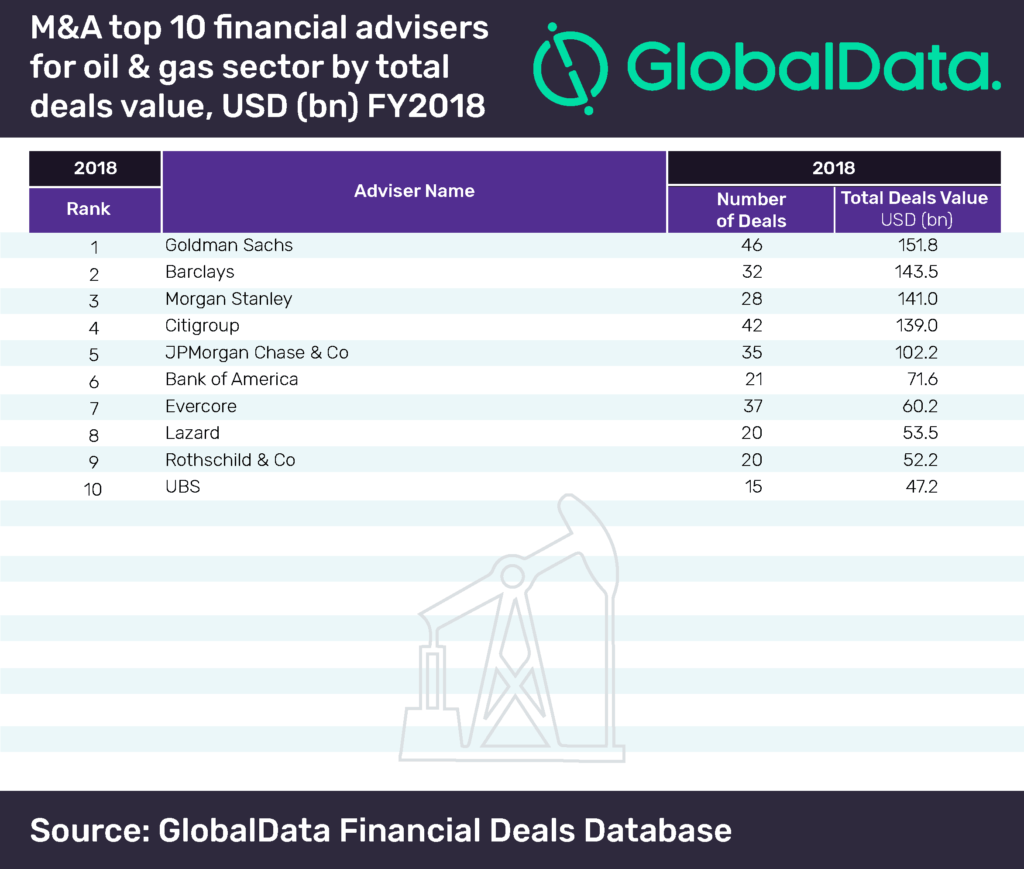 Vinson & Elkins, conspicuous by its absence from the global league table of top 20 legal advisers, led the top 10 legal advisers table for FY2018 with a total deals value of $138.4bn. Topping even in terms of volume, the Texas-based legal adviser’s 58 deals are 21 more than the second-placed Latham & Watkins, which worked on deals worth $128.4bn. Cleary Gottlieb Steen & Hamilton came in a close third with $125.6bn from 11 deals that it advised on. 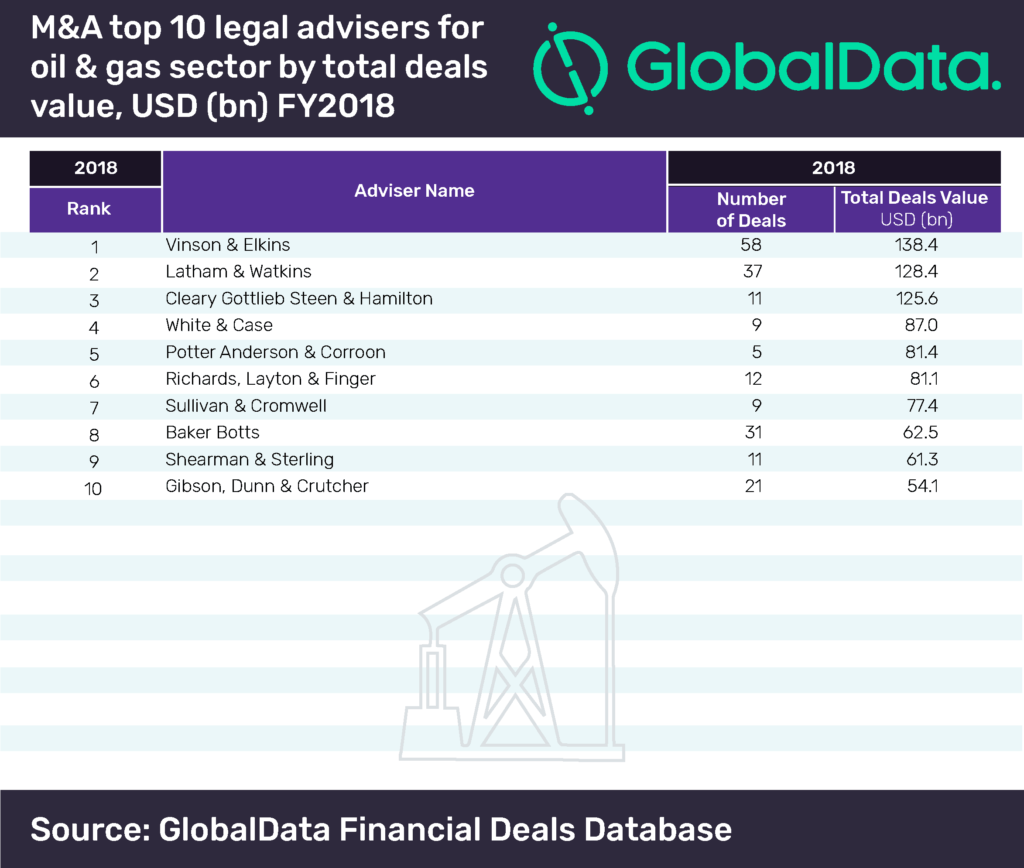