Goldman Sachs and PwC were the top financial advisers for mergers and acquisitions (M&A) in the global consumer sector by value and volume for Q1-Q3 2020, respectively. A total of 2,244 M&A deals were announced in the consumer sector during the period, according to GlobalData, a leading data and analytics company.

In GlobalData’s ranking, Goldman Sachs gained top spot in terms of deal value by advising on 23 deals worth US$21.1bn, which was the highest value among all the advisers. Meanwhile, PwC led in terms of volume having advised on 25 deals worth US$3.5bn.

Aurojyoti Bose, Lead Analyst at GlobalData, comments: “Goldman Sachs was the only adviser to advise on more than 20 deals and also showcase more than US$20bn in deal value. This not only helped the firm top the list by value, but also occupy the second position in terms of volume.

“In contrast, PwC, despite advising on more deals than Goldman Sachs, did not even feature in the list of top 10 advisors by value due to its involvement in low value transactions. Of the top ten advisors by volume, only three managed to find a place in top ten list by value.”

Morgan Stanley occupied the second position in terms of value with 15 deals worth US$20.1bn, followed by Citi and JP Morgan with nine deals each worth US$17.1bn and US$15.4bn, respectively. 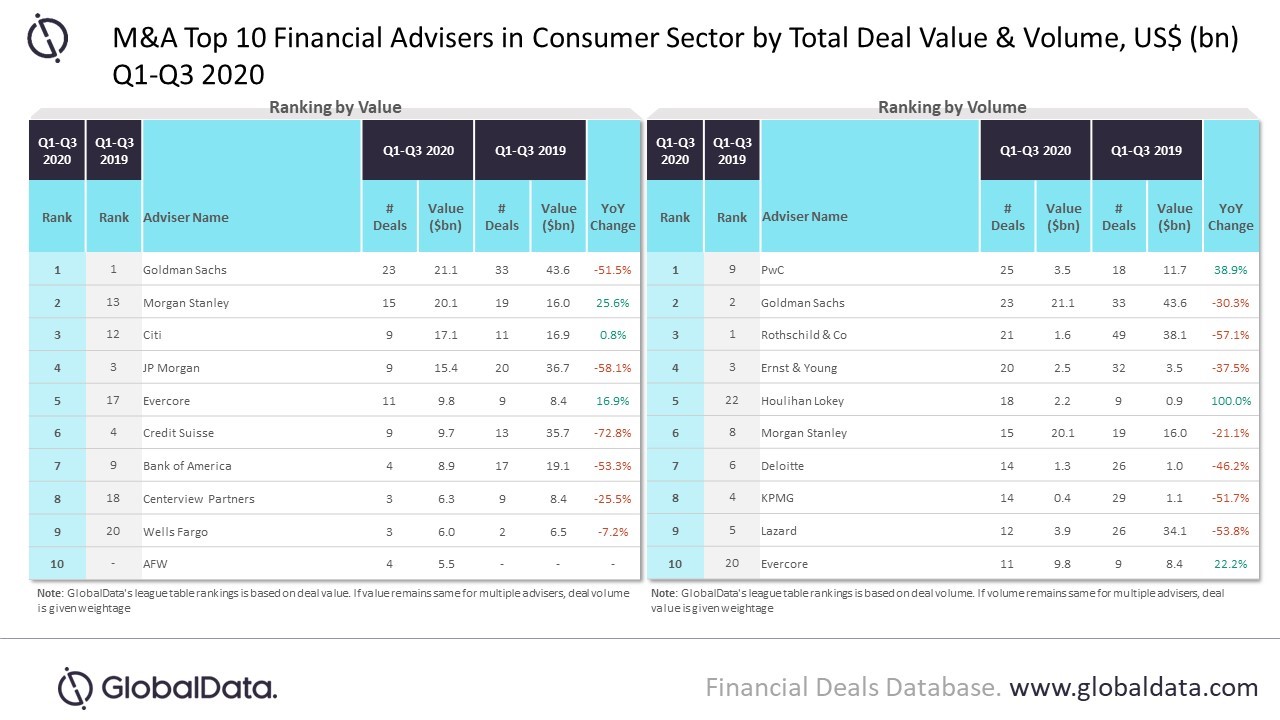