Goldman Sachs and Rothschild & Co were the top financial advisers for mergers and acquisitions (M&A) in Europe by value and volume, respectively, for Q1-Q3 2020. A total of 6,245 M&A deals were announced in Europe during the period, according to GlobalData, a leading data and analytics company.

In GlobalData’s ranking, Goldman Sachs advised on 53 deals worth $148.4bn – the highest value among all advisers. Meanwhile, Rothschild & Co led in terms of volume, having advised on 125 deals worth $78bn

Aurojyoti Bose, Financial Deals Analyst at GlobalData, comments: “Rothschild & Co, despite advising on more than double the number of deals advised by Goldman Sachs, lost out on the top position by value.

Morgan Stanley occupied the second position by value with 39 deals worth $92.4bn, followed by JP Morgan with 45 deals worth $90bn, and Bank of America with 32 deals worth $83.1bn. 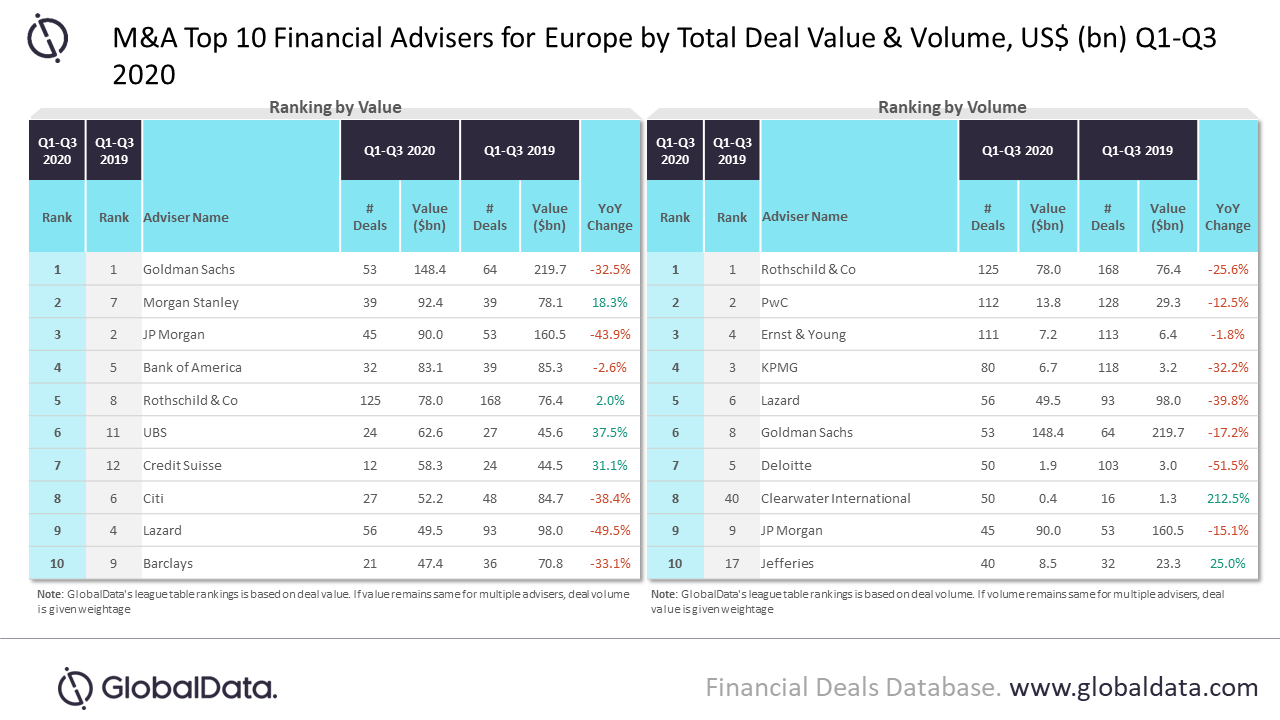 Aurojyoti continues: “PwC occupied the second position by volume with 112 deals worth $13.8bn, followed by Ernst & Young with 111 deals worth $7.2bn and KPMG with 80 deals worth $6.7bn. Surprisingly, five of the top advisers by volume (which also includes Ernst & Young and KPMG) failed to even cross the US$10bn mark during Q1-Q3 2020.

“Goldman Sachs and PwC occupied the top position by value and volume in key European market, the UK.”