Goldman Sachs was the top mergers and acquisitions (M&A) financial adviser in Asia-Pacific for 2021 by both value as well as volume having advised on 50 deals worth $148.4bn. A total of 7,807 M&A deals were announced in the region during 2021, according to GlobalData, a leading data and analytics company.

Aurojyoti Bose, Lead Analyst at GlobalData, comments: “Goldman Sachs was the clear winner by value as well as volume as it was the only firm that managed to touch 50 deal volume mark while also surpassing $100bn in value. Although in terms of volume, some of its peers were close to number of deals advised by Goldman Sachs but when it comes to value, no other firm was even close.” 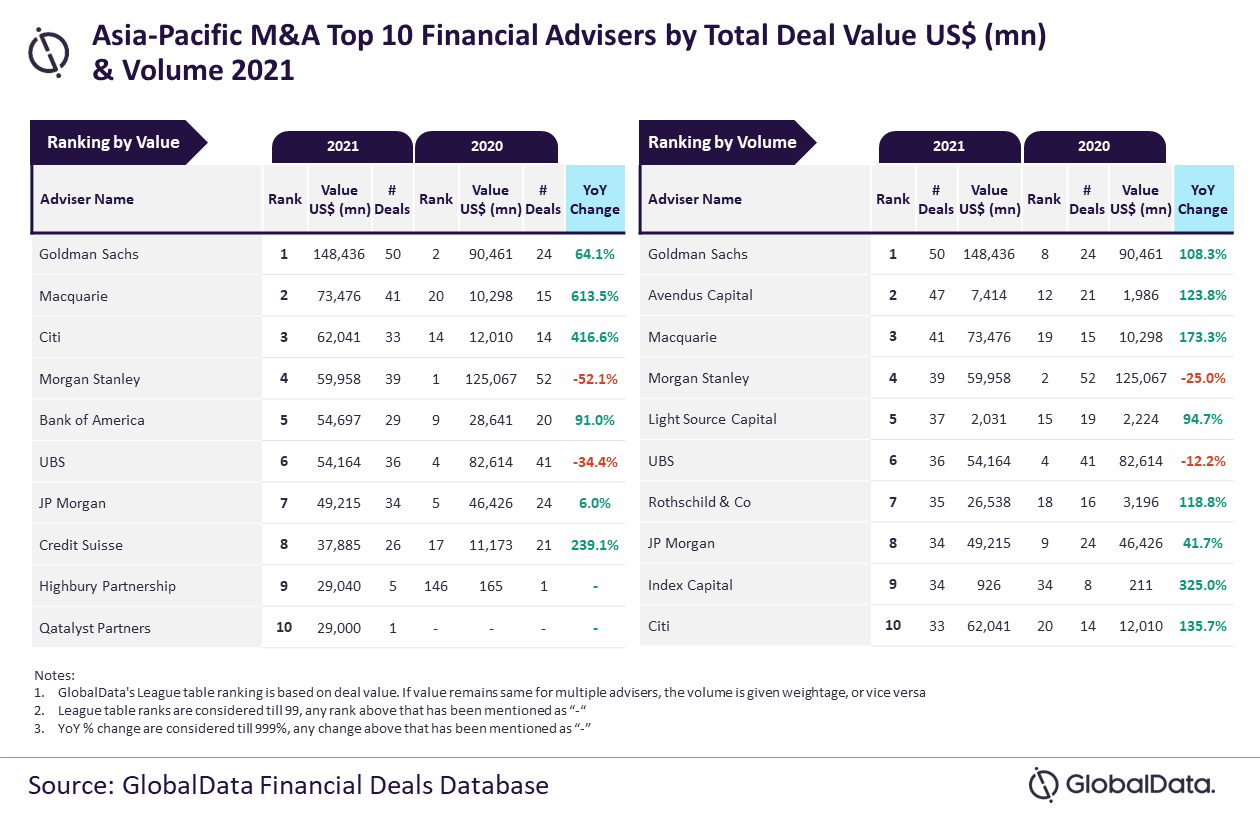 An analysis of GlobalData’s Financial Deals Database reveals that Macquarie occupied the second position in terms of value with 41 deals worth $73.5bn, followed by Citi with 33 deals worth $62bn, Morgan Stanley with 39 deals worth $60bn and Bank of America with 29 deals worth $54.7bn.