Goldman Sachs emerged as the top financial adviser for mergers and acquisitions (M&A) by both value and volume in the global technology, media & telecom (TMT) sector for Q1-Q3 2020, having advised on 62 deals worth $143.5bn. A total 6,608 M&A deals were announced in sector during this timeframe, marking an 8.6% increase over the 6,085 deals announced during the same period in 2019, according to GlobalData, a leading data and analytics company.

Aurojyoti Bose, Lead Analyst at GlobalData, comments: “While most of the sectors were heavily impacted by the challenges of COVID-19, the TMT sector remained relatively resilient – in fact, deal activity in the sector improved. Goldman Sachs managed to capitalize on this opportunity and advise on the highest number of deals, which included several high-value transactions that helped it to also top the list by value. The firm was involved in 22 deals worth more than or equal to $1bn. Of these, three were megadeals (deals valued more than or equal to $10bn).” 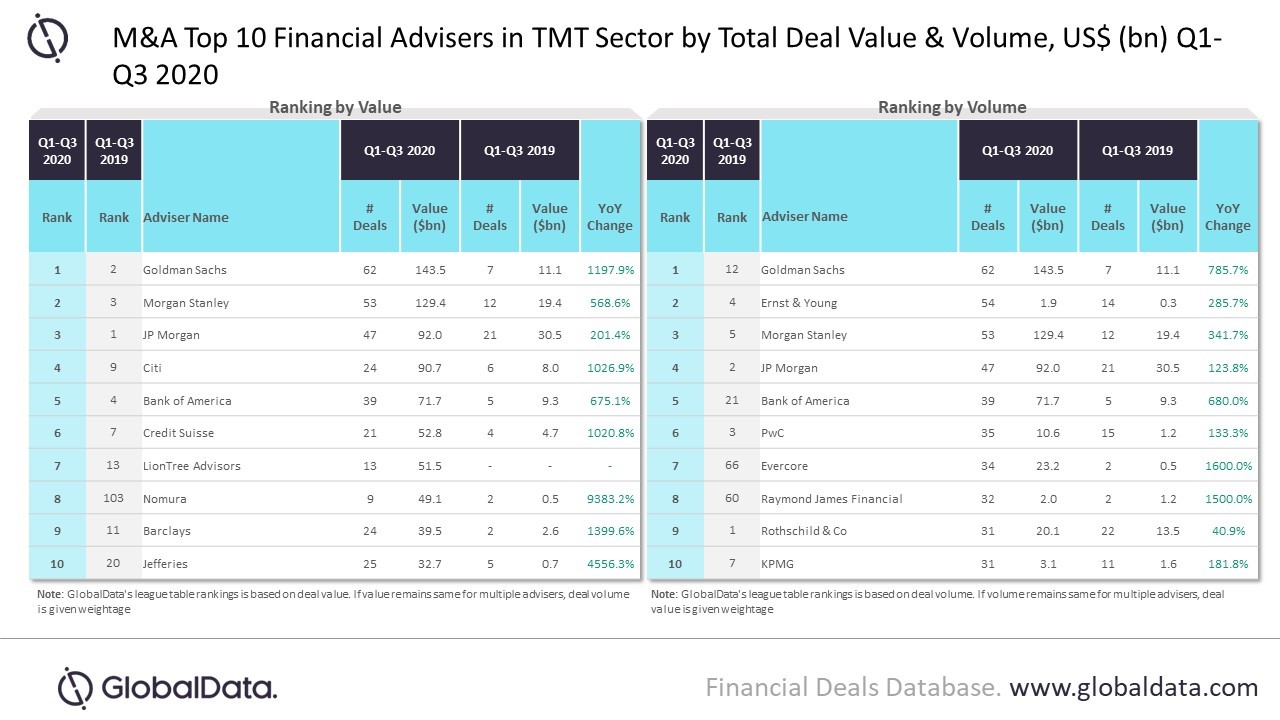 Bose concluded: “Morgan Stanley occupied second position in GlobalData’s ranking of financial advisers for M&As in the global TMT sector by value with 53 deals worth a total $129.4bn, followed by JP Morgan with 47 deals worth $92bn and Citi with 24 deals worth US$90.7bn.

“Ernst & Young occupied second position by volume with 54 deals worth a total $1.9bn, followed by Morgan Stanley and JP Morgan.”