The bank led the competition by deal value, with 11 deals worth a total $21.2bn, including the industry’s top value deal – Amcor’s acquisition of Bemis for $6.8bn.

According to GlobalData, which uses its tracking of all merger and acquisition, private equity/venture capital and asset transaction activity around the world to compile the league table, Citi and JP Morgan are the other two banks among the top three advisers with $12.3bn and $11bn, respectively.

Tokala Ravi, Financial Deals Analyst at GlobalData, comments, “Involvement in top three big-ticket deals has catapult Goldman Sachs to the top slot, even though one of these deals, LaSalle Hotel Properties’ acquisition could not materialise.” 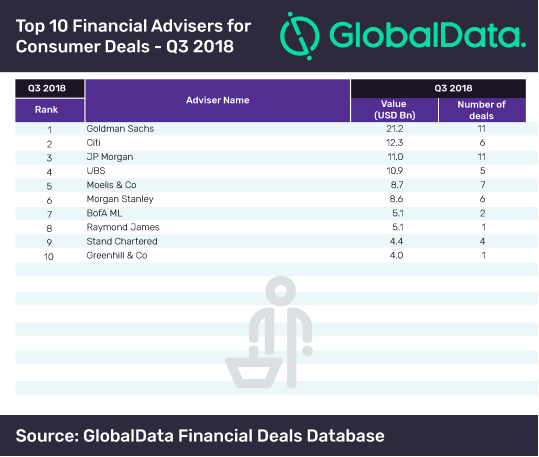 American law firm Cravath Swaine & Moore led the chart of top 10 legal advisers by value with four deals. Cravath Swaine & Moore advised on deals worth $11.1bn. All the top six legal advisers in the table were associated with the Amcor’s acquisition of Bemis for $6.8bn during the quarter. Kirkland & Ellis, which stood at fifth position by value, led the volume chart with eight deals. 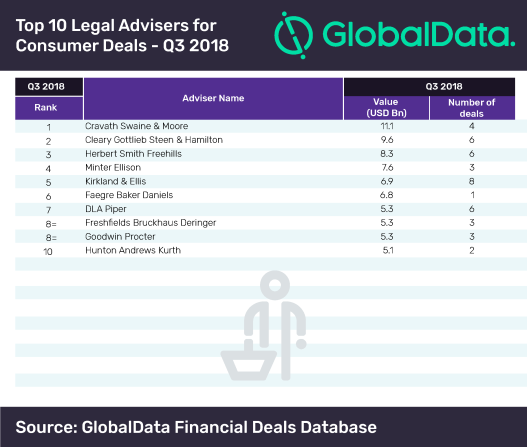