Goldman Sachs has dominated the latest mergers and acquisitions (M&A) league table of the top 10 financial advisers for the automotive sector based on deal value in the first three quarters (Q1-Q3) of 2019, according to GlobalData, a leading data and analytics company.

The American investment bank advised on eight deals worth a combined US$11.9bn. According to GlobalData, which tracks all M&A, private equity/venture capital and asset transaction activity around the world to compile the league tables, JP Morgan trailed Goldman Sachs with three deals worth US$9.0bn. With six deals valued at US$8.7bn, Lazard stood at third position.

Ravi Tokala, Financial Deals Analyst at GlobalData, says: “The slow trend in M&A activities in the automotive sector continued in Q1-Q3 2019, witnessing a major drop in overall deal value as compared with the same period last year. However, Goldman Sachs was able to cross US$10bn mark, in deal value terms, due to its involvement in two big-ticket deals ZF Friedrichshafen’s acquisition of Wabco Holdings and Investment Global’s acquisition of 5% stake in Daimler.” 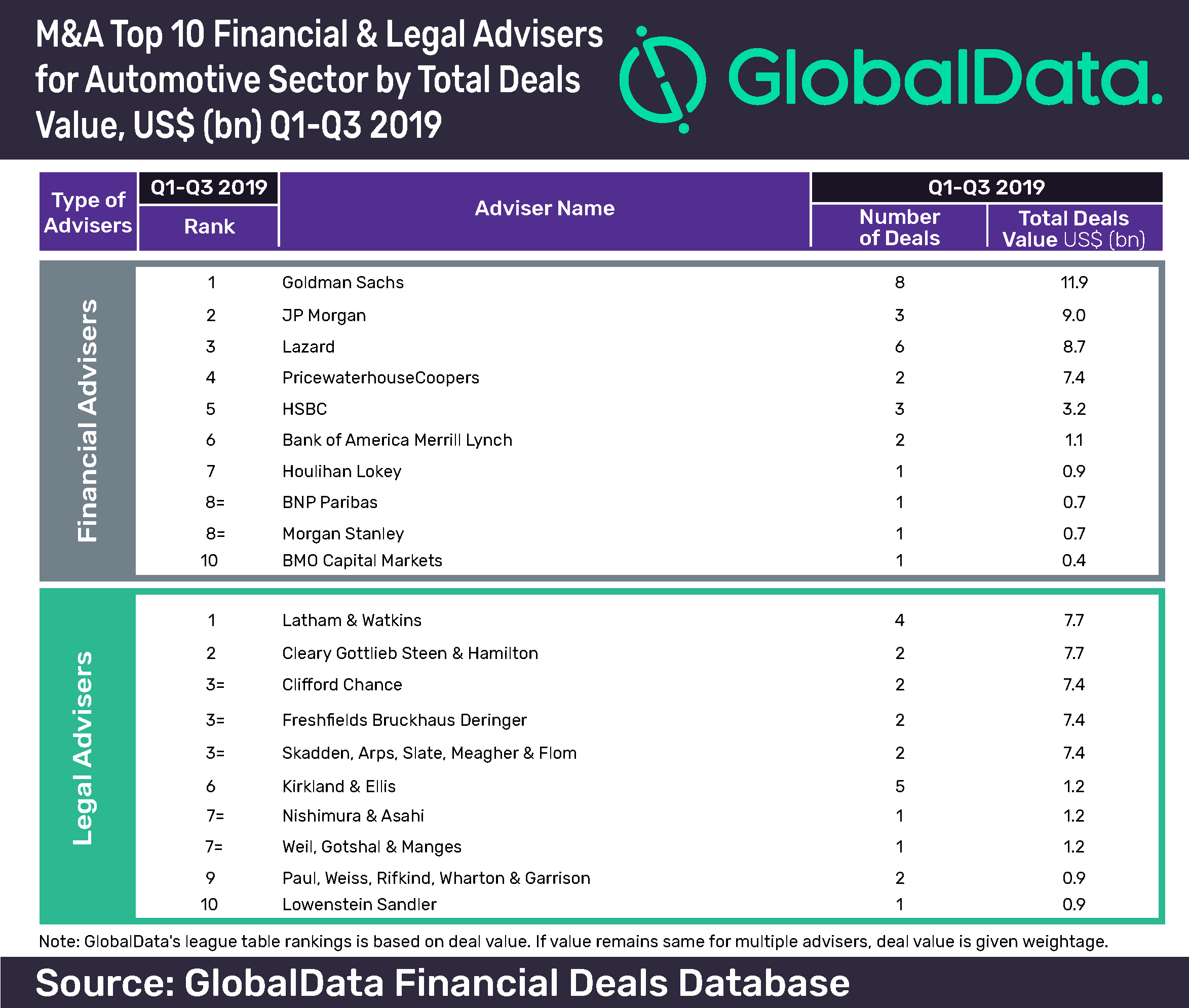