29 May 2019
Growth of CTO/MTO projects in China may decelerate as government intensifies efforts to meet clean energy goals, says GlobalData

New coal-to-olefins (CTO)/methanol-to-olefins (MTO) projects in China are expected to face the risk of delay due to the government’s intensified efforts to reduce pollution by reducing coal usage and changing crude oil and coal prices, says GlobalData, a leading data and analytics company. 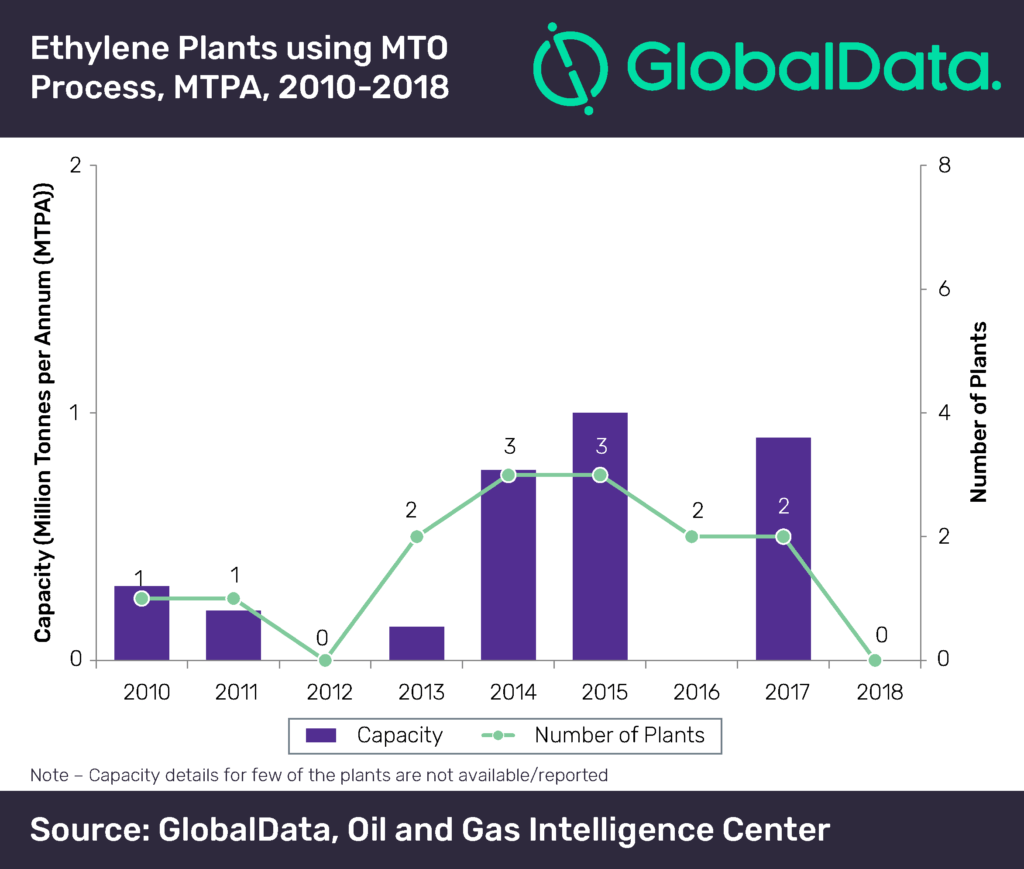 Dayanand Kharade concludes: “With China working actively to meet its clean energy goals to reduce carbon emission and reducing the usage of coal, the upcoming CTO/MTO projects timeline are likely to be affected. The cost of environmental protection is likely to be one of the key factors for dragging down the competitiveness of CTO projects.”

Asia spearheads global refinery crude distillation unit new-build capacity additions through 2024, says GlobalData
Siemens ups stake to 67.1% to spin-off SGRE into Siemens Energy for the scale to win in wind
Top five terms tweeted in power in December 2019, revealed by GlobalData
China and the US show a contrasting picture in terms of renewable energy capacity addition
SAEV to invest $500m in renewables and energy efficiency technologies to diversify its energy mix