More than half of osteoporosis cases in 7MM are undiagnosed, says GlobalData

17 May 2018
More than half of osteoporosis cases in 7MM are undiagnosed, says GlobalData

Osteoporosis has become a highly prevalent disease across the globe. The number of osteoporosis cases and fractures occurring due to this problem is steadily increasing as the average life span has improved. Despite increased awareness of the disease, more than half of the cases years in the seven major markets (7MM: US, France, Germany, Italy, Spain, UK, and Japan) are undiagnosed, according to leading data and analytics company GlobalData.

In osteoporosis, the density and quality of bone are reduced over time. Consequently, the condition leads to weakness of the skeleton and an increased risk of skeletal fractures. In the elderly, these injuries can lead to severe morbidity as treatment and recovery can be highly invasive and extensive.

The company studied the diagnosed and undiagnosed prevalent cases of osteoporosis in men and women of ages ≥30 years in 7MM in 2017 and found that growing modifiable and non-modifiable risk factors are contributing to the increasing rates of osteoporosis.

GlobalData epidemiologists forecast that there were more than 45,000,000 total prevalent cases of osteoporosis in the 7MM, out of which more than 50% went undiagnosed. 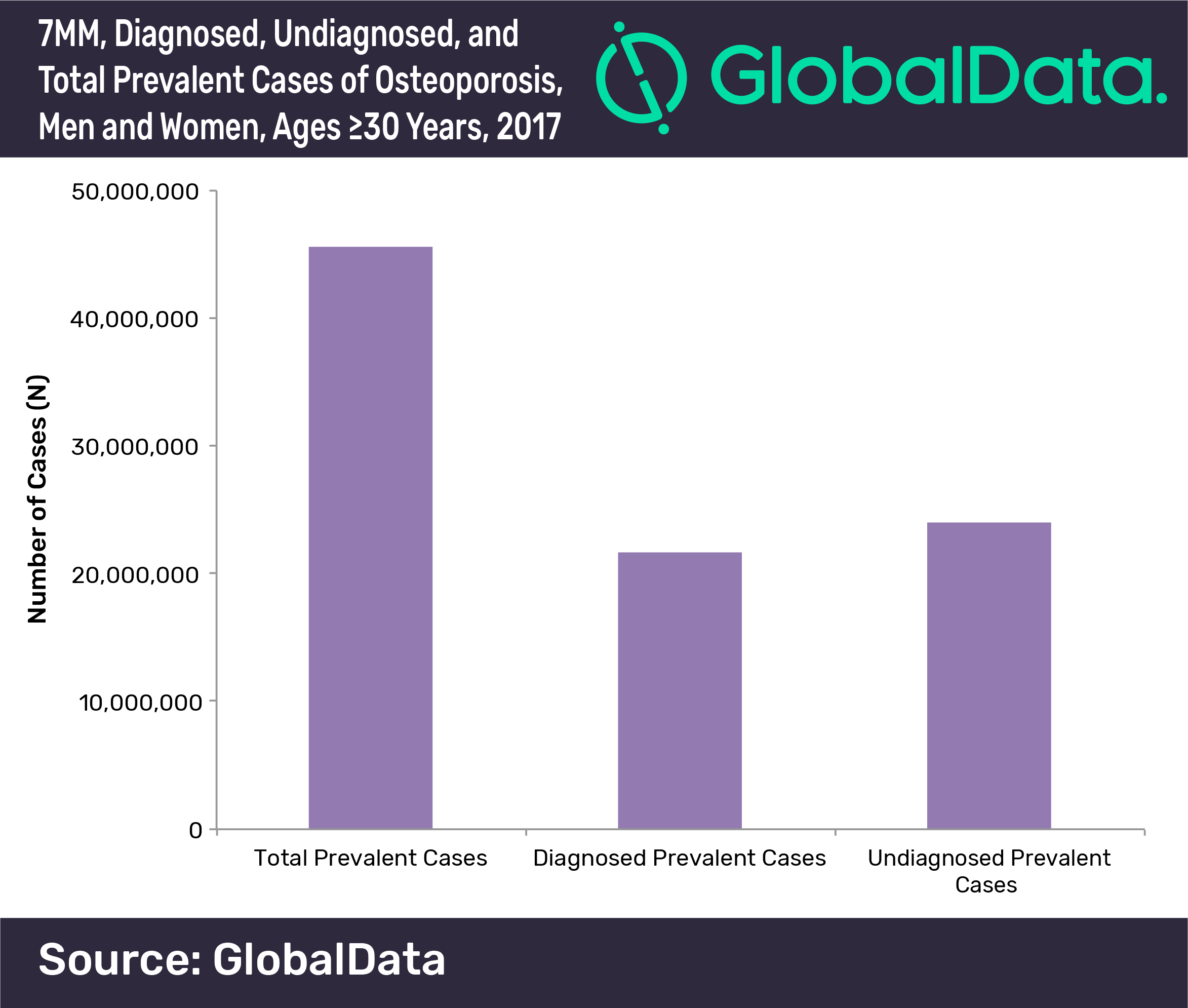 Topias Lemetyinen, Senior Epidemiologist at GlobalData says: “It is not surprising that osteoporosis is so frequently undiagnosed. Osteoporosis is often referred to as a ‘silent’ disease because the loss of bone occurs progressively and often there are no symptoms until the first fracture occurs. Identifying and diagnosing the disease at an early stage can allow for appropriate treatment and aid in preventing the severe outcomes of this disease.”