A hard Brexit would wipe £2.3bn off the non-food retail market in 2019, says GlobalData 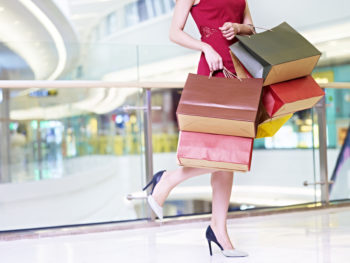 Low consumer confidence and inflated food prices would see the UK non-food retail sector £2.3bn worse off in a hard Brexit scenario compared to a Brexit based on the Withdrawal Agreement, according to GlobalData’s Brexit and the Impact on Retail report.

“In the light of recent developments, retailers are coming to terms with the fact that there is a real need to plan for a hard Brexit scenario, with an end to free trade and no customs union between the UK and the EU. Increased tariffs, delays at ports and borders and a sharp fall in the pound, pushing up the cost of imports, would all have a negative impact. GlobalData forecasts, published in its Brexit Impact on Retail report indicate that a hard Brexit scenario would be more damaging than either an exit based on the Withdrawal Agreement or a delayed Brexit /second referendum scenario.

“November witnessed the worst level of consumer confidence over the last four years with 55.4% of consumers surveyed expecting to cut back spend on retail over the next six months. In the build up to Brexit we have seen this get steadily worse as consumers have become more negative about the outlook of the economy, their own personal finances and their likelihood to spend on retail. This, at a time when the UK is relying on its golden quarter to stimulate retail sales, is particularly concerning”.

“A hard Brexit would be disastrous for both food retail and non-food retail in the short term, but for different reasons. Failure to reach some sort of agreement could see retailers face an average food tariff increase of up to 22%, particularly prevalent in dairy, meat, vegetables and fruit. Although retailers and suppliers would bear much of this price increase, consumers would almost certainly see shelf prices rise in these categories and overall food & grocery inflation would rise to 4.5% — the highest in a decade.

“However, non-food retail is expected to bore the brunt of shopper cut backs in a hard Brexit scenario, with the forecast rise in inflation failing to offset a drag on consumer confidence and a sharp decline in volume growth. Soaring grocery inflation would see shoppers cut back on discretionary spend of non-food categories. While a hard Brexit would damage growth across all non-food retail sectors, it would be particularly damaging for markets largely made up of non-essential big ticket items. This includes products across DIY & gardening, electricals and furniture.”