Hemophilia A and B market to approach $8 billion by 2026 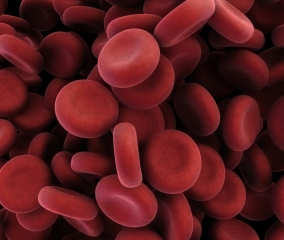 The combined market value for hemophilia A and B across the seven major countries of the US, France, Germany, Italy, Spain, the UK and Japan is set to rise from $6.7 billion in 2016 to almost $8.0 billion in 2026, representing a compound annual growth rate of 1.8%, according to GlobalData, a recognized leader in providing business information and analytics.

The company’s latest report states that drivers of this modest growth include increasing rates of routine prophylaxis in pediatric and adult hemophilia A and B, and the introduction and uptake of new long-acting factors and alternative coagulation promoters (ACPs).

Chiara Marchetti, Ph.D., Healthcare Analyst for GlobalData, explains: “The hemophilia A market has historically been crowded with several comparable short-acting recombinant factor VIII (rFVIII) treatment options. Developers had hoped that the launches of long-acting rFVIII products since 2014 would stimulate this stagnant segment, but the transition to these drugs has been slower than expected.”

“This is primarily because the limited half-life extension obtained from FVIII does not translate to meaningful reduction in dosing frequency in the hemophilia A prophylactic setting, unlike what has been achieved by long-acting recombinant FIX (clotting factor IX) for hemophilia B. Indeed, the long-term prospects for the long-acting rFVIII drug class through 2026 appear bleak, as sales are anticipated to be lost to ACPs that will enter the hemophilia A market in 2019.”

Marchetti continues: “Because the costs associated with hemophilia care are constantly escalating, pricing strategy will be the key to the success of these new agents. Despite the advantages provided by the drug, GlobalData expects Roche to seek a limited premium over long-acting rFVIII. Given the high level of unmet need in the inhibitor segment and the good uptake expected among hemophilia A patients, emicizumab will be able to exploit cross-segment efficacy to become a blockbuster in the hemophilia space, with peak-year sales of $2.6 billion in 2026.”

– Information based on GlobalData’s report: PharmaPoint: Hemophilia A and B – Global Drug Forecast and Market Analysis to 2026.