Vehicle ownership per person across developing nations such as China and Russia has been growing at a fast pace due to rise in income per capita. Even though it creates an opportunity for the global automotive players to tap into the emerging markets, the growth comes at a cost, says GlobalData, a leading data and analytics company.

In developed nations such as Luxembourg and Switzerland, vehicle ownership per person is very high and has broadly remained unchanged between 2000 and 2018, as the per capita income of these nations has not exhibited significant growth.

On the contrary, gross domestic product (GDP) per capita in the developing nations such as China and Russia has been growing at a fast pace, resulting in the growth of vehicle ownership between 2000 and 2018.

Arnab Nath, Economic Research Analyst at GlobalData, comments: “Vehicle ownership per capita in advanced economies is exhibiting a flat trend, whereas in developing nations there is a steeply rising trend.” 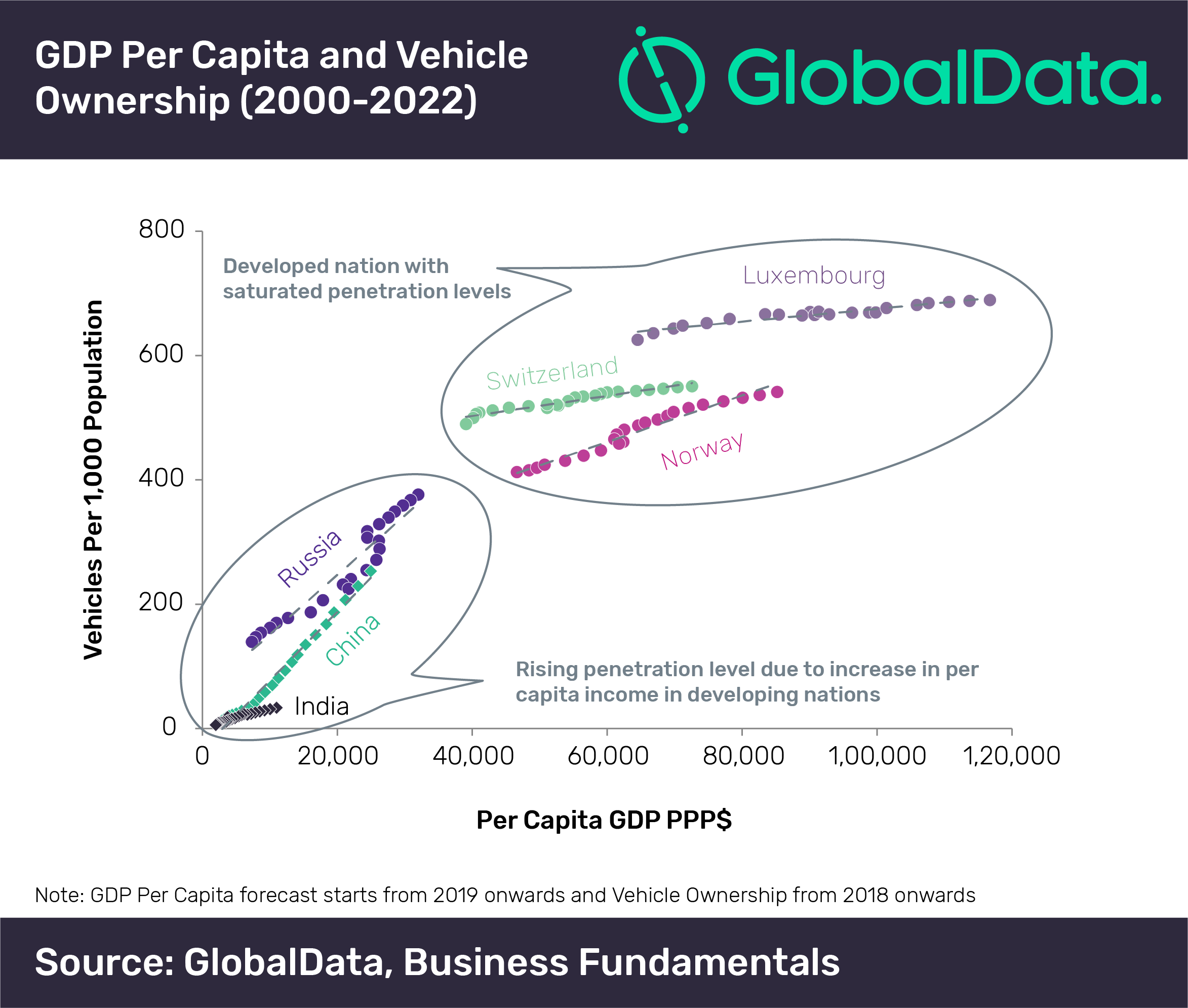 Towards a greener future

Nath concludes: “Increase in vehicle ownership in major cities across developing nations has consequences in the form of increasing level of CO2 emissions, increase in traffic related morbidity and mortality rates, and rise in hours spent in traffic congestion.

“Governments, especially in the developing nations, have to take judicious measures to tactfully handle the issue of rising pollution by emphasizing more on the usage of non-fossil fuel vehicles.

“With rising demand for vehicles in the developing nations, the governments have to devise policies and provide incentives to encourage investment in the development of electric and battery cars.”