Following the news that game streaming platforms Huya and DouYu are merging, with Tencent taking control of the combined entity;

“The merger of Huya and DouYu will enhance Tencent’s dominance in the Chinese video games streaming market. The two platforms are leaders in China’s esports market and their merger will also lay the foundation for Tencent’s upcoming cloud gaming initiative.

“Tencent sits at the top of GlobalData’s gaming thematic scorecard, ahead of 41 companies, holding a score of five out of five in themes like China, esports, and game development, and four in cloud gaming. Following the merger of Huya and DouYu, Tencent will have stronger control over the video games value chain in China, from content creation to distribution. 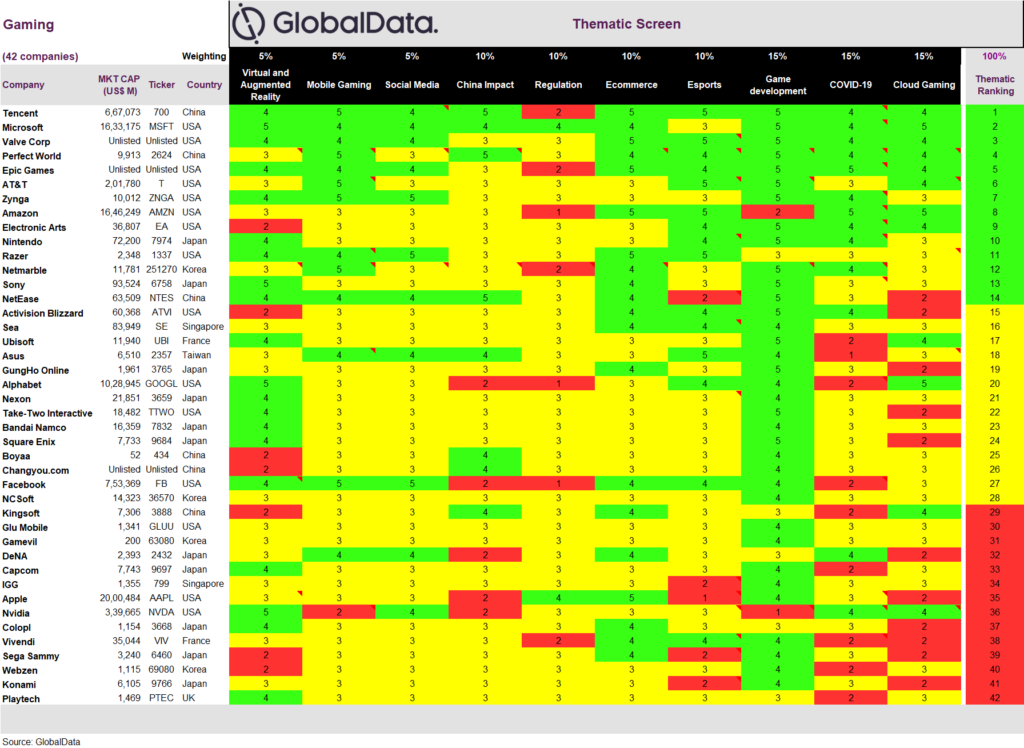 “Tencent has been a long-time investor in both platforms, so the merger will give more control over them and their customers. Huya and DouYu, combined with Tencent’s Egame service, will have over 300 million monthly active users in China. An audience of this scale will attract advertisers, broadcasters and new viewers and increase in-app spending, boosting Tencent’s revenues.