Hydropower will continue to dominate annual power generation in Canada to 2030, says GlobalData

Hydropower held a share of 60.2% in total annual generation in Canada in 2020 and this share is expected to marginally decline to 58% in 2030; however, it will continue to hold the dominant share in Canada’s generation mix, according to GlobalData, a leading data and analytics company.

Rohit Ravetkar, Power Analyst at GlobalData, says: “Canada is among the global leaders in hydropower generation, with several provinces in the country, including British Colombia, Quebec, and Manitoba, generating over 90% of their electricity from hydropower. Further, several large and small hydro plants are under construction in the country, which will aid hydropower to continue its dominance in Canada’s power mix until 2030.” 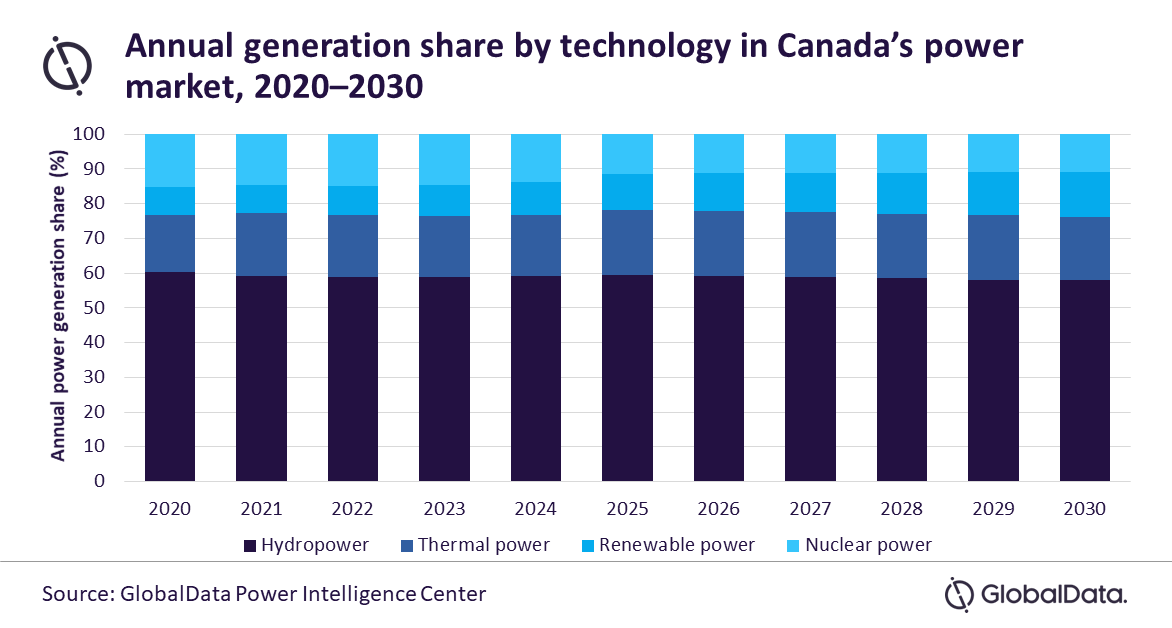 Ravetkar adds: “The Canadian Government’s focus on hydropower technology and stable power supply in the country are resulting in slow growth of its renewable sector. Although the government has come up with several policies and incentives aimed towards the renewable sector, the country is still expected to go ahead with hydropower as the major generation source until 2030.

“The country is easily satisfying its power demand from its large hydropower capacity and with no sudden increase in the power demand expected during the 2021 to 2030 period, the renewable sector will grow gradually. From a share of 8.2% in annual generation in 2020, the renewable power generation share is expected to reach only 12.9% in 2030. Even geothermal and offshore wind plants, which are expected to start operations from 2024 and 2026 respectively, will not help much in increasing the share of renewables in the power mix as their capacity growth will be limited.”