India is expected to drive the global urea industry growth from planned and announced plants between 2019 and 2030, contributing around 24% of the total urea capacity additions, according to GlobalData, a leading data and analytics company.

The company’s report: ‘Global Urea Capacity and Capital Expenditure Outlook, 2019 – India and Iran Lead Global Capacity Additions’ reveals that around 91 planned and announced plants are scheduled to come online, predominantly in Asia, Africa and the Former Soviet Union (FSU) over the next 11 years.

Dayanand Kharade, Oil and Gas Analyst at GlobalData, comments: “India is set to have large urea capacity additions to meet increasing demand and reduce its dependence on imports.” 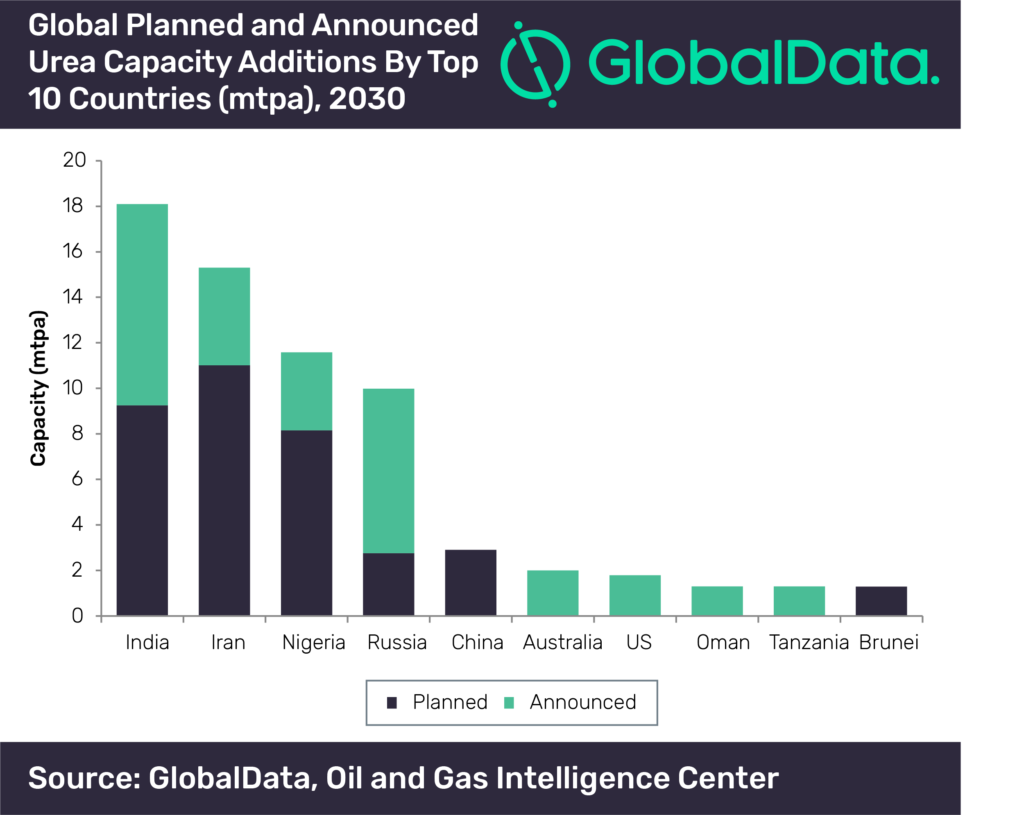 GlobalData identifies Iran as the second highest country in terms of capacity additions. The country is set to add 15.30 mtpa of planned and announced urea capacity from new-build and expansion plants by 2030. Among these, 11.02 mtpa is expected to come from planned plants and 4.29 mtpa from announced plants.