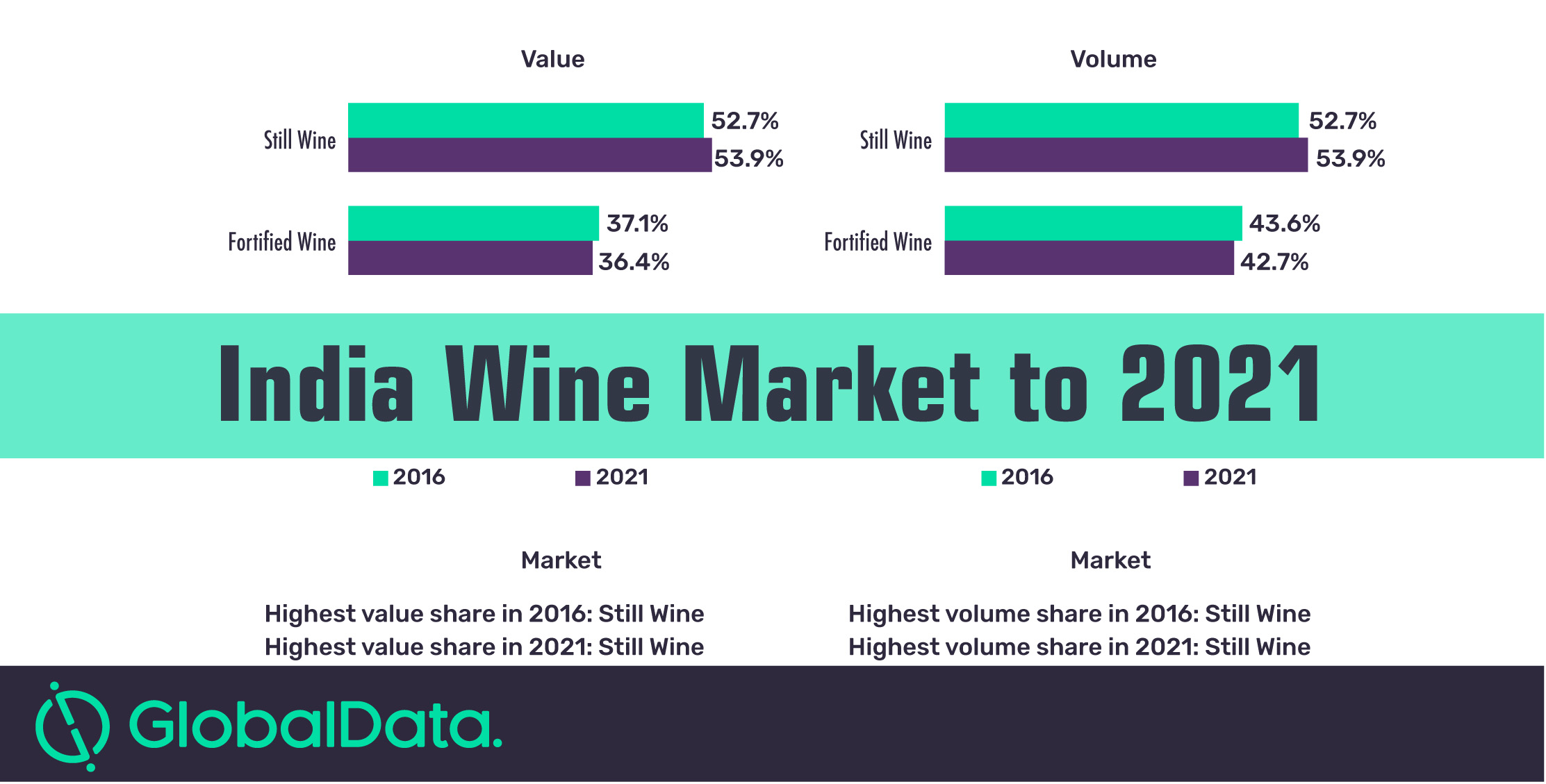 Rising purchasing power and the increasing impact of westernisation are set to boost the Indian wine sector in the years to come. In its latest report:, GlobalData, a leading data and analytics company, states that the sector was valued at INR61.06 billion (US$908.6 million) in 2016. The market is expected to grow at a value Compound Annual Growth Rate (CAGR) of 19.9% during 2016–2021.

GlobalData’s research evaluates the Indian wine market in three distinct categories: fortified wine, sparkling wine, and still wine. Of the three categories, still wine captured majority of the market in 2016 with volume share of 52%, and set to continue its dominance in the future. Fortified wine was the second largest category, accounting for 43.6% volume share, while sparkling wine held a share of 4.4%.

Akkineni adds: “Still wine will continue to lead the market, growing at a CAGR of 20.4% during 2016–2021, followed by fortified wine and sparkling wine which are likely to grow at CAGRs of 19.4% and 18.7%, respectively, during the forecast period.”