Nvidia Corporation (Nvidia) unveiled its first data center CPU ‘Grace’, an Arm-based processor designed to address the complex computing requirements for the world’s most advanced applications, including natural language processing, recommender systems and artificial intelligence (AI) supercomputing, during the Graphics Technology Conference (GTC) held on 12 April 2021. Against this backdrop, the company witnessed a staggering 300% jump in influencer conversations on Twitter during the third week of April 2021 over the previous week, according to GlobalData, a leading data and analytics company. 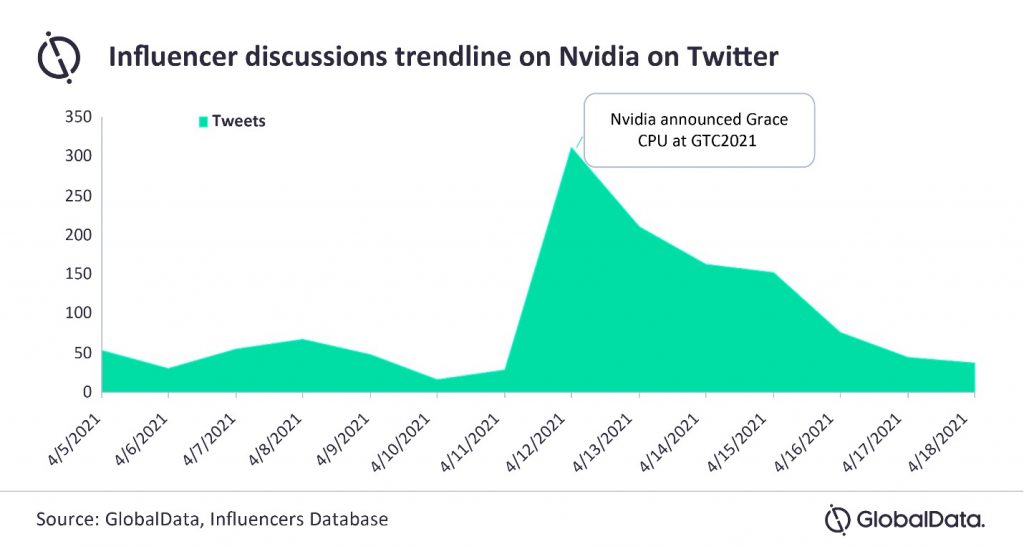 Grace was one of the several announcements related to AI, supercomputing and 5G delivered during GTC 2021, where Nvidia unveiled plans to advance accelerated computing. Set to be launched in 2023, Grace is claimed to provide 10 times faster AI performance than the current supercomputer AMD’s 64-core EPYC Rome processors. 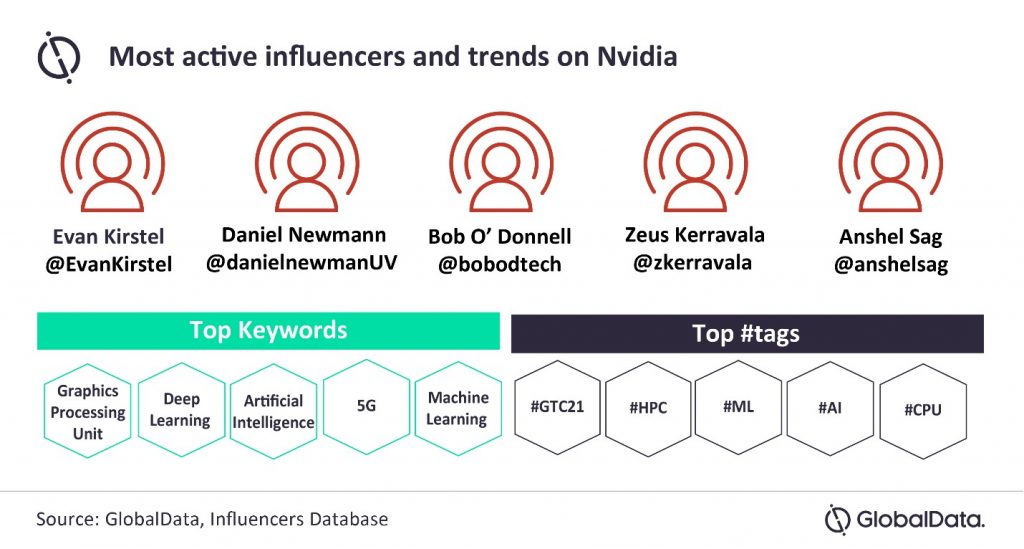 Smitarani Tripathy, Influencer Analyst at GlobalData, comments: “The influencers see Nvidia’s announcement to come up with its new data center CPU ‘Grace’ as a big step for AI/ML industry. Its speed is what largely impressed influencers as it can speed up the AI workloads, and can challenge other key players in the chip market such as Intel. Influencers also think Grace as another reason behind Nvidia’s US$40bn proposed deal to buy Arm Ltd.”

“New Research Note: NVIDIA made several big announcements yesterday at its #GTC21. Here are some thoughts on a couple of big announcements around HPC and #AI including the DGX SuperPOD and Station along with Grace. “

“Nvidia Grace provides 200GB/sec between CPU and GPU, with complete cache coherency. That’s…gonna completely change how a lot of code is written.”

Nvidia Grace provides 200GB/sec between CPU and GPU, with complete cache coherency. That’s…gonna completely change how a lot of code is written.

“Here it is – The world’s first CPU, designed for terabyte scale accelerated computing – Project Grace.  Another nail in the @intel coffin. #GTC #GTC21