Amazon.com (Amazon) unveiled its first home robot ‘Astro’ during its 2021 hardware event on 28 September, by joining the race of pervasive automation. This led to a sharp rise in influencer conversations on Twitter in the last week of September 2021, but the opinions were seen divided among influencers related to its tech features for home usage, according to GlobalData, a leading data and analytics company.

Astro is more than ‘Alexa on wheels’ as it can navigate autonomously for home care and provide peace of mind with hefty dose of artificial intelligence, integrated with Ring’s home security system. This Alexa-enabled robot is also capable of bunch of tasks such as carrying small objects, playing music and games and can also follow a person with its periscope camera while on a video call. 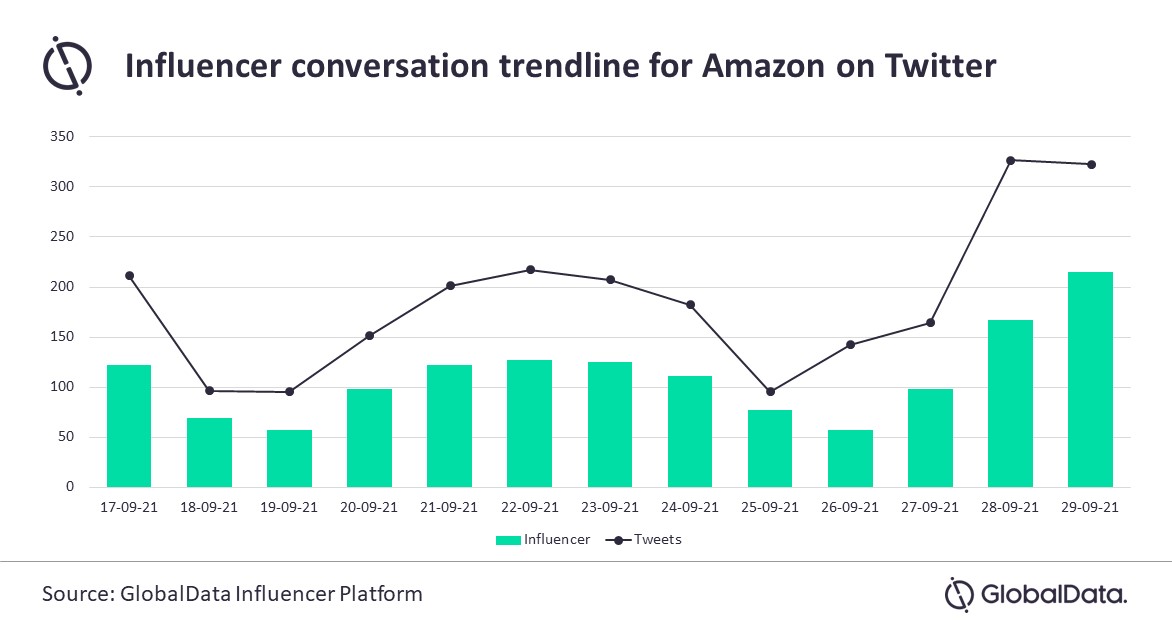 Smitarani Tripathy, Influencer Analyst at GlobalData, comments: “Influencers were positive on Amazon’s announcement of ‘Astro’, as they see the company is setting a new trend for home robots by entering into consumer market with applied robotics. However, a few influencers have raised concern over its home surveillance feature, for which they think people might have to trade their privacy for a part of home help.”

“Lot of first reactions about how cute or novel Amazon’s robot is without mentioning what it really is: another surveillance device created and controlled by a trillion dollar company.”

“Amazon summoned a household, canine-like robot called Astro during its fall product event as part of a new lineup of gadgets.”

“I’m really excited about giving Amazon a rolling camera and microphone that can explore every corner of my house autonomously and send that info to their servers. Too bad I need an invite! #robots”

“#Astro—@Amazon’s new domestic #security #robot—is already attracting big criticism. Aside from the questions of how well it’ll do its advertised job, people think their #privacy is at risk.”

Enterprise spending on data center and hosting services in China to grow at 6.8% CAGR through 2025, forecasts GlobalData
Top 50 Future Robotics Unicorns
Paytm listing will help reap benefits of growing mobile payments ecosystem in India, says GlobalData
Robotics operation in travel and tourism industry set to grow, says GlobalData
Japan to be one of the world’s smartest societies by 2030, says GlobalData