Nissan Motor Company, Ltd (Nissan) unveiled its plan to invest £1bn (US$1.4bn) in Sunderland, the UK for electric vehicle hub, ‘EV36Zero’, which led influencer conversations on Twitter to jump by 400% during the first week of July 2021 over the previous week, according to GlobalData, a leading data and analytics company. 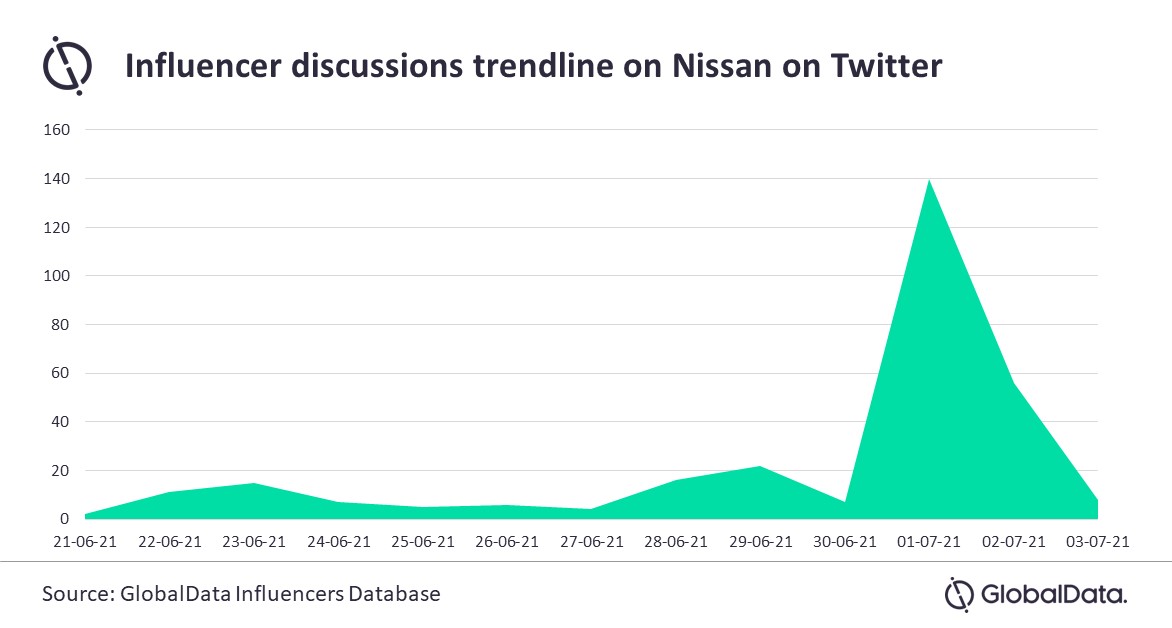 Smitarani Tripathy, Influencer Analyst at GlobalData, comments: “Influencers on GlobalData’s Nissan Company Platform favored Nissan’s investment decision to set-up electric vehicle hub in UK, which will result in new job creation and support thousands across the supply chain. Influencers also see the investment as a comprehensive approach as it will bring all together, UK’s battery production, EVs and renewable energy projects.”

GlobalData’s Job Analytics Database reveals that most of the months in 2020 witnessed single-digit job postings while Nissan has increased hiring activity in 2021 and job postings during the first six months of 2021 more than doubled compared to H2 2020.

Aurojyoti Bose, Lead Analyst at GlobalData, says: “Nissan’s hiring in the UK remained subdued during the COVID-hit 2020. However, it rebounded strongly, and we are witnessing increased hiring activity in 2021. Now with the current announcement coming in, the trend is likely to continue.”

Below are a few most popular Influencer tweets captured by GlobalData’s Company Influencer Platform:

“Nissan to invest £1 billion plan this morning, along with its Chinese partner, to build a battery plant to power 100,000 vehicles a year including a new crossover model. The investment will create 6,200 jobs at the Sunderland plant and in British supply chains.”

“Congratulations all at #Nissan. Great news for #ukmfg and the green car revolution. It is only a start though. Another 10 of these #gigafactories + significant investment in #Hydrogen fuel cells needed to make the UK less reliant on battery imports.”