The UK insurance market has seen the emergence of the gig economy as an opportunity not only for employment purposes but also as a new and growing market. With 2.8 million individuals working within the gig economy, those who are quick to scale in the market will undoubtedly reap the benefits, according to GlobalData, a leading data and analytics company.

The company’s latest report: ‘Insurance in the Gig Economy’, highlights the potential benefits that this emerging insurance market can bring to the industry. With the market currently being served by a number of small insurtechs, there is a considerable opportunity for any large insurer wishing to expand into this space, particularly as there is currently a large number of individuals operating within the gig economy who hold no insurance, which provides cover against accidents whilst working, loss of income due to illness or public liability.

The rapid improvements in technology have enabled the gig economy to grow from a consumer-to-consumer market into an entirely new marketplace, allowing for new ways of working to evolve. Individuals are no longer working for a single company, instead contracting out their services and being paid per task.

Daniel Pearce, Financial Analyst at GlobalData, explains: “This new working practice can benefit the insurance industry in a number of ways. Outsourcing tasks to those working in the gig economy will help reduce cost and potentially increase efficiency, but the most exciting prospect is the development of a new market which demands new insurance products. 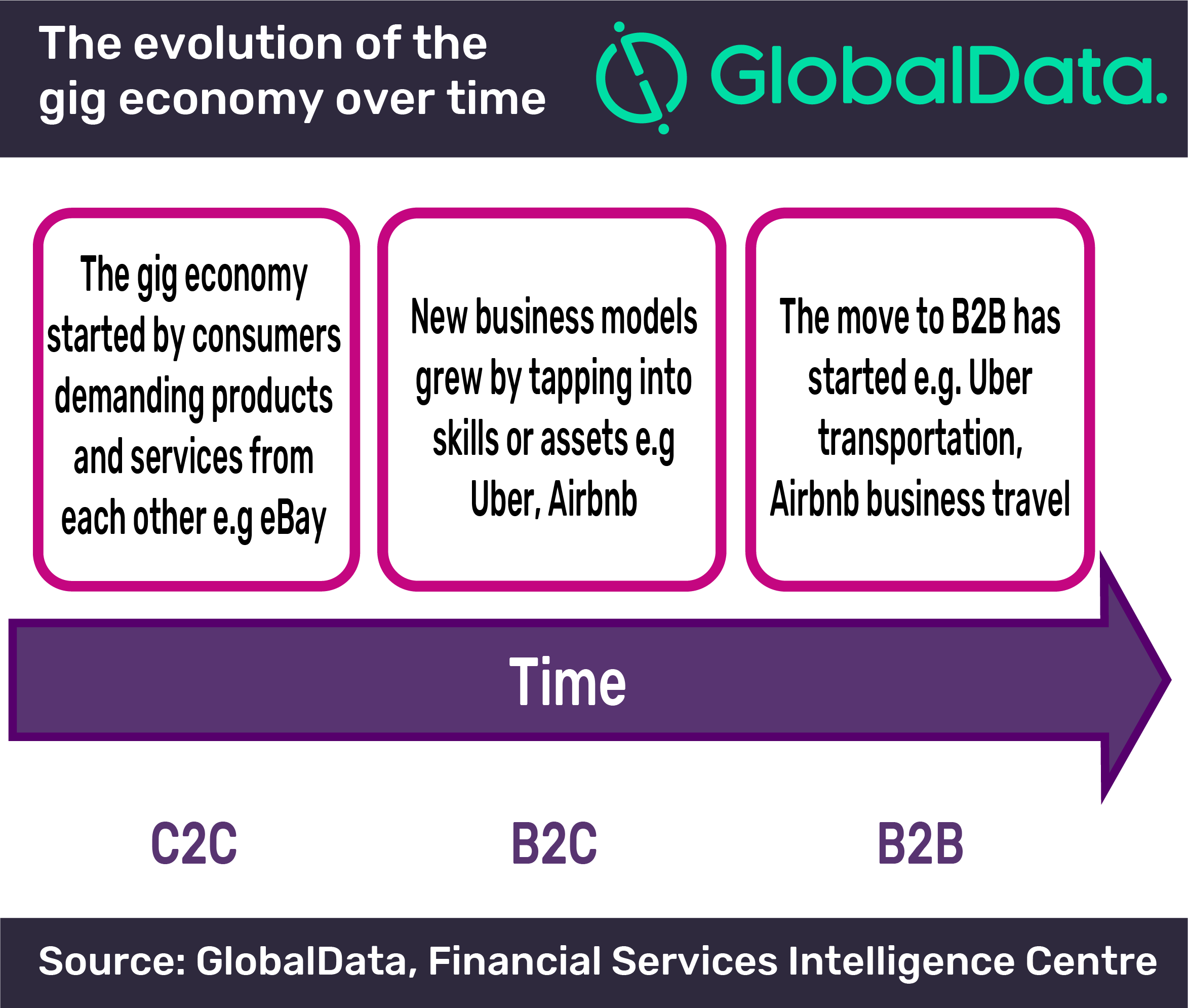 “Traditional commercial insurance products are just not suitable; they offer no flexibility and result in gig economy workers paying for insurance for periods they are not working. Insurtechs have responded to this by leveraging greater technological capabilities to develop insurance products for workers across different sectors which are able to be switched on and off, only providing cover for the necessary time frame and mirroring the flexible working hours of those in the gig economy. This has resulted in insurtechs being the main presence within the gig economy insurance space.”

Large insurers will naturally be interested in entering the market, with partnerships being the easiest route, according to GlobalData. However such a move should be treated with caution for a number of reasons. The gig economy in the UK is an evolving space, where there is potential for regulation to be implemented imminently, altering the rights of workers and in turn altering their need for certain insurance products. For example, court cases surrounding workers employment rights at companies such as Deliveroo and Uber have attempted to provide clarity upon the issue.

“The gig economy will continue to grow in popularity with workers who seek increasingly flexible employment and insurers would be naive not to establish themselves within this market.”

Information based on GlobalData’s report: Insurance in the Gig Economy