Intel made the right call on manufacturing as the company is a vital US strategic asset, says GlobalData

22 Jan 2021
Intel made the right call on manufacturing as the company is a vital US strategic asset, says GlobalData

Following the news that Intel has said it will make the majority of its chips in-house:

“Under pressure from activist investors to sell its manufacturing division and focus on chip design, Intel yesterday re-affirmed its commitment to making most of its own chips in-house. We see Intel’s vertical integration as a significant competitive advantage for Intel, as geopolitical tensions between the west and China continue to mount.

“GlobalData noted on Wednesday that Intel was not about to abandon its manufacturing, and this has certainly come to light as Intel’s new CEO Pat Gelsinger confirmed that the company will not yield to investor pressure to sell off its manufacturing operation – instead, it will prioritize fixing its production problems and continue to make most of its chips.

”GlobalData’s Thematic Semiconductor Scorecard reflects Intel’s pivotal position in the industry. Its choice to continue in-house production is exactly right, but the way forward will be very tough. It should be noted that Intel is the only US chip company able to make advanced chips for the military, aerospace and other key industries. In short, it is a vital US strategic asset as China bids to become self-sufficient in making chips.” 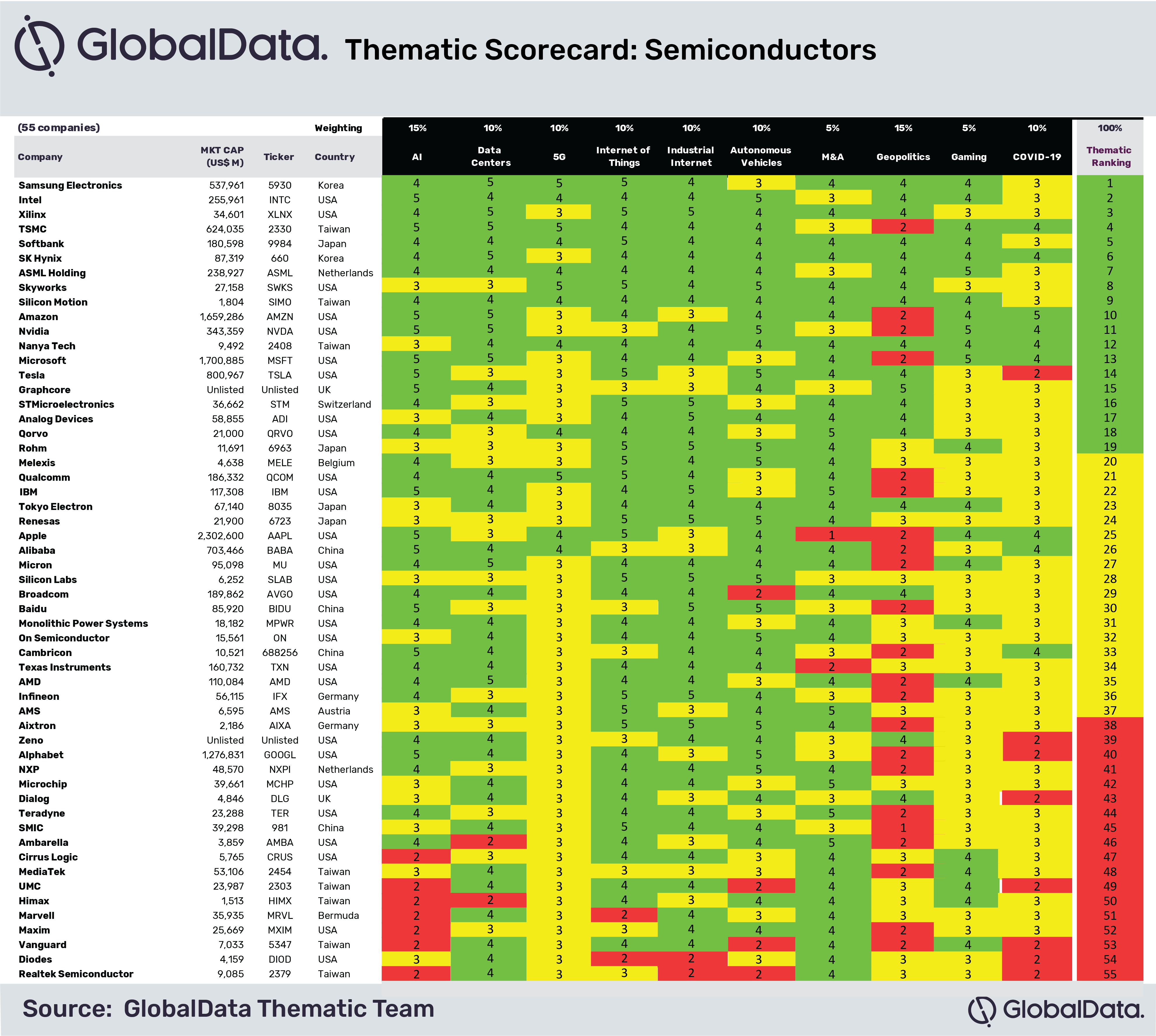