The Internet of Things (IoT) industry seems to have past the hype as concerns around the security of devices connected through IoT start emerging day by day. This reflects in the analysis of GlobalData, a leading data and analytics company, which reveals that venture capital (VC) funding and mergers and acquisitions (M&A) activity in the IoT marketplace witnessed fluctuating fortunes during 2014-2018. 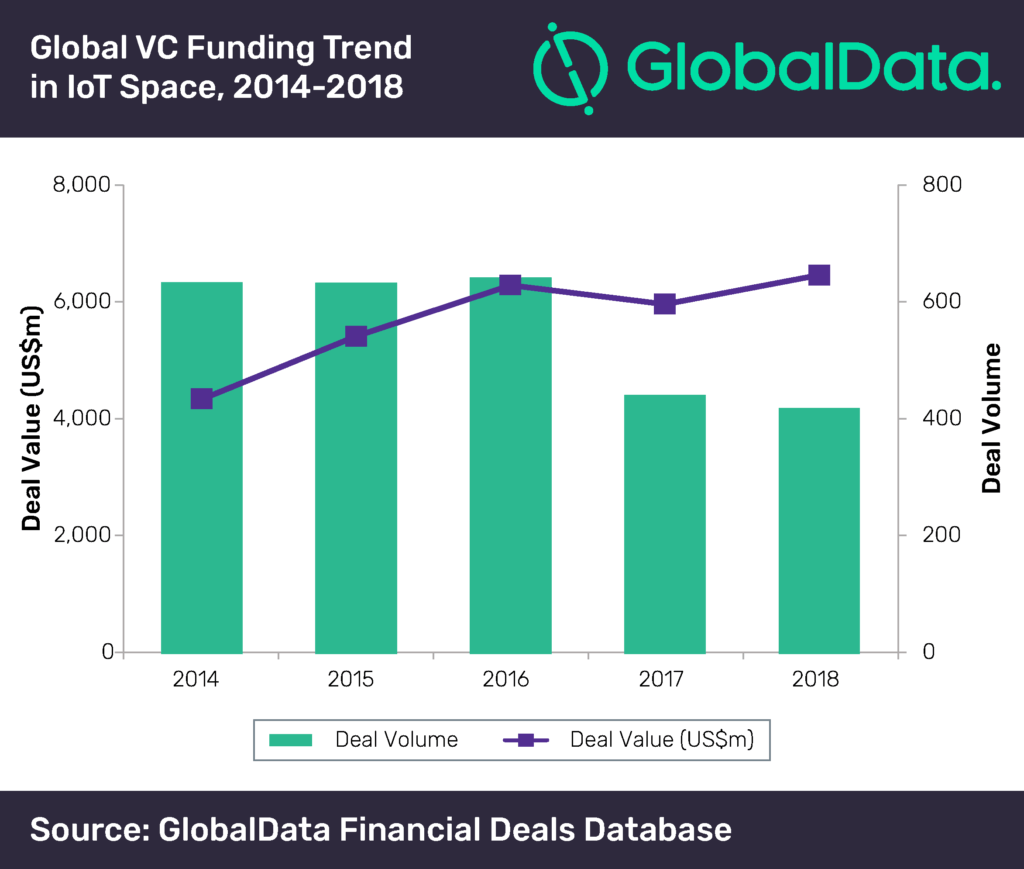 Of the top five VC funded companies during the review period, the US and Chinese companies accounted for two positions each. While the US-based Magic Leap and Carbon3D collectively raised US$2.8bn, the two Chinese firms Xiaomi and Horizon Robotics accounted for a total disclosed funding value of US$1.8bn. Spotify, a Swedish company, also made it to the top five list with a total disclosed funding value of US$526m.

Aurojyoti Bose, Financial Deals Analyst at GlobalData, says: “Amidst the rosy picture for IoT technology and its implementation across different areas, several project failures in the recent past have made investors wary.”
As per a study by Cisco in 2017, the success rate for companies implementing IoT is as low as 26%, primarily due to serious concerns over cyber security. In October 2016, a huge distributed denial of service (DDoS) attack by Mirai botnet malware using insecure IoT devices made Internet inaccessible in the US for some time.

Bose adds: “Project failures and security concerns have slowed down the hype around IoT, as reflected in declining VC deal volume in 2017-2018. However, the growth in deal value but drop in volume is indicative of the fact that investors are looking for safe bets and prefer investing in fewer but promising companies only.” 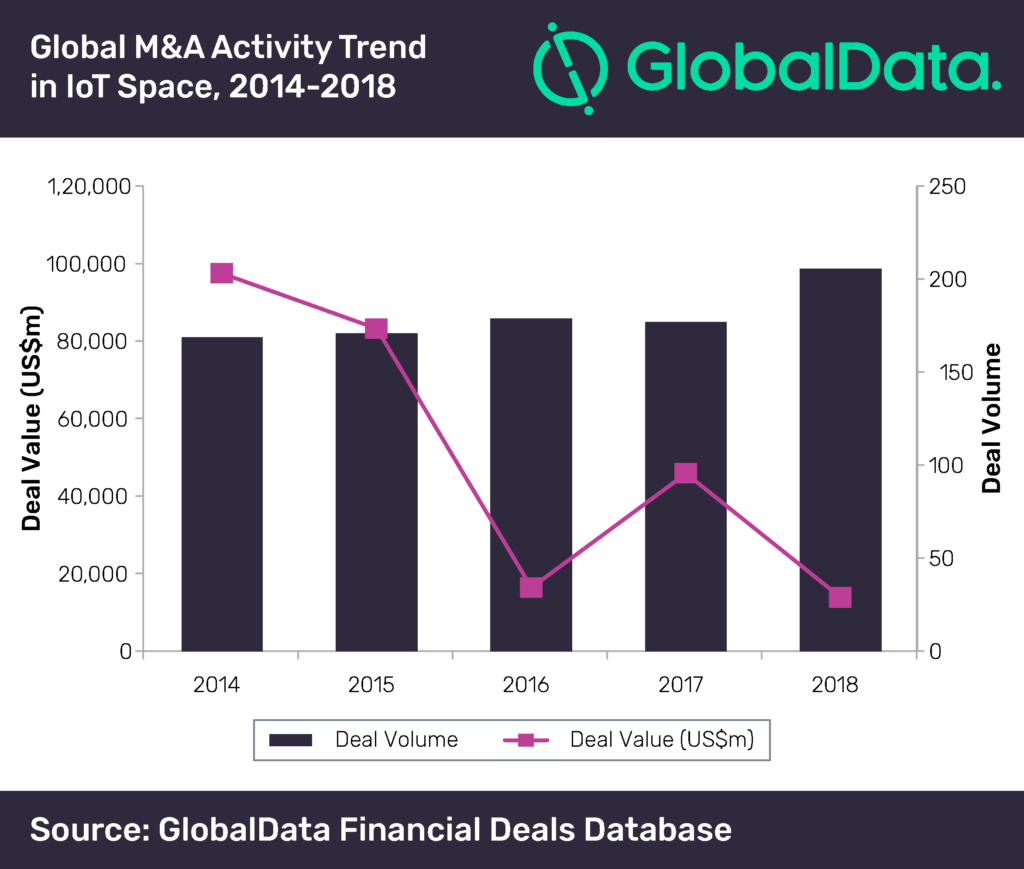 With more than 50% share of deal volume and around 75% share in the total disclosed deal value, the US accounted for the major share in M&A deals during 2014-2018 followed by the UK, France and China.

Bose concludes: “While we see some roadblocks in the successful implementation of IoT technologies, there’s a lot in store for IoT startups/investors in the future. Deal activity is expected to gain momentum in the coming years, as we continue to become more connected with improved IoT architecture and better security solutions addressing the challenges associated with successful IoT deployment. Moreover, industrial Internet of things (IIoT) space has also started gaining traction in recent times.”