Iran, Russia and US to drive global methanol capacity additions by 2030, says GlobalData

Iran, Russia and the US are expected to drive the global methanol industry growth from planned and announced plants between 2019 and 2030. Together these three countries will contribute around 64% of the total global methanol capacity additions, according to GlobalData, a leading data and analytics company. 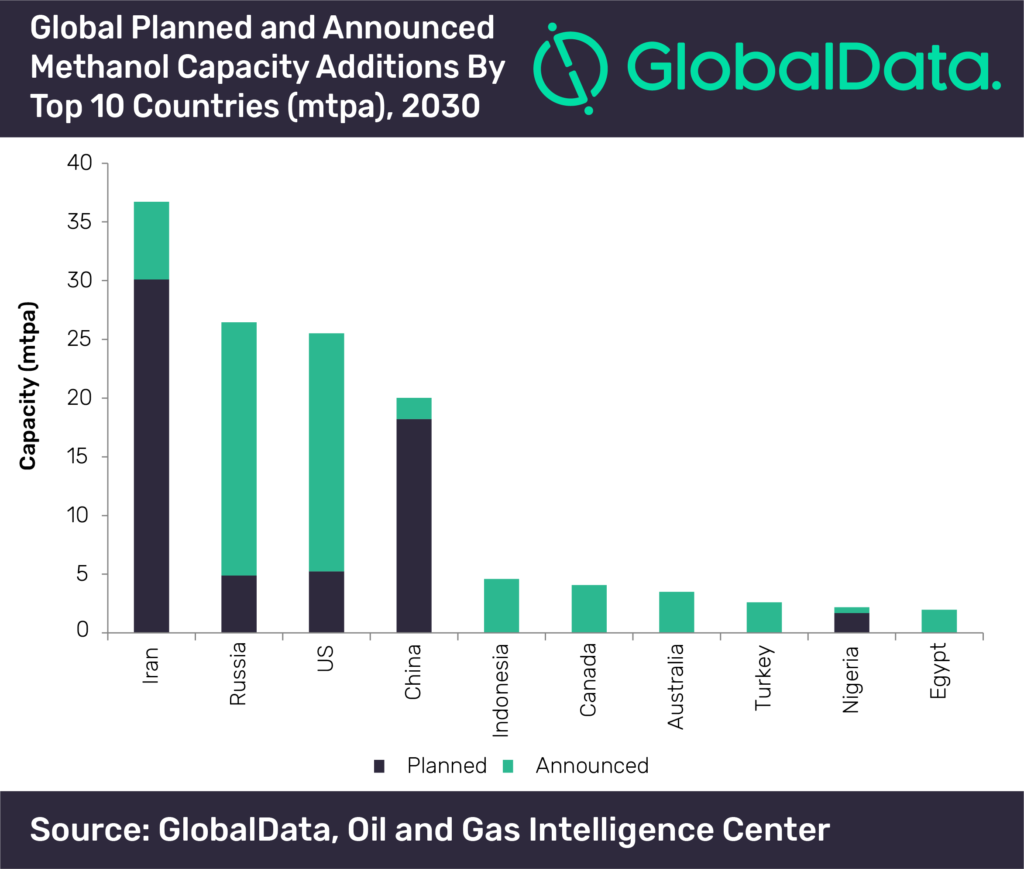 
GlobalData identifies Russia and the US as the second and third largest countries in terms of capacity additions. Russia is set to add 26.45 mtpa of planned and announced methanol capacity from new-build and expansion plants while the US is likely to contribute 25.52 mtpa from planned and announced plants by 2030.

Dayanand Kharade, Oil and Gas Analyst at GlobalData, comments: “Abundant availability of low-cost feedstock in Iran and Russia and the shale gas advantage in the US are the primary reason for the rush in methanol capacity additions in these countries.”