Among Italy’s’ top ten insurers, eight are heavily reliant on the life insurance domain and could witness a spike in the claims segment. Due to the over-exposure to the claims, Italy’s prominent insurers are therefore likely to witness losses. So, the few players with more diverse segments may consolidate their positions in the coming future, says GlobalData, a leading data and analytics company.

Deblina Mitra, Insurance Analyst at GlobalData, says: “The top ten’s high exposure to life insurance exposes them to a potential decline in investment returns. However, two insurers have dependence of more than 30% on motor insurance, which exposes them to the expected stagnation in the motor sector. But they are unlikely to see a sharp rise in claims, as is expected in the life segment, making them better placed in the short term.” 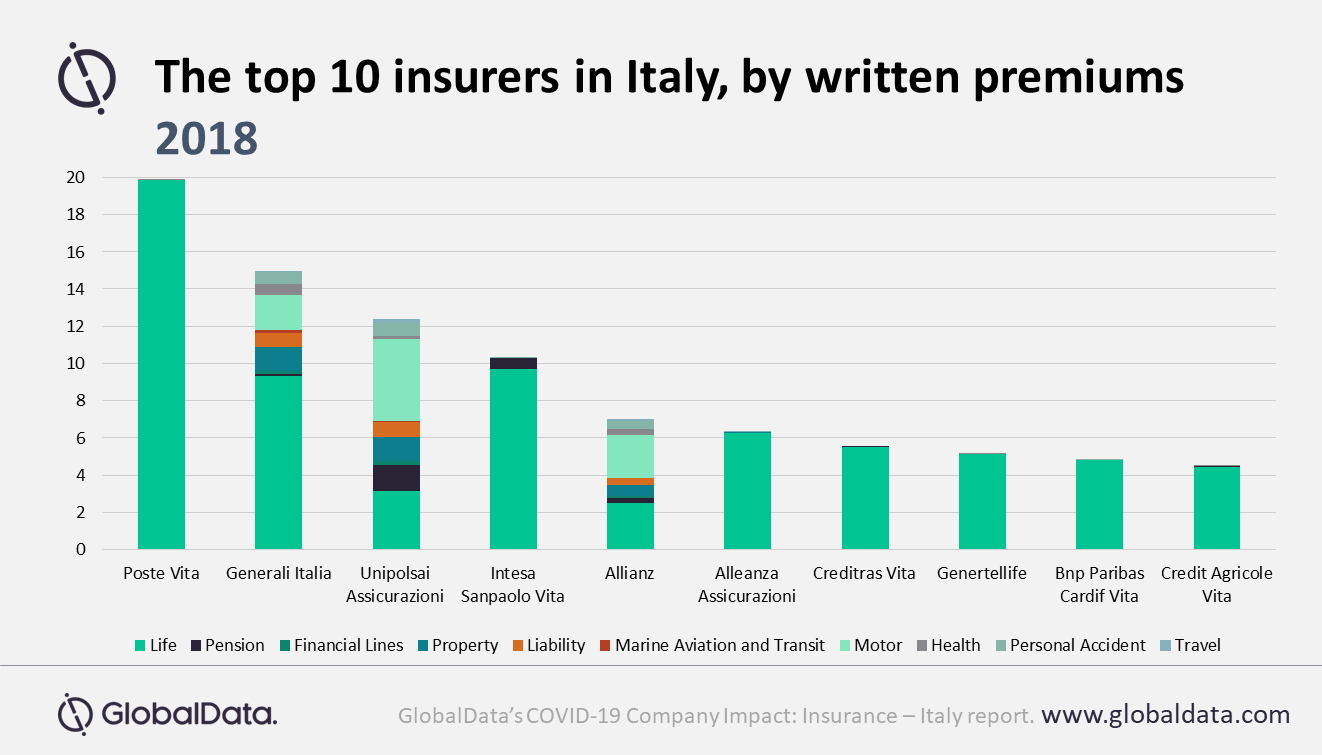 GlobalData written premium data also shows that the top life insurers in Italy hold a large share of that market and therefore, they are exposed to high-risk life insurance policies.

Ms Mitra concludes: “Term life accounted for 70% of the top ten life insurer’s total business. Considering the high death rate in Italy due to COVID-19, the category has the highest exposure. Moreover, life insurers are also experiencing a decline in the investment returns due to the volatile market conditions.”