Japan’s cosmetics & toiletries set to grow at slower pace between 2018-2023 due to sluggish economy, says GlobalData

13 May 2019
Japan’s cosmetics & toiletries set to grow at slower pace between 2018-2023 due to sluggish economy, says GlobalData

GlobalData’s report, ‘Country Profile: Cosmetics & Toiletries in Japan’, reveals that skincare products held the largest value share of 48.1% in 2018, followed by make-up products, which accounted for a value share of 15.7% in the same year.

Monika Bargla, Consumer Analyst at GlobalData, says: “The decreasing population as well as falling employment levels will affect the usage of cosmetics & toiletries products in the country. As a result, the industry is expected to grow at a slower pace.”

The report further points out that Japan’s value share in the Asia-Pacific (APAC) region, which stood at 21.5% in 2018, is expected to decline to 18.4% by 2023, mainly due to the projected faster growth of cosmetics & toiletries products in other leading countries in the region, such as India and China, during the forecast period.

The per capita consumption (PCC) of cosmetics & toiletries in Japan, which was higher than both APAC and global levels at 27.7 units in 2018, is forecast to increase to 29.1 units in 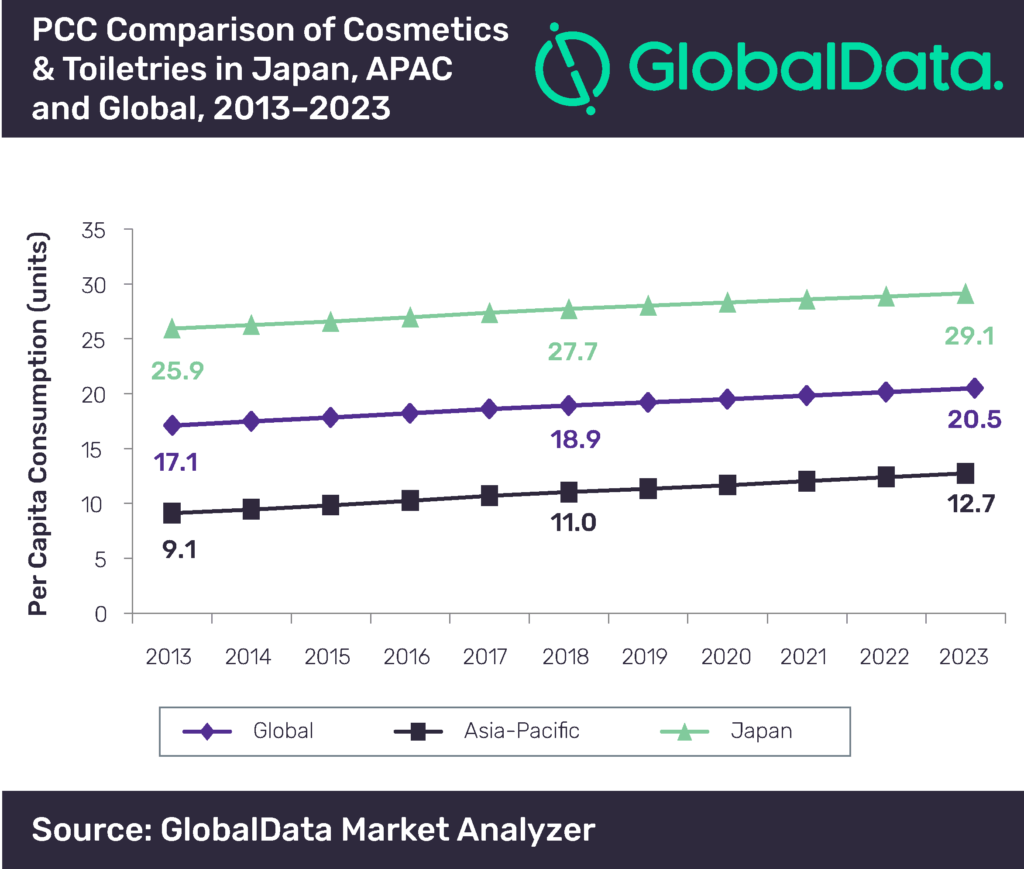 Kao, KOSE Corporation and Shiseido Company Limited were the leading market players in Japan while Shiseido, Moisture Mild, and Sekkisei were the top brands. Private label products accounted for a meager 0.5% value share in 2018, inspite of Japan having a well-developed distribution network of hypermarkets and supermarkets, reports GlobalData.