JP Morgan has topped the latest M&A league table of the top 10 financial advisers in the financial services sector for FY2018, compiled by GlobalData, a leading data analytics company.

The top spot was secured based on the total advised deal value of $115.4bn. However, in terms of deal volume, it came second behind Sandler O’Neill & Partners with 48 deals.

According to GlobalData, which tracks all merger and acquisition, private equity/venture capital and asset transaction activity around the world to compile the league table, Morgan Stanley and Citi came in second and third, advising on deals worth a total of $97.1bn and $71.5bn, respectively.

Ravi Tokala, Financial Deals Analyst at GlobalData, said: “JP Morgan emerged as the only bank to cross the $100bn mark with respect to deal value in the financial services sector. Sandler O’Neill & Partners, which specializes in the financial services sector, and Allen Overy, were the only financial and legal advisers, respectively, which advised on more than 50 deals in the sector in 2018.” 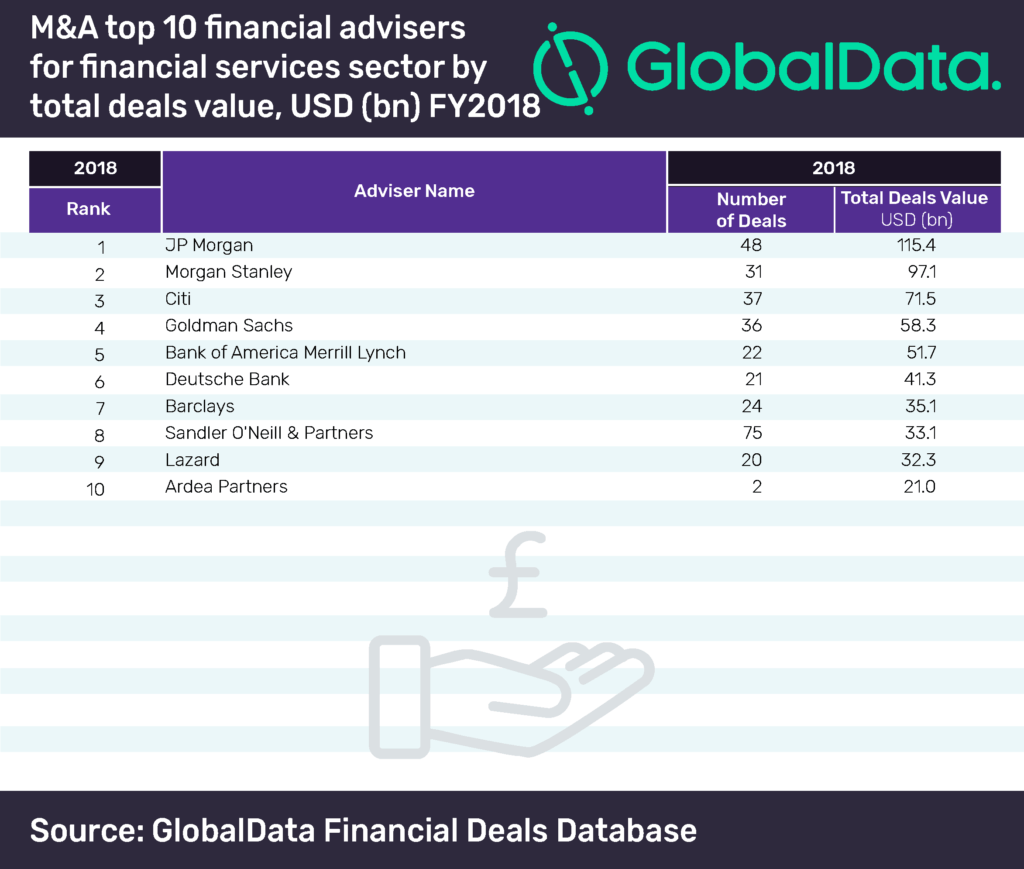 Goldman Sachs, which stood fourth in the financial services league table, beat all competitors in the global league table. 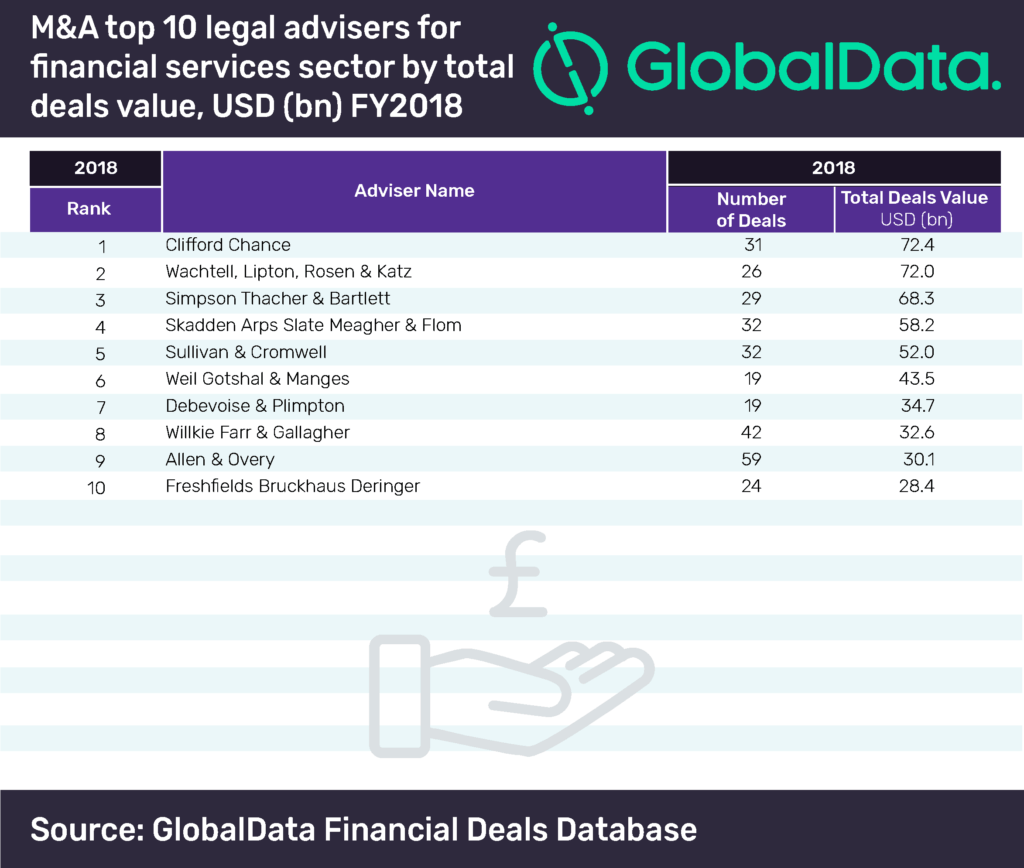