In GlobalData’s ranking, JP Morgan gained the top spot in terms of deal value by advising on six deals worth $31.8bn, which was the highest value among all the advisers. Meanwhile, PwC led in volume terms having advised on 14 deals worth $1.8bn.

Aurojyoti Bose, Lead Analyst at GlobalData, comments: “PwC, despite advising on more than double the number of deals advised by JP Morgan, failed to even cross $2bn in value. PwC not only lost the top position by value to the latter but also failed to make it to the list of top ten advisors in terms of value. 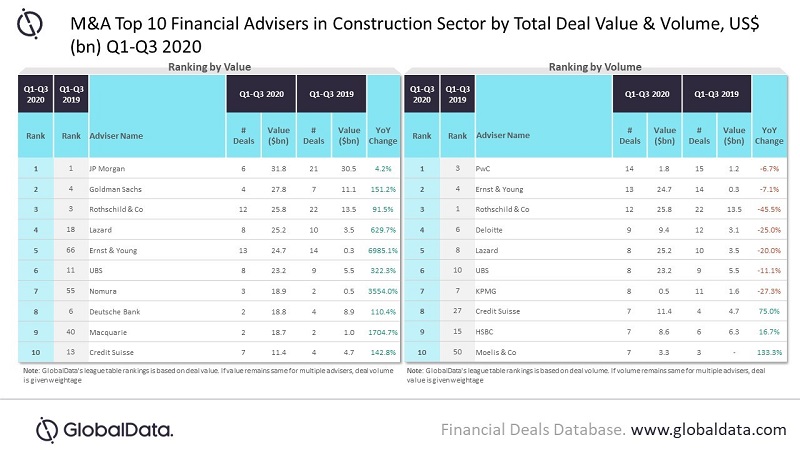 Ernst & Young occupied the second position by volume with 13 deals worth $24.7bn, followed by Rothschild & Co.