The FDA and EMA’s recent positive opinions on the expanded use of Merck & Co’s Keytruda (pembrolizumab) has the drug all set to catch up to Seagen’s Adcetris (brentuximab vedotin) in the transplant ineligible setting, according to GlobalData, a leading data and analytics company. The expansion is also likely to have a significant impact on future combinatorial treatments in the Hodgkin’s lymphoma market.

Miguel Ferreira, MSc, Oncology and Hematology Analyst at GlobalData, comments: “GlobalData’s forecast model for Hodgkin’s lymphoma projects that Keytruda will catch up to Adcetris in the transplant ineligible setting as soon as 2029. In the long-term, Keytruda’s increased use and influence in this market will be a significant factor driving the market towards combinatorial approaches, and the developers of both Keytruda and Opdivo will be eagerly exploring combinations with CD30-targeted therapies.” 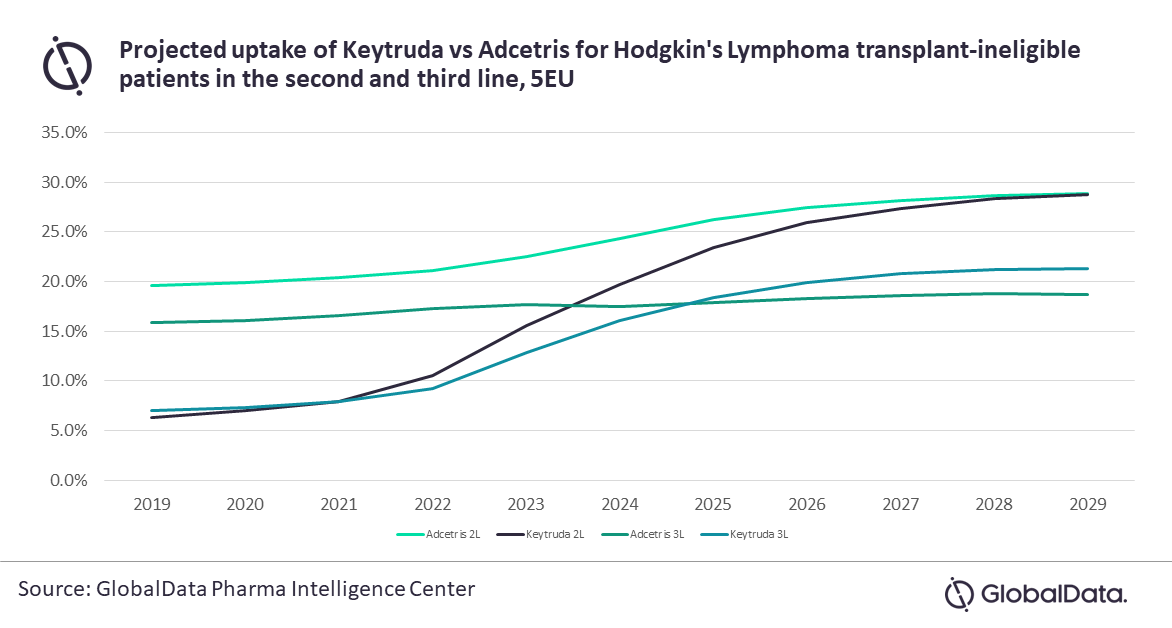 Immunotherapies continue to gain a foothold in the Hodgkin’s lymphoma market, five years after the first one was approved in the space. Despite Keytruda’s earlier expansion, GlobalData is still projecting Bristol-Myers Squibb Opdivo (nivolumab) to have the most significant expansion of IO therapies overall in the Hodgkin’s lymphoma market due to its projected expansion in combinations with AVD and Adcetris, respectively. However, Keytruda is taking early strides and will become a more influential product going forward – a key strength when the market begins to move towards combination therapies with pipeline agents.