Kirkland & Ellis has secured number one position in the latest global mergers and acquisitions (M&A) legal advisers league table for Q1 2019, according to GlobalData, a leading data and analytics company.

The American law firm advised on 128 deals worth $215.9bn, including the biggest transaction of the quarter – Bristol-Myers Squibb’s acquisition of Celgene for $89.5bn. With a mix of deal sizes, the company also witnessed a significant year-on-year increase of 129.36% in deal value during the quarter. 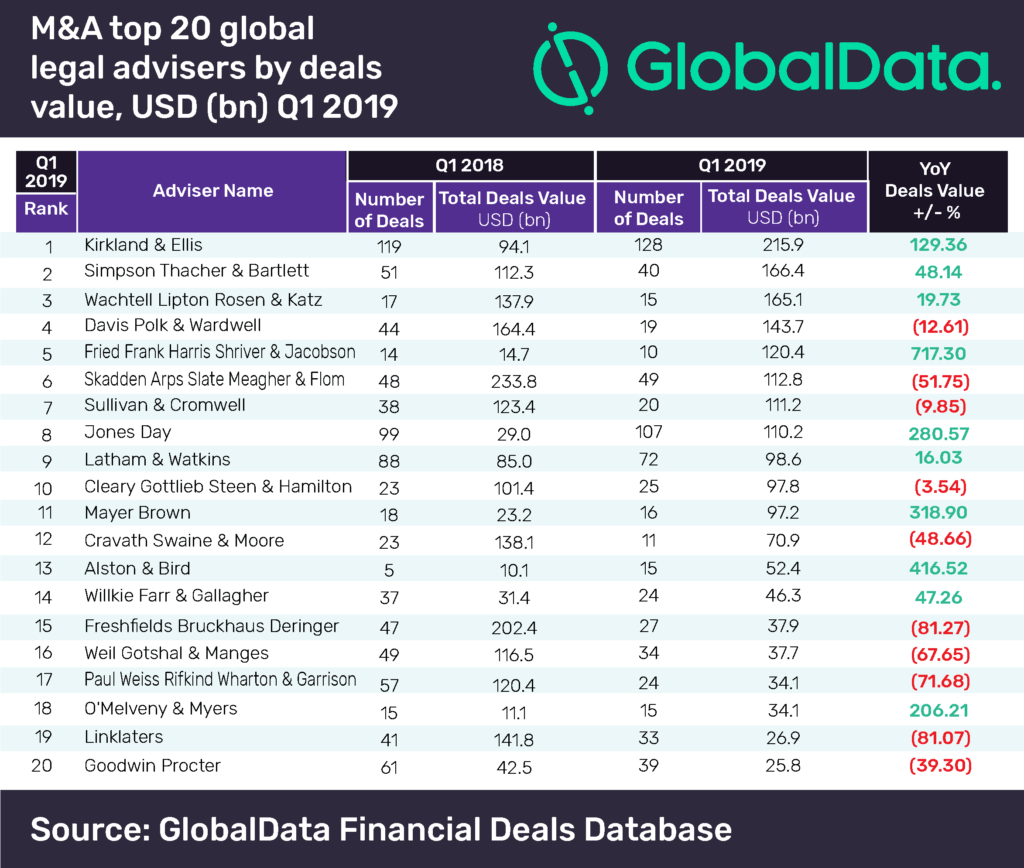