Kirkland & Ellis has emerged as the top legal adviser for mergers and acquisitions (M&A) by both value and volume in the global technology, media & telecom (TMT) sector for Q1-Q3 2020 having advised on 135 deals worth $74.9bn. A total 6,608 M&A deals were announced in the sector within this timeframe, marking an 8.6% increase over the 6,085 deals announced during the same period in 2019, according to GlobalData, a leading data and analytics company.

Skadden, Arps, Slate, Meagher & Flom occupied second position in GlobalData’s ranking of top legal advisers for M&As in the global TMT sector by value with 40 deals worth $54.1bn in total, followed by Cleary Gottlieb Steen & Hamilton with 17 deals worth $52.7bn, and Weil Gotshal & Manges with 56 deals worth $50.1bn. 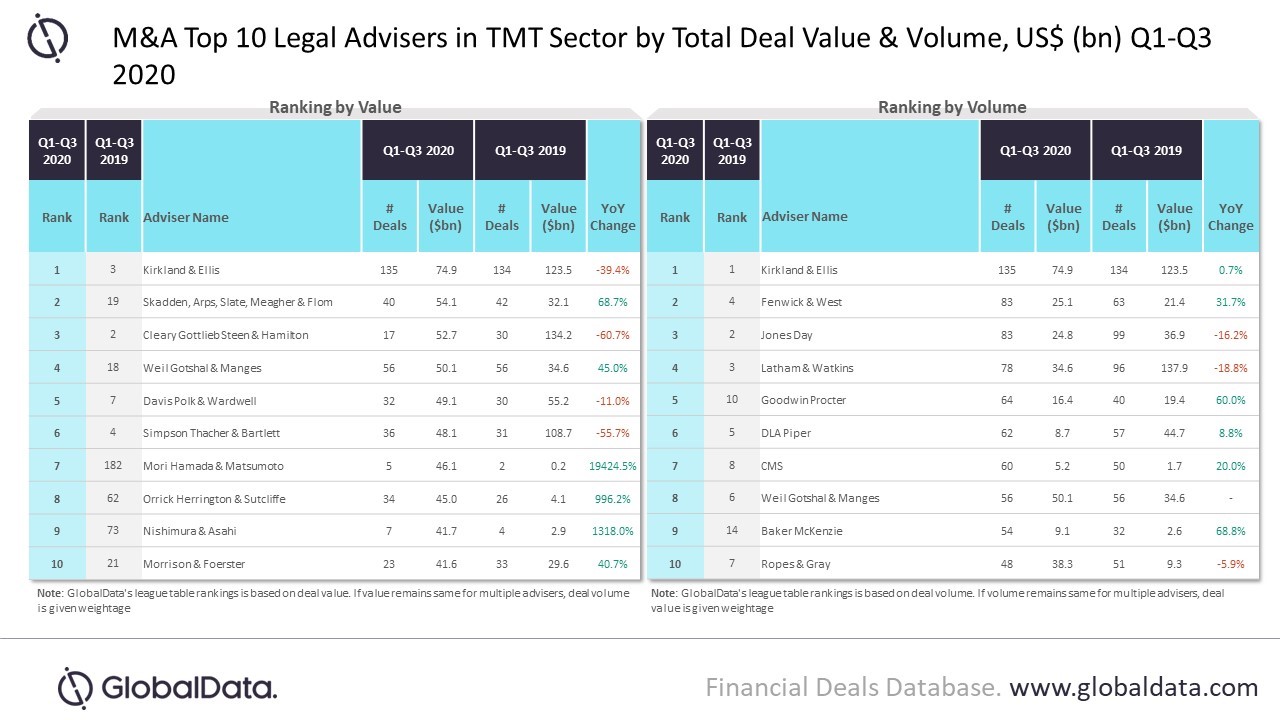 Bose adds: “Fenwick & West and Jones Day occupied second position and third position by volume with 83 deals each worth a total of $25.1bn and $24.8bn, respectively; followed by Latham & Watkins with 78 deals worth $34.6bn in total.