Kirkland & Ellis emerged as the top mergers and acquisitions (M&A) legal adviser in the technology, media & telecom (TMT) sector for 2021 by both value and volume, according to GlobalData, which noted that Kirkland & Ellis advised on 360 deals worth $192.2 billion. The leading data and analytics company revealed that there was a total of 12,585 M&A deals announced in the sector during 2021.

Aurojyoti Bose, Lead Analyst at GlobalData, comments: “Kirkland & Ellis was the clear winner in terms of deal volume and value. It was the only firm that managed to advise on more than 300 deals during 2021, with the deals worth just shy of $200 billion.” 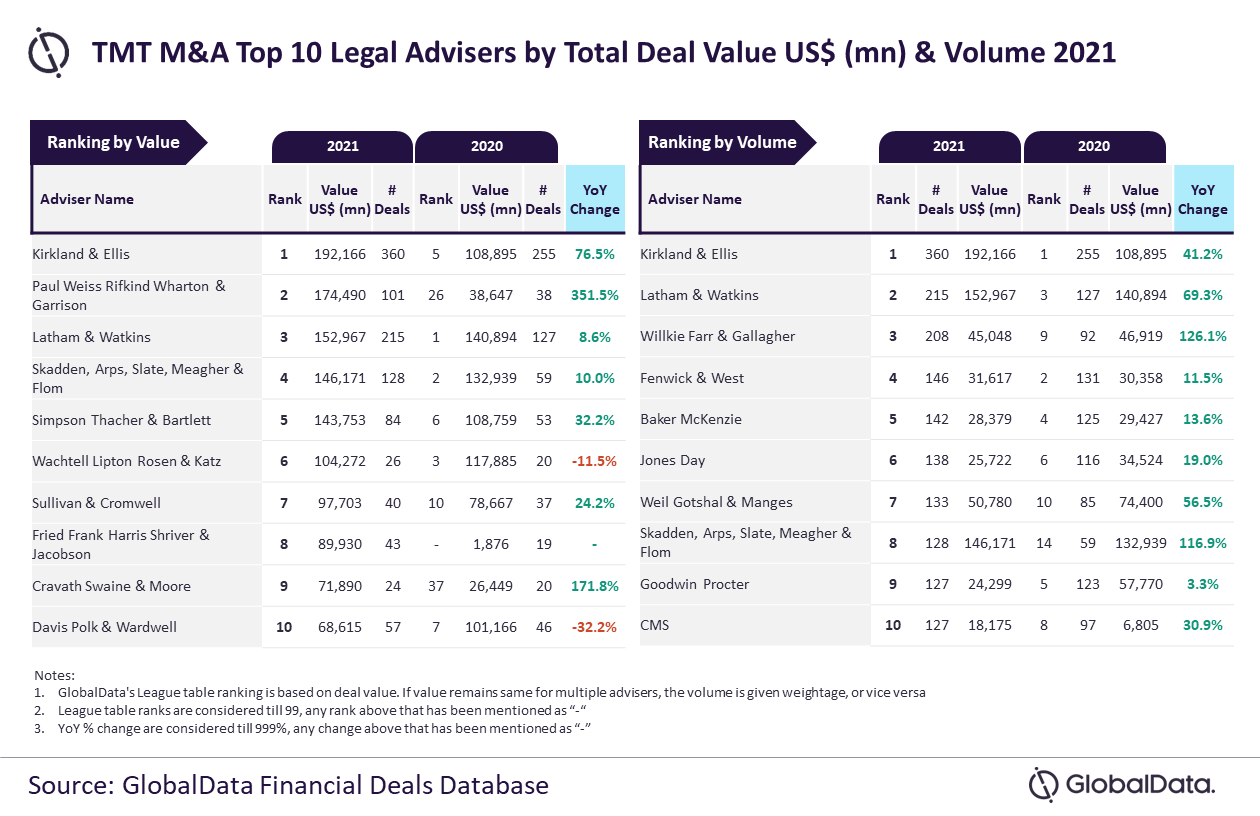 Latham & Watkins occupied the second position in terms of volume; followed by Willkie Farr & Gallagher, with 208 deals worth $45bn; Fenwick & West with 146 deals worth $31.6 billion; and Baker McKenzie, with 142 deals worth $28.4 billion.