Kirkland & Ellis bagged top spot in terms of deal value by advising on nine deals worth US$16.6bn, which was the highest value among all the advisers. Meanwhile, Latham & Watkins led in volume terms having advised on 11 deals worth US$4.6bn.

Aurojyoti Bose, Lead Analyst at GlobalData comments: “Latham & Watkins was the only adviser to showcase double-digit deal volume and billion-dollars in deal value. However, due to the involvement in relatively low value transactions, it lost the top position in terms of value to Kirkland & Ellis.

Freshfields Bruckhaus Deringer also advised on the same number of deals advised by Kirkland & Ellis but occupied the second position by value. It was followed by Allen & Overy with seven deals worth US$10.8bn and Linklaters with four deals worth US$10.6bn. 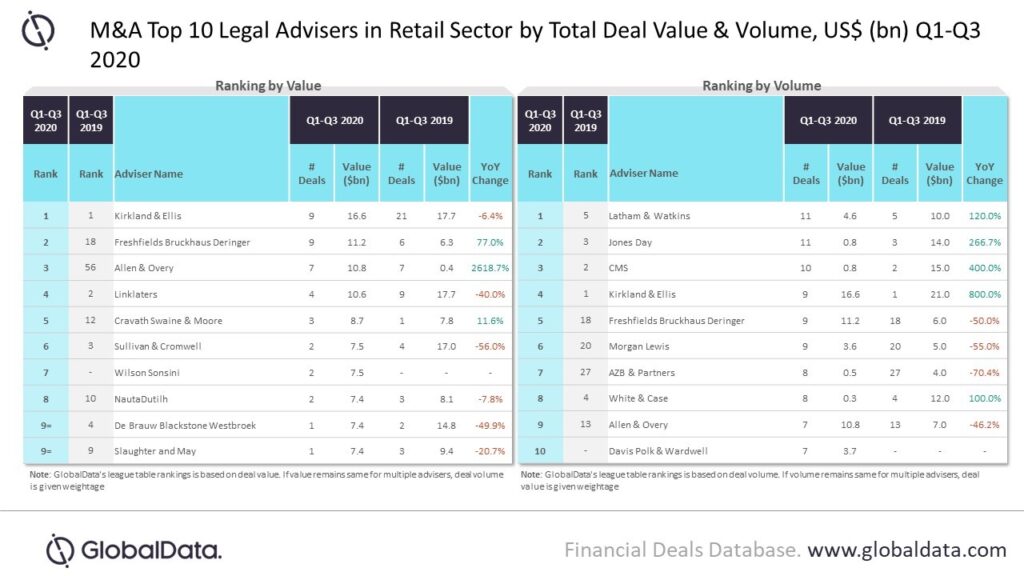