Kuwait to lead the Middle Eastern refinery capacity growth by 2024

Supported by its Al-Zour project, Kuwait is expected to lead the refinery capacity growth in the Middle East by 2024, with the anticipated addition of 615 thousand barrels per day (mbd) contributing to around 31% of the region’s total growth. This is expected to be closely followed by Saudi Arabia, with contributions of 24%, says GlobalData, a leading data and analytics company.

GlobalData’s report, ‘Refining Industry Outlook in Middle East to 2024 – Capacity and Capital Expenditure Outlook with Details of All Operating and Planned Refineries’, reveals that refining capacity in the Middle East is expected to increase by around 17% from 11.6 million barrels per day (mmbd) in 2020 to 13.6mmbd by 2024. Of the total capacity additions in the region, 1.5mmbd is expected to come from planned projects, while the remaining 0.5mmbd is likely to come from the expansions of active/operational projects.

Amareswari kanaparthi, Oil and Gas Analyst at GlobalData, comments: “Kuwait leads the refinery capacity growth in the Middle East through the planned Al-Zour project, one of the biggest upcoming refineries in the world. The refinery is being planned to process 615mbd of Kuwaiti crudes to produce low-sulphur fuel oil (LSFO) for power plants in the country, and other products such as jet fuel for global markets. The refinery helps Kuwait to reduce emissions from power plants by replacing high-sulfur fuel oil with low-sulfur fuel oil.” 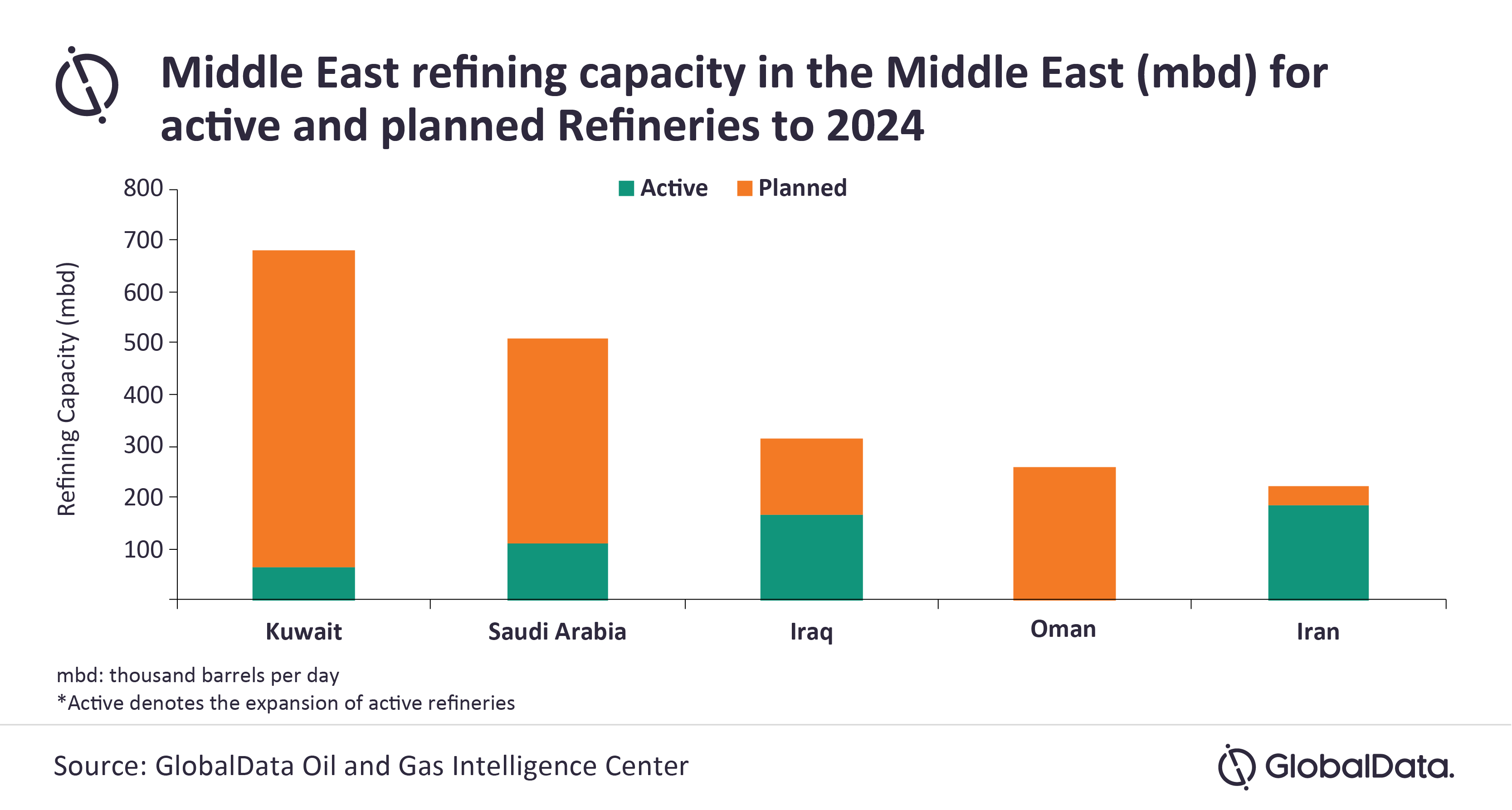 GlobalData expects Saudi Arabia to occupy the second place in terms of refinery capacity additions in the Middle East by 2024. Saudi Arabia is expected to contribute about 24% of Middle east refinery capacity growth, adding about 470mmbd by 2024. Additions in the country are mainly from the planned Jizan refinery, which has a refining capacity of 400mbd, and the expansions of Jubail and Yanbu refineries.

Amareswari concludes: “Iraq will be the third-highest country in the Middle East to add about 310mbd of refining capacity by 2024.The planned Karbala refinery accounts for about half of the capacity additions in the country.”