As the COP26 meeting in Glasgow gets underway, many countries are behind on their targets for increasing the share of renewables in power generation no matter their income levels, partly as a consequence from delaying mobilising at least $100bn in climate finance.

Barbara Monterrubio, Energy Transition Analyst at GlobalData, a leading data and analytics company, offers her view on the issue:

“Aligning to the 1.5-degree target will be challenging for many economies, especially for those with current low GDP per capita, which are not able to finance a sustainable change in the upcoming years.

“A global power renewable share of 39% is forecasted for 2030, which is a considerable increase compared to 2021’s share of 29%. However, even with that substantial rise, 78 countries remain under the forecasted global renewable share. These countries will require further economic or political support to help them comply with current COP26 goals of achieving net zero by mid-century.

“Asking countries to be more ambitious with their 2030 emissions reduction targets may differ depending on the income level of each country and the accessibility to renewable sources. For instance, low-income countries may not be as quick to shift to renewables as significant investments are needed to strengthen low carbon targets.

“However, there are also many rich countries that are slow to transition. Half of the countries with high income levels will still be relying on fossil fuels for power over the next decade. Richer countries as Saudi Arabia, South Korea, and Russia, with a projected renewable share below 20% by 2030, will need to further increase their investment for shifting into renewables and back the world’s emissions reduction targets.

“Currently, half of the world, regardless of income levels, will not have a significant renewable generation share by 2030. There is also an important relation for countries with a higher GDP per capita to act now by investing in new technologies and shifting into cleaner energy sources in order to be aligned to the 1.5-degree scenario.” 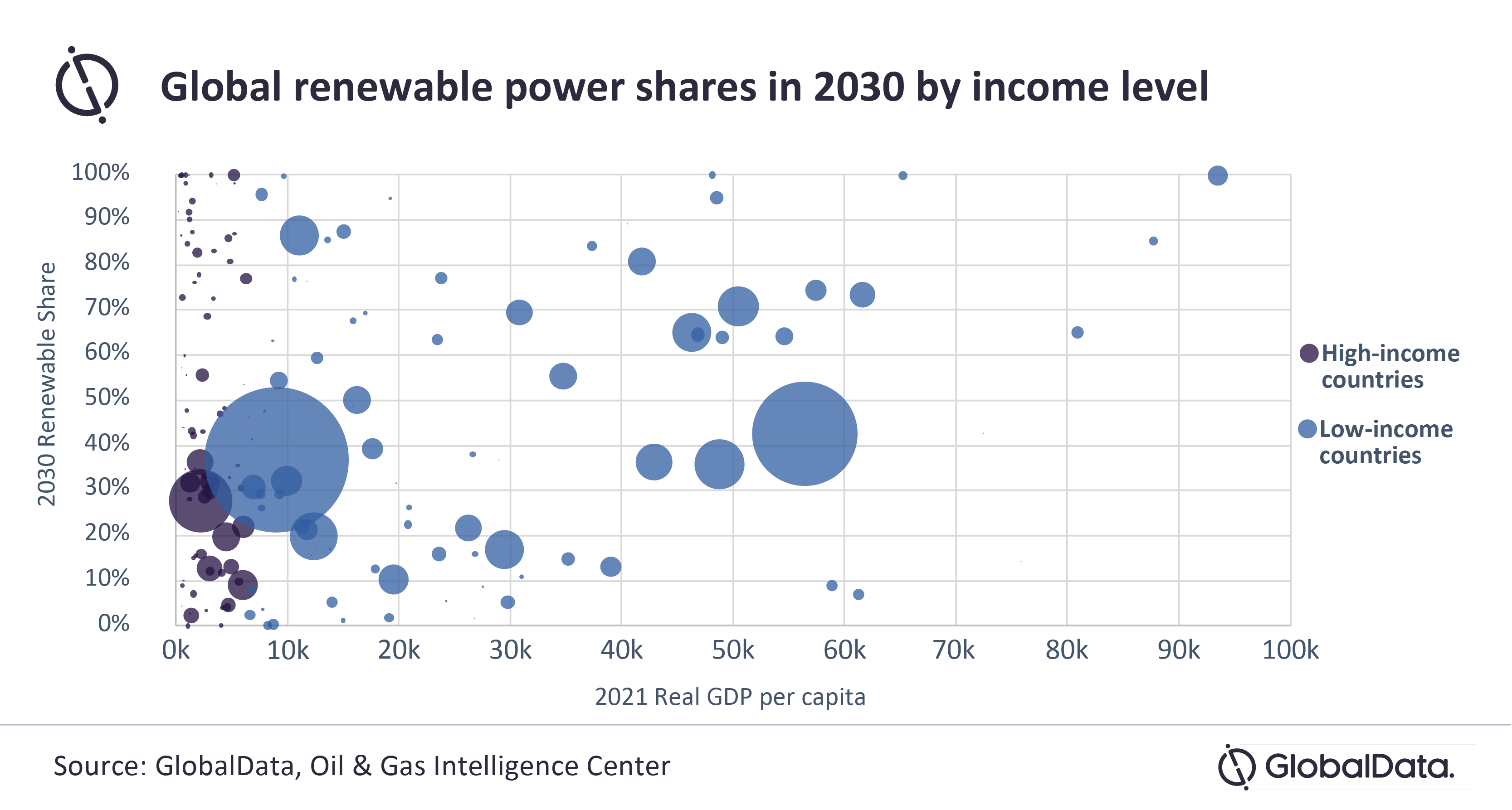