Clubs in LaLiga have been forced to find new sponsorship revenue streams this season following Spain’s ban on betting brand partnerships. Leading data and analytics company GlobalData notes that the digital space, including cryptocurrency and fan tokens*, could provide a lucrative source of new sponsorship revenue for the league.

Jake Kemp, Sport Analyst at GlobalData, comments: “Cryptocurrency brand sponsorship and fan tokens have truly emerged as a new force in sports sponsorship in 2021, and Spain’s premier soccer league has been quick to jump on the trend. The league has already signed a total $36.8m worth of crypto partnerships and club front-of-shirt sponsorship revenues this season, $27.8m of which involved crypto and fan token companies. These deals involved the likes of Dapper Labs, Socios.com and Sorare.” 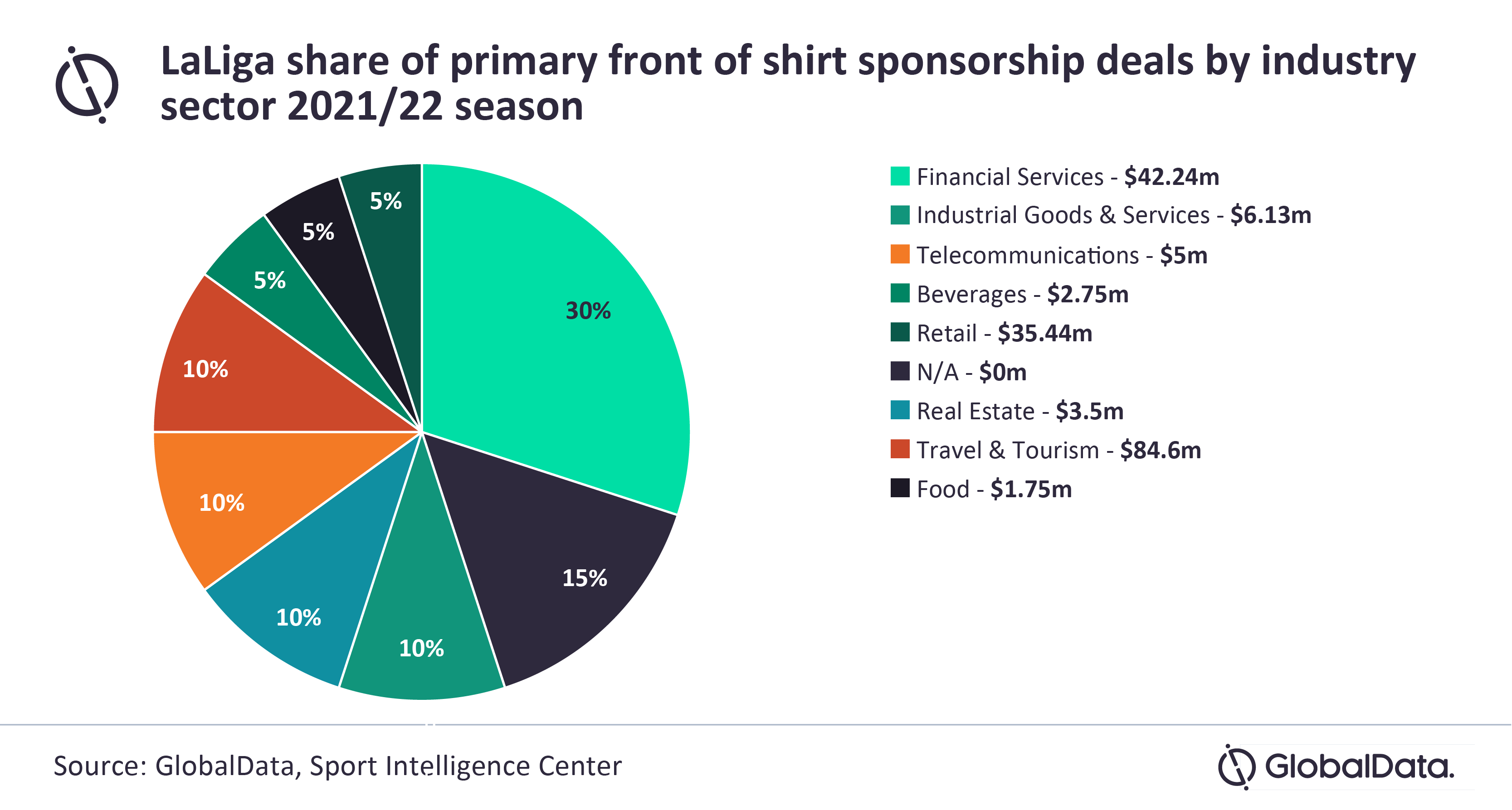 GlobalData reveals that club shirt sponsorship revenue has been greatly impacted by Spain’s ban on betting brands, which has contributed to three clubs starting the season without an official partner logo on its shirts. Crypto brands have, therefore, been readily accepted to help plug the gap.

Kemp continues: “In the shirt sponsorship space, money has often been the biggest driver of announced shirt deals, and betting brands have been known to pay that bit extra across the top European leagues in recent seasons – potentially because of the taboo around the sector and the strong desire to target global markets. In replacing betting brands with those based in cryptocurrency, clubs are not only agreeing terms with companies that can offer financially lucrative partnerships, but they can also deliver the added value of creating entirely new markets for the clubs through new technology such as non-fungible token (NFTs).”

Cryptocurrency brands have been on the rise in global sponsorship, and the financial services sector has enjoyed a huge rise in the presence of crypto logos on the shirts of Spanish clubs. Crypto has become the biggest sponsor in the region, having invested $9m, as the financial services sector, more generally, replaces betting’s prominence on shirts this season, with 30% visibility.

Kemp concludes: “Individually, LaLiga teams have identified the value in the cryptocurrency sponsorship space, with Socios.com and Bitci.com benefitting from the new Spanish ruling. Valencia and Cadiz were forced to remove Bwin and Dafabet from their 2020-21 shirts, replacing them with the aforementioned brands.”

* Fan tokens are a form of cryptocurrency that offers fans access to a variety of fan-related membership perks such as voting on club decisions, rewards and unique experiences