Lazard has topped the latest mergers and acquisitions (M&A) league table of the top 10 financial advisers for the power sector based on deal value in the first half (H1) of 2019, according to GlobalData, a leading data and analytics company.

The financial advisory and asset management firm advised on five deals worth US$7.1bn, including the big ticket deal of Infrastructure Investments Fund’s acquisition of El Paso Electric for US$4.3bn.

According to GlobalData, which tracks all M&A, private equity/venture capital and asset transaction activity around the world to compile the league tables, Centerview stood at second position with just two deals, worth an impressive US$6bn, while JP Morgan finished at third with nine deals worth US$5.4bn.

Tokala Ravi, Financial Deals Analyst at GlobalData, says: “Infrastructure Investments Fund’s acquisition of El Paso Electric helped Lazard and Skadden to lead the tables of financial and legal categories, respectively. Despite advising on 12 transactions each, Rothschild & Co in the financial category and Linklaters in the legal category settled at eighth position due to low-value transactions.” 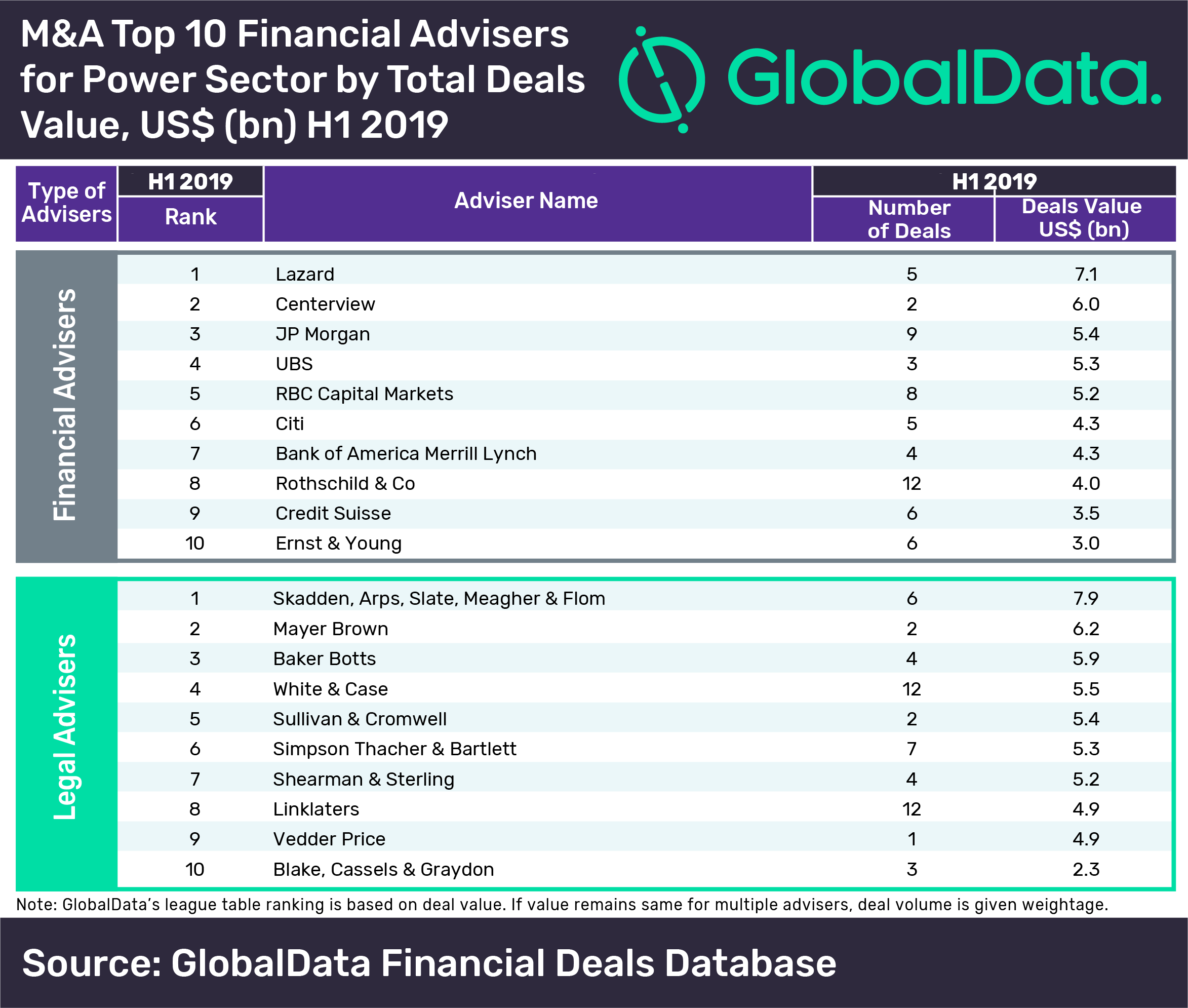