Following the recent news that Exxon Mobil Corp (Exxon Mobil) is seeking bids for its Norwegian oil and gas fields, Daniel Rogers, Oil & Gas Analyst at GlobalData, a leading data and analytics company, offers his view on the announcement:

“The withdrawal of Exxon Mobil will have little impact on the Norwegian upstream landscape, with only one confirmed non-operated project in the pipeline, Trestakk. Exxon Mobil’s position in Norway has been dwindling over the recent years; the company offloaded all of its operated assets in the country in 2017 but still retains stakes in 19 producing fields. Norwegian production only accounts for approximately 3% of the company’s total portfolio and the sale could help focus on activities in more core growth regions such as onshore US and deep-water South America. 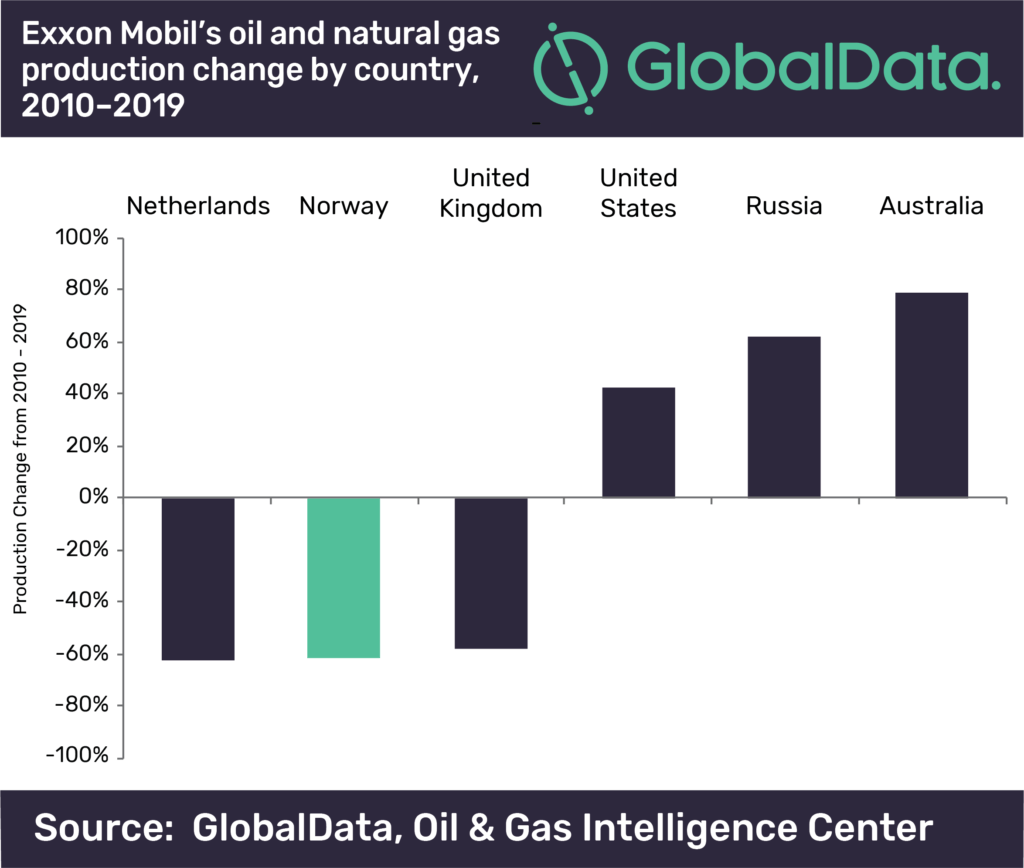 “For potential buyers, the assets would provide steady positive cash flow and an oil weighted production portfolio. The company’s Norwegian production in 2018 averaged 155,000 barrels of oil equivalent per day (boed) and has declined year-on-year over the last 11 years due to production declines in major fields such as Statfjord, coupled with the sale of major assets like Balder.

“With estimated remaining recoverable reserves of approximately 400 million barrels of oil equivalent (mmboe) from producing fields there is significant value to be captured. Growth opportunities include the Trestakk oil field due to commence production in 2019 with expected gross recoverable reserves of 80 mmboe, the Snorre expansion project expected to extend field life beyond 2040 and gas discovery opportunities at Lavrans and Mikkel Sor.

“A number of potential buyers include Lundin Petroleum AB, Aker BP ASA and PGNiG SA, all who have been active in asset acquisitions in the region of late. Local player DNO ASA intends to add to its Norwegian portfolio since its hostile takeover of Faroe Petroleum earlier in the year. Rapidly growing Chrysaor Holdings Ltd, which has a track record of acquiring producing assets from the majors in the region, could look to expand its footprint in Norway to further boost its North Sea production.”