Low value deals (investment <=US$10m) accounted for the majority of the venture capital (VC) investment volume in the Asia-Pacific region during the fourth quarter (Q4) of 2019, according to GlobalData, a leading data and analytics company.

The share of low value deals across all the funding size ranges increased in Q4 2019 compared to Q4 2018. Within the low value deals, the highest number of deals was announced in the range of US$1-5m.

On the other hand, the top 20 deals announced during the quarter accounted for more than 50% of total deal value in 2019. While Q4 2018 witnessed three billion dollar deals (investment >=US$1000m), Q4 2019 witnessed announcement of four such deals. 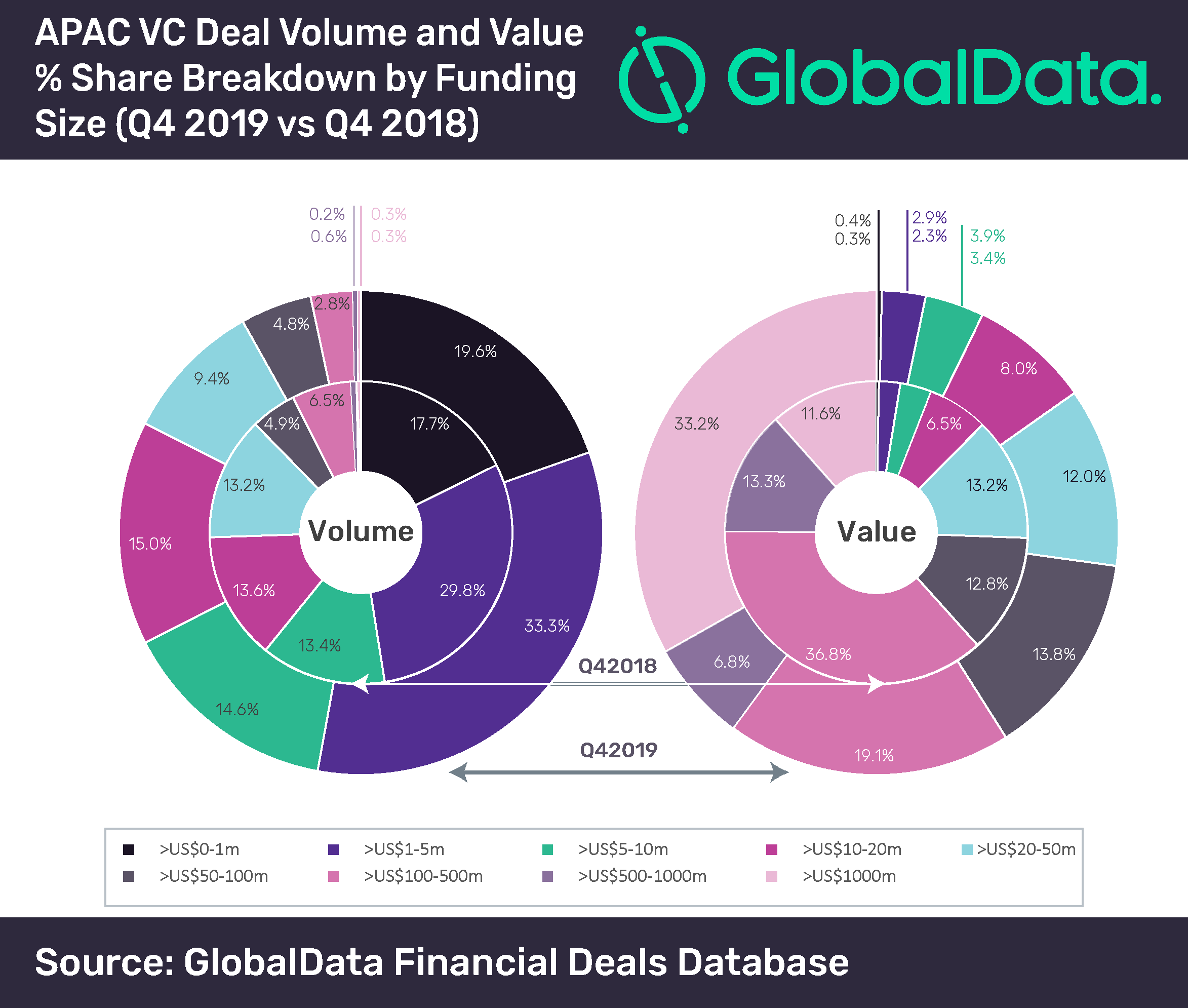 The top five countries by deal activity (China, India, Japan, South Korea and Australia) collectively accounted for around 90% of total VC investment volume (including VC investments with disclosed funding value only) and value, with China occupying the top position distantly followed by India.

However, India witnessed a major leap in funding activity in Q4 2019 with the investment volume and value increasing by 57.1% and 181.6%, respectively during the quarter as compared to the previous quarter.

On the other hand, deal activity remained relatively sluggish in China (compared to India) with its deal value remaining mostly unchanged/flat in Q4 2019 compared to Q4 2018 and deal volume growing by 20.2%.

Bose concludes: “However, the US signing trade deal with China on 15 January 2020 is expected to ease some of the investor concerns and fuel funding activity in the country.”