Venture capital (VC) investments in the Internet of Things (IoT) space experienced a fluctuating trend in 2018, as the share of deals valued <$5m mostly grew while the deal volume registered inconsistent growth during the year, says GlobalData, a leading data and analytics company.

Overall deal volume witnessed decline in Q2 and Q3 2018 before returning to growth in Q4 2018. Low value deals (investment <=US$10m) continued to dominate VC investments across all the quarters in 2018. In total, 230 VC deals in the IoT space had disclosed deal value of <$10m, which accounted for 67.8% share of the total deal volume in 2018. Within low value deals, all the four quarters registered the highest number of deals valued between US$1m-US$5m range.

Deal volume declined by 19.2% in Q3 2018 as compared with the previous quarter. Overall 63 deals were announced during this period, which was the lowest among all the quarters in 2018. A total of 40 deals with value up to US$10m were announced during this quarter, accounting for 63.5% share of the total deal volume. This quarter also witnessed two deals valued more than US$100m. 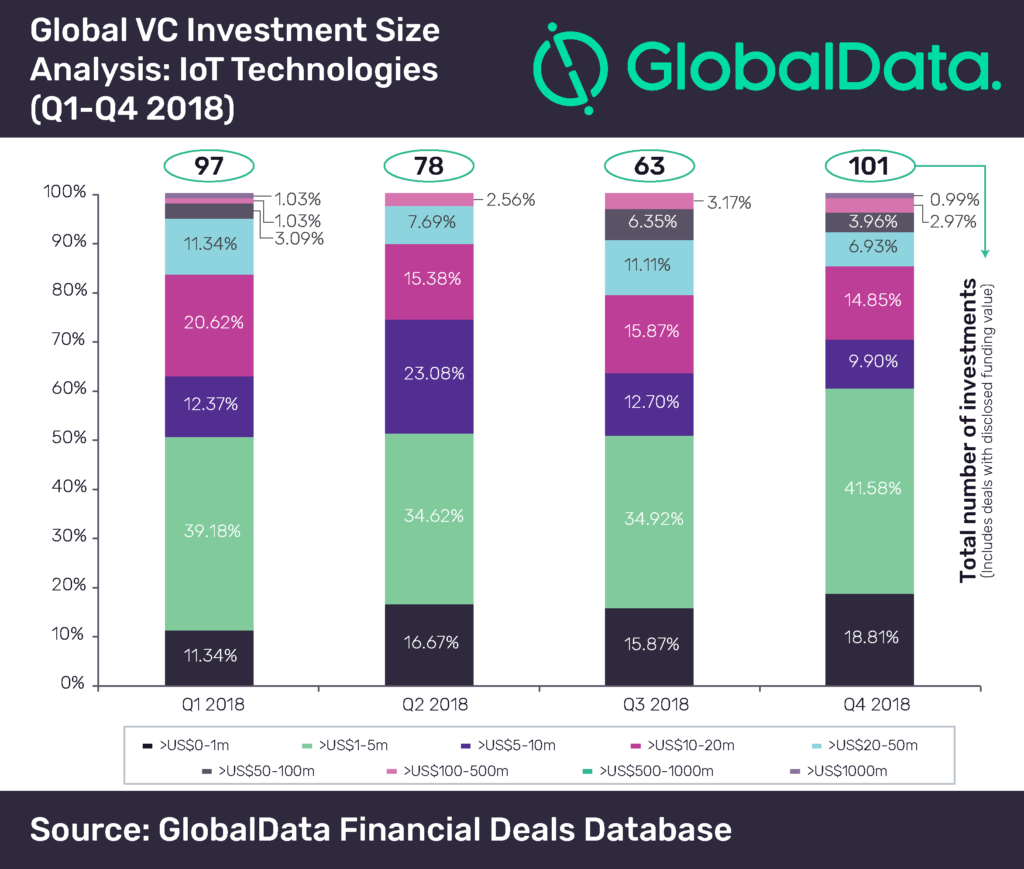 Aurojyoti Bose, Financial Deals Analyst at GlobalData, says: “Fewer high value deals in the IoT space indicate growing cautiousness among investors, with concerns around low success rate of IoT implementation projects at the back of their mind. However, growth in deal volume and value in the last quarter of 2018 testifies that optimism still prevails in the space with promising/innovative startups expected to continue generating investors’ interest.”