Smart homes, autonomous vehicles, smart cities, industrial Internet of Things (IoT) and smart healthcare are set to drive the growth of machine to machine (M2M)/IoT connections at a compound annual growth rate (CAGR) of 11% between 2019 and 2024 in Australia, according to GlobalData, a leading data and analytics company.

An analysis of GlobalData Fixed Communications, Mobile Broadband and Pay-TV Forecast Packs reveals that there will be around 11.1 million M2M/IoT connections in Australia by 2024-end.

Antariksh Raut, Senior Analyst of Telecoms Market Data & Intelligence at GlobalData, says: “IoT will revolutionise the future of information communication sector by establishing seamless communication between machines and consumers. 5G will emerge as the backbone of IoT ecosystem due to its massive speed, responsiveness and energy efficiency. Australian mobile network operators (MNO) have already got their 5G spectrum in place and 5G connectivity will soon be a reality for consumers.”

According to GlobalData estimates, 5G subscriptions in Australia are forecasted to reach 9.6 million by 2024. 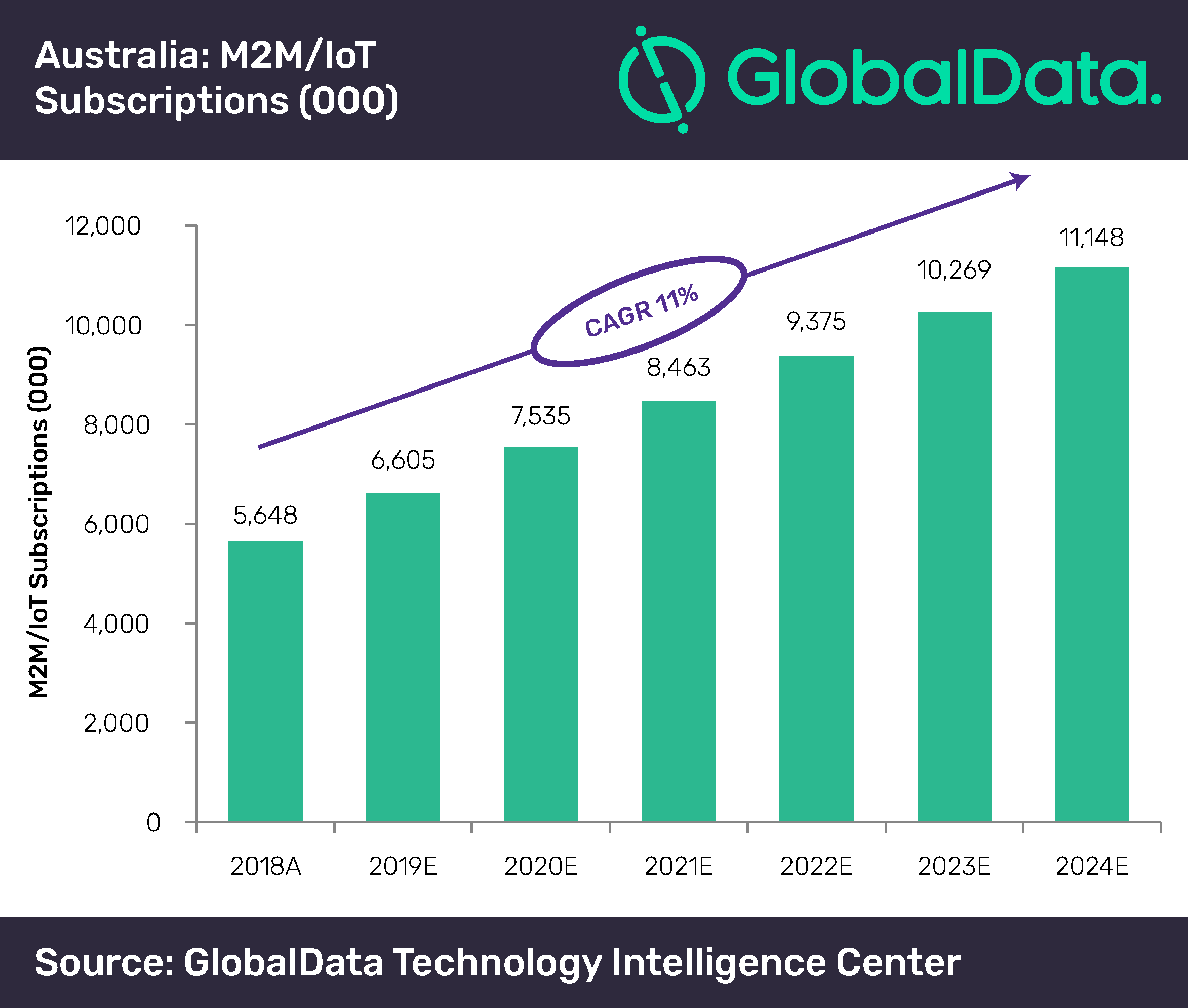 Australian mobile network operators (MNOs) have already started investing to strengthen M2M/IoT infrastructure. For Instance, Telstra has been upgrading its M2M/IoT network with a long-range narrowband-IoT (NB-IoT) solution from Ericsson, which is capable of extending a NB-IoT enabled base station’s reach up to 100km from the previous limit of 40km.

Raut continues: “To leverage the growing demand from M2M/IoT applications, MNOs in Australia have started providing industry-specific solutions such as smart cities, asset tracking, and supply chain and logistics. Operators like Telstra, Optus and VHA have comprehensive listing of IoT solutions offerings on their company website.”

Raut concludes: “Australian operators understand the significance of M2M/IoT applications and its impact on company revenues. By leveraging 5G infrastructure and investing in NB-IoT technologies operators have already started the new chapter of telecommunication businesses by moving to new revenue streams like M2M/IoT from its conventional mobile and fixed broadband communication services.”