The payment technologies space witnessed a consistent growth in M&A volume between 2014 and 2018; however, venture capital (VC) funding fluctuated during the same period, according to GlobalData, a leading data and analytics company.

M&A volume increased at a compound annual growth rate (CAGR) of 35.1% during the review period, with growth witnessed across all the years. In contrast, VC funding volume declined in two back-to-back years, 2016 and 2017, before again registering ~8% growth in 2018. 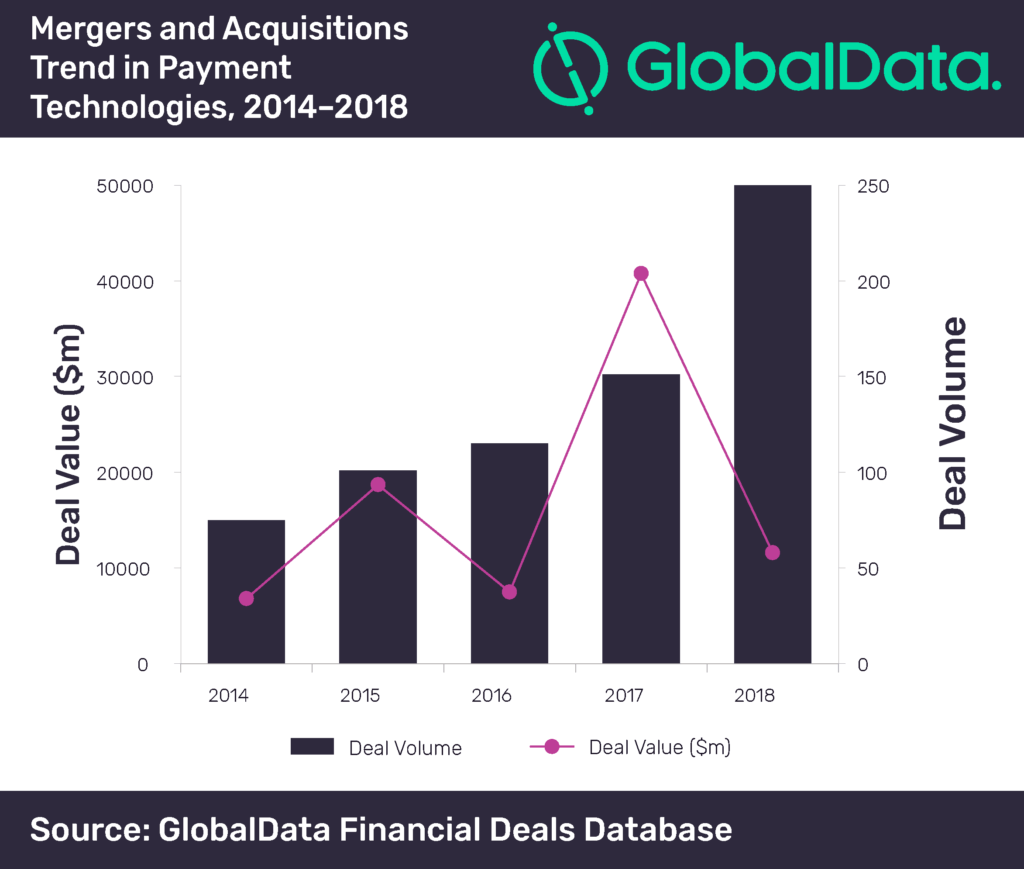 IMAGE FOR PUBLICATION – Please click this link for the chart: ‘Mergers and acquisitions trend in payment technologies, 2014–2018’

US-based companies dominated the M&A activity, with three American companies featuring among the top five acquirers in the payment tech space. These companies were involved in both domestic as well as cross-border deals. China-based Alibaba also emerged as one of the top acquirers, with focus on Asian companies.

Aurojyoti Bose, Financial Deals Analyst at GlobalData, says: “With advance payment technologies being core to online business models, companies operating in this space will continue to garner investors’ interest. A number of core payment companies have acquired payment tech start-ups, suggesting a changing role of technology from enabler to differentiator in this space.” 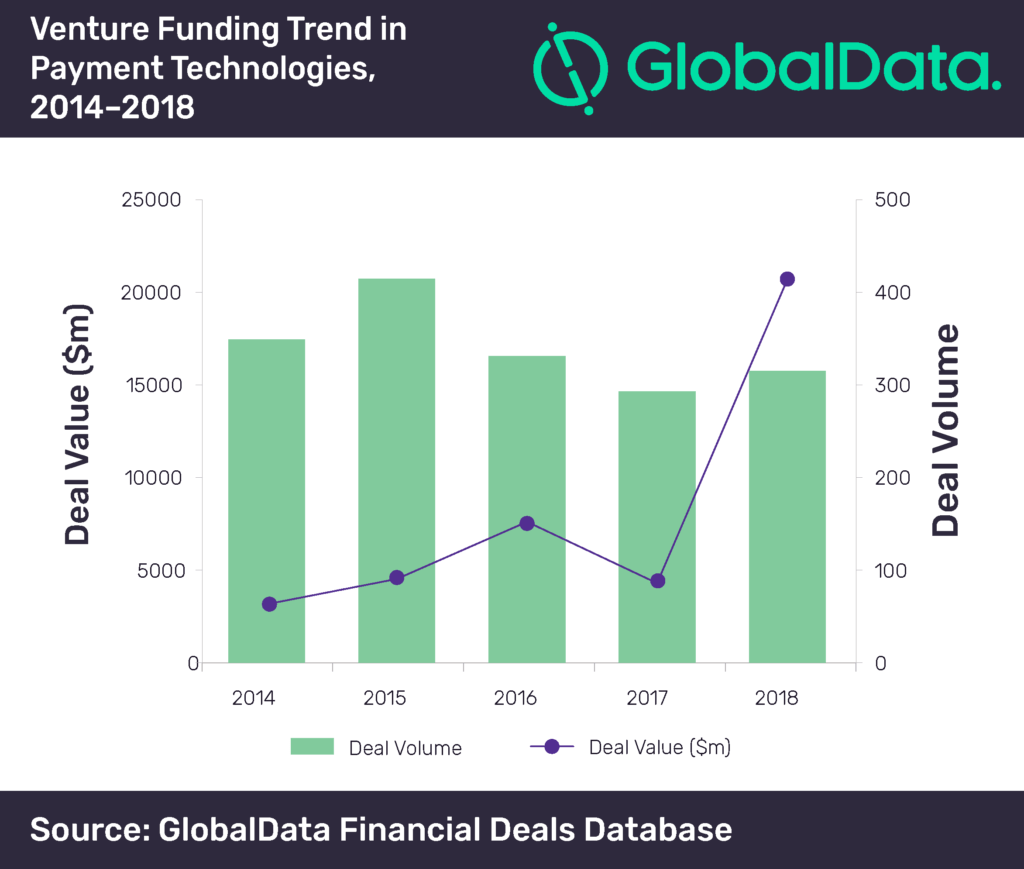 IMAGE FOR PUBLICATION – Please click this link for the chart: ‘Venture funding trend in payment technologies, 2014–2018’

In disclosed value terms, VC funding saw a major leap in 2018, mainly driven by $14bn Ant Financial funding. However, M&A deal value declined by 71.6% despite an increase in volume, mainly due to the absence of any big-ticket deal in 2018.